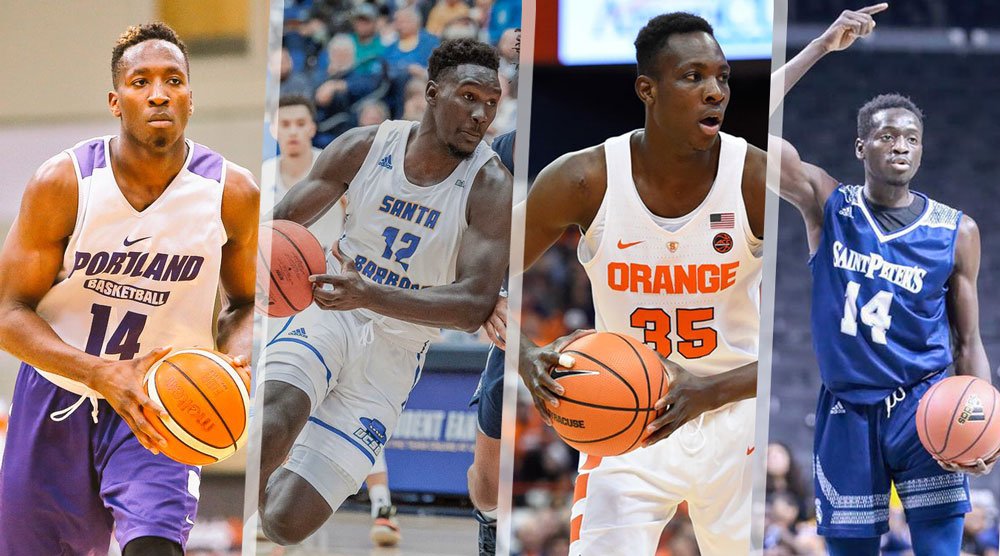 FIND EVERY WEEK A SUMMARY OF THE PERFORMANCE OF MALIAN PLAYERS EVOLVING IN THE AMERICAN UNIVERSITY CHAMPIONSHIP (NCAA).

Former under-17 international pivot N’Faly Danté (2.11 m-104 kg) has been absent for four games played by the Oregon Ducks. Oregon lost at home last weekend (60-70) without his pivot Danté, who suffers from the knee, he was injured against the Huskies. Dante has relatively good statistics this year: 6.2 ppg, 2.7 rpg and 0.4 apg.

Sekou Dembele (Southern Illinois Salukis)
Dembele (2m01-104kg) did not take part in Salukis’ victory over Drake Bulldogs who beat 79-72. Dembele’s overall statistics for this year are: 1.6 ppg, 2.0 rpg and 0.1 apg. He played for the Mali national team in 2017.

Fousseyni Dramé (Saint Peter’s Peacocks)
The international U19 Fousseyni Dramé (2m01-87 kg participated in the victory of the Peacocks in their last away game against Siena Saints (80-85). Drama played 16 minutes with an average performance 5 points and seized 3 rebounds This year, Fouseyni’s overall statistics are 4.8ppg and 4.1rpg and 0.3 apg.

Hassan Drame (Saint Peter’s Peacocks)
The international U19 Hassan Drama (2m01-86 kg) is teammate of his twin brother Fousseyni Drama mentioned above. Hassan actively took part in the Peacocks’ victory in their last away game against Siena Saints (80-85). He scored 12 points and 5 rebounds and made 2 asists in 18 minutes of play. This year, Hassan’s total stats are 5.2 ppg and 5.7 rpg and 0.7 apg.

Bourama Sidibe (Syracuse)
Sidibe (2m08-97kg) was able to help Syracuse in his loss to the field of one of the NCAA’s big names, the Duke Blue Devils 98-88. Sidibé scored only 8 points and grabbed 7 rebounds in 22 minutes of play. This year, Sidibe’s overall statistics are 5.4 ppg, 7.1rpg and 0.2 apg.

Abdoul Karim Coulibaly (Pittsburgh Panthers)
Coulibaly (2m06-PF) made a shy contribution in the win outside the Pittsburgh Panthers against the Miami Hurrican 57-62. In rotation, the native of Bamako could only score 2 points and 1 rebound in 9 minutes of play. This year, Coulibaly posted an average of 2.0 ppg, 1.4 rpg and 0.3 apg.

Tahirou Diabate (Portland Pilots)
By finishing second best scorer for his team, Diabaté (2m06-F-98kg) could not help his Portland Pilots team, largely dominated on the field of Santa Clara Broncos 81-65. He scored only 14 points and made 8 rebounds in 27 minutes of play. Diabate’s total statistics this year are 9.5 ppg, 5.0 rpg and 0.4 apg.