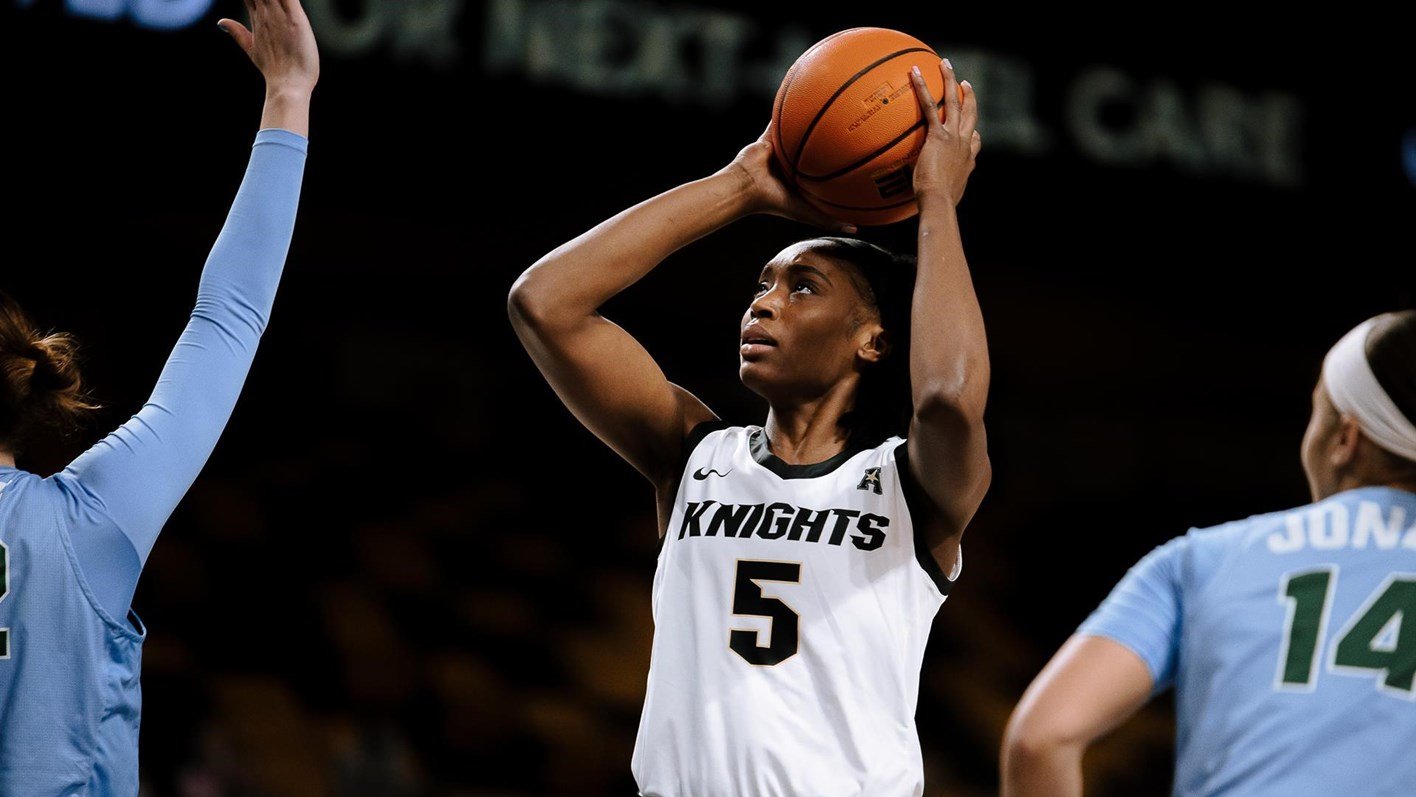 CHICAGO — Masseny Kaba of the UCF women’s basketball team was signed Saturday by the Chicago Sky to a training camp contract.

Kaba joined the defending WNBA champions at the start of training camp, which began on April 17.

The Dorchester, Massachusetts native finished her career ranked third in total blocks (123), fourth in rebounds (846), ninth in free throws made (244) and 10th in total points (1 214). She was the only Knight in program history to finish with 800 rebounds and 100 blocks. Kaba was also the 20th Knight to join the 1,000 Points Club.

This season, she was UCF’s third-leading scorer (9.8 PPG) and rebounder (5.8 RPG). She led the team and tied for fifth in the single-season standings with 41 blocks. She has won 110 games throughout her career and earned American Athletic Conference Third Team honors in 2021-22. Kaba helped UCF sweep the U.S. regular season and tournament titles in 2021-22 while debuting in the program’s Top 25 in both national polls.

During his tenure as a knight, the Black and Gold made four playoff appearances, including three NCAA spots. This season, she helped UCF earn its highest seed in program history and led the 7th-seeded Knights to their first NCAA Tournament win.