International U19 of Mali, Fanta Koné was born on January 27, 2002 in Bamako, she measures 1m72 for 64kg. She plays the positions of leader and wing. The young young player was trained and did all her classes at Djoliba AC in Bamako from 2013 to 2019. African champion FIBA ​​U16 and U18 in 2017. She participated in the world FIBA ​​U17 and U19. At the dawn of her 18th birthday and currently living in the United States, she gave us an interview.

BM: Who is Fanta Koné?

FK: My name is Fanta Koné daughter of Sékou and Fatoumata Dembélé. I come from a very modest family with a brother and a sister.

BM: Tell us about your beginnings in basketball, difficulties and good times experienced? ?

FK: I started basketball at the age of 11 and immediately loved the sport. For two years I trained fairly intensely, two to three per week. In 2015, after an accident, I had a fracture in my left arm which handicapped me for a while, it was a difficult period, but it did not diminish my desire to play basketball. I even often train myself with plaster on my arm. 2017 constitutes a great turning point in my career as a young player, thanks to my relentlessness I was able to gain the confidence of coach Mamoutou Kané who gave me my chance by integrating myself into the senior workforce of Djoliba, thus opening me up the gates of the elite of the Malian women’s basketball championship. I remember he said to me every time “you are going to play with your big sisters in this case do the maximum to play well. The objective is that you double your effort in each match to prove your worth and I know although that all can scare you, but in time you will end up imposing yourself. ” It was his pre and post match speeches that gave me the strength to outdo myself. The good times were when I joined the senior team for the first and the icing on the cake, we had a perfect season with a double cut / championship. There is also my very first title of African champion with the U16 of Mali in Bera in Mozambique in 2017.

BM: Let’s talk about your scholarship and your new life in Ashburnham (United States)?

FK: Thanks to Hamechetou Maiga, former player of the WNBA and the Mali team, I was able to go to the Basketball without Border camp, organized by the NBA Africa Academy in Dakar, and it was there that I received a scholarship that will allow me to combine sport and study. I joined the Cushing Academy, a private preparatory school and I live in Ashburnham, a small town of over 3000 souls, in Worcester County, Massachusetts, United States. 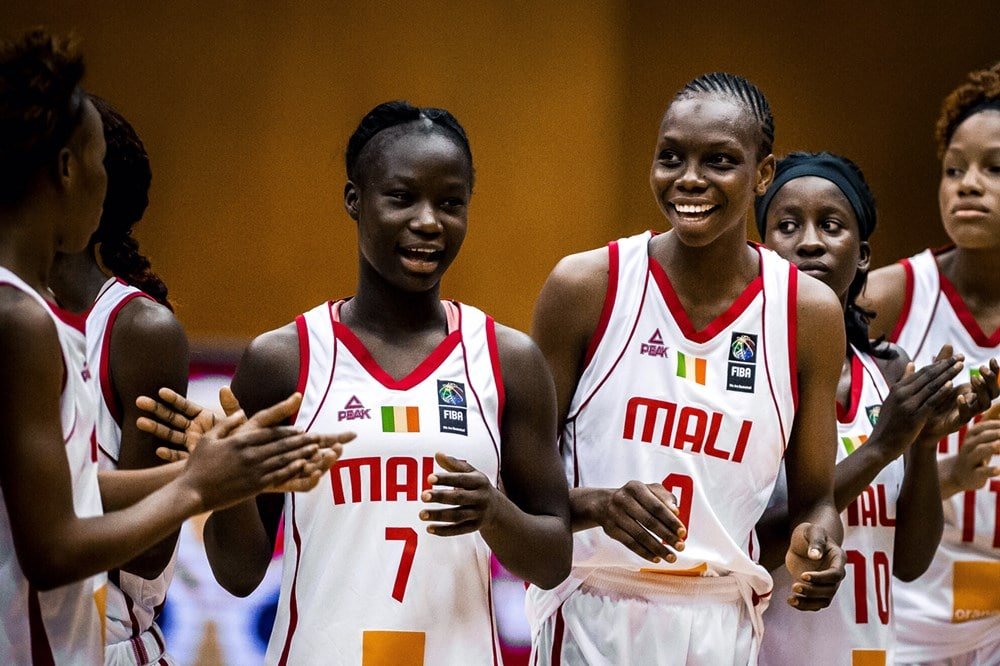 BM: How is your new life, the difficulties and the language problem going?

FK: My adaptation to my new life is going well. My host family took me as one of them and everyone is nice to me. The beginning was a little difficult because I missed my family and then the language too, I did not understand, but today it is fine.

BM: Last summer at the U19 World Cup, at only 17, you carried on your frail shoulders the role of titular leader of the team, what did it bring you as an experience ?

FK: What an adventure with the Mali U19s, we went on quarter for the first time and finished in 7th place. I learned to play at an even higher level, although I had already made a U17 world cup. I really learned new things.

BM: Do you plan to participate this year in your first African U18 championship with Mali?

FK: Yes I am thinking of going to the African U18 championship with Mali, it will allow me to replay with my generation who was African U16 champion in 2017.

BM: What is your big dream?

FK: My dream is to become a professional player in WNBA, join team A and win major trophies with Mali

BM: What is your word for the sports public?

FK: I thank them very much for their unwavering support during the short time I spent on parquet floors in Mali.