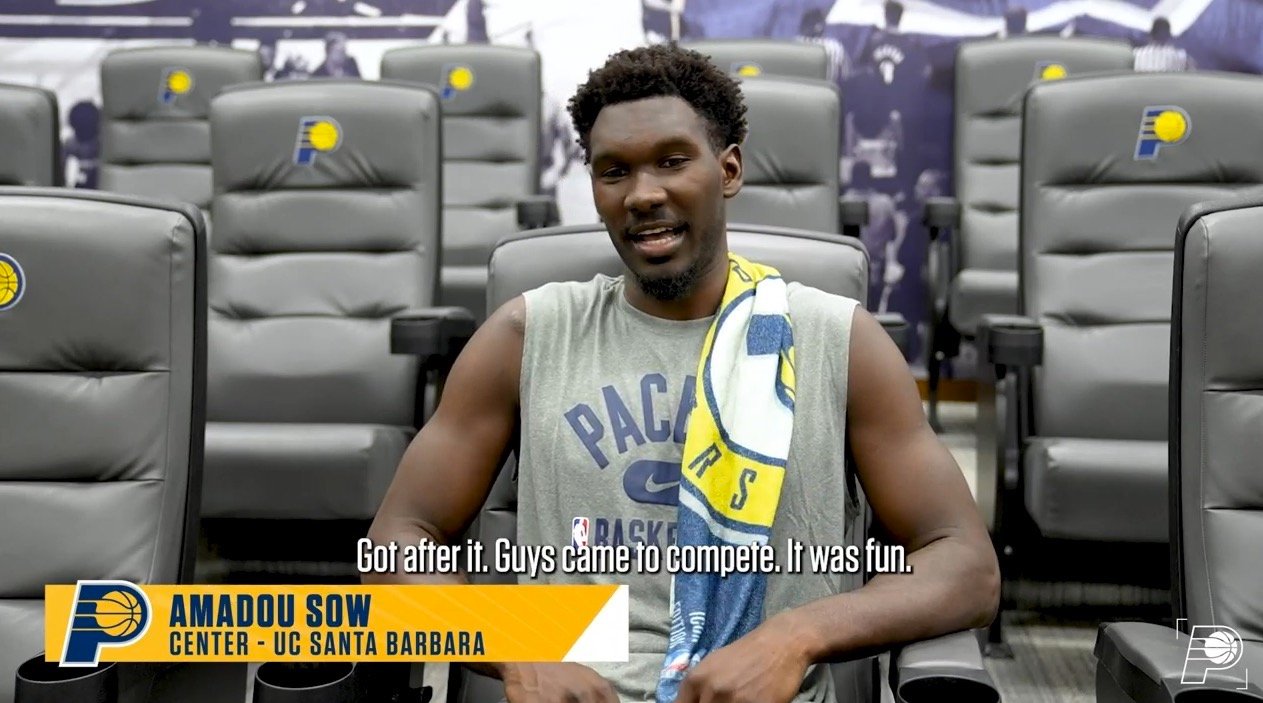 The final two players in Wednesday’s practice grew up halfway around the world but have similar stories.

Fanbo Zeng and Amadou Sow moved to the United States as teenagers to pursue their basketball dreams, Zeng from China and Sow from Mali. Both had to adapt to a new country and learn a new language during their formative years, but that decision led them each to NBA workouts.

Zeng, a 6-foot-11, 190-pound forward, spent two years playing high school basketball in Florida, although he moved back to China when the COVID-19 pandemic hit. He originally signed with Gonzaga, but changed course and opted instead to sign with G League Ignite, the NBA’s new path for players who choose to develop their games professionally for a season while preparing. for the draft.

The G League Ignite roster includes several NBA veterans, who are there to help mentor young players and teach them what it means to be a pro. One of Ignite’s veterans last season was C.J. Miles, who played for the Pacers from 2014 to 2017.

“Man, he’s a great shooter,” Zeng said of Miles. “The first day I trained with him, he hit about 20 straight threes. He taught me on the pitch how to be confident when catching the ball.”
Zeng considers himself a stretch four with the ability to guard all five positions in defense. His game is still raw – he averaged 5.8 points and 2.8 rebounds in 13 games on the G League Ignite Tour last season, but the 19-year-old’s long-term potential could inspire a team to keep going to develop it on a two-way contract.

Sow didn’t start playing basketball until he was 13 years old. A few years later, he moved to California to play high school basketball.

Sow had a fulfilling career at UC Santa Barbara, scoring in double figures in all four seasons with the Gauchos. The 6-9 center averaged 15.6 points and 8.4 rebounds as a senior, knocking down three boards per game on the offensive end.

He described his game as “simple”, saying he prided himself on doing little things like smashing the boards and scoring around the edge.

Less than a decade after returning to play, Sow now finds himself auditioning for NBA teams, a wild path he could never have imagined as a kid growing up in West Africa.

“When I started playing basketball, I always wanted to play at this level,” Sow said. “Now that I have the chance to get closer to this, it’s a dream come true.”