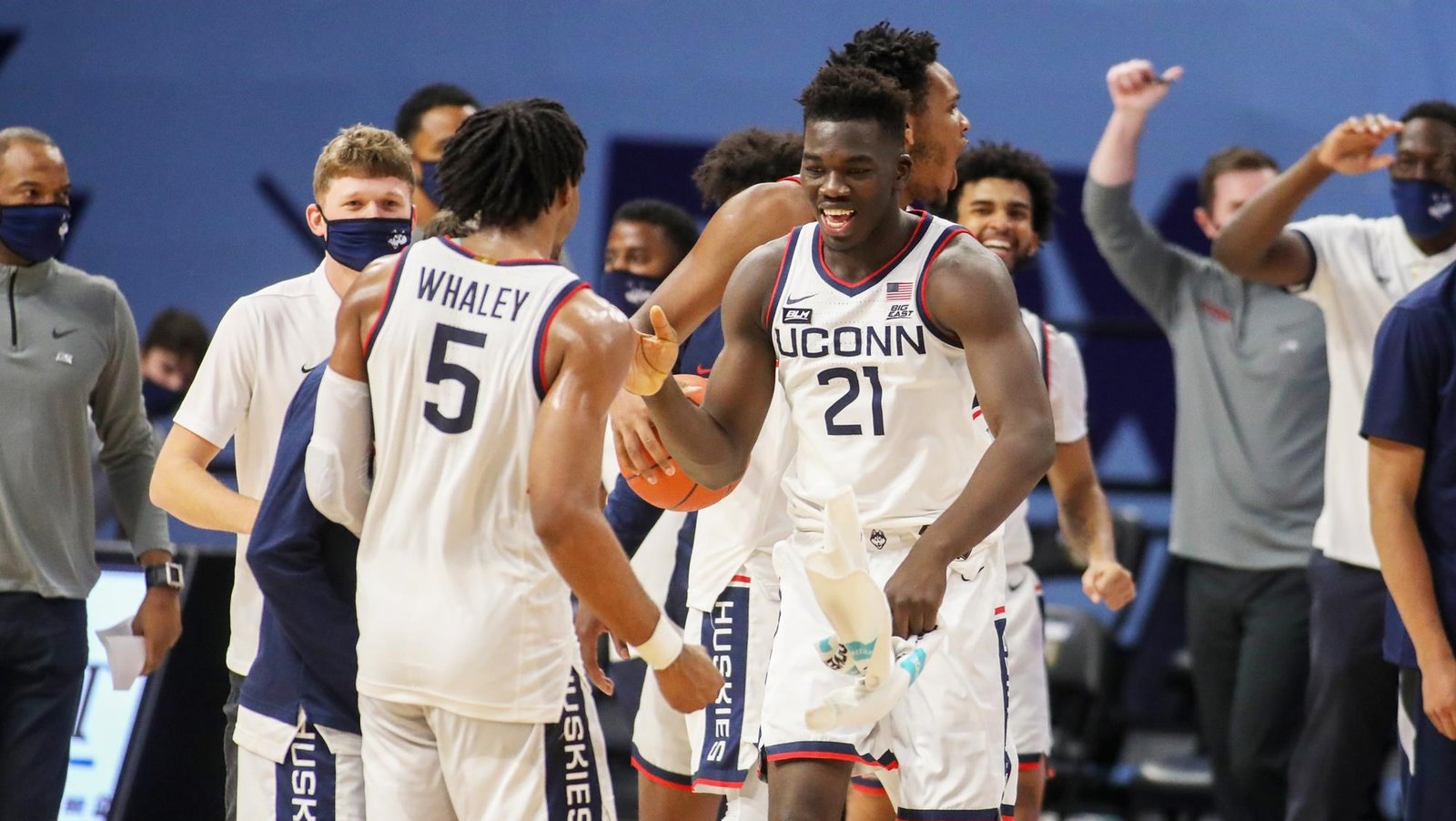 Adama Sanogo made a last-minute switch from committing to Seton Hall to UConn two years ago, largely because he felt Dan Hurley & Co. had a better chance of getting him to the NBA.

Scout #1: “He’s a little undersized. He actually reminded me a little bit of Emeka (Okafor) when I first saw him. Offensively, 15 feet in he’s pretty good. The way the game is today, everybody’s got to shoot 3’s, handle the ball. They want bigs to step out. That’s the challenge for him, he’s not gonna shoot 3’s. But, he can score in the paint, he’s strong, he blocks shots, he runs the floor, he’s athletic. To me, I think he has a chance.”

Scout #2: “I don’t really know how his game translates to the next level. He’s more of an undersized center at the next level, which is tough, because he’s kind of a mediocre rebounder. He’s a good rim-protector, he has the big body. But if you’re as tall as he is (6-foot-9) and can’t shoot it from deep, and you’re not overly skilled as a playmaker, it’s gonna be tough to translate at the next level.”

On whether Sanogo should consider entering his name in the 2022 NBA Draft:

Scout #2: “That would be a mistake. He really should keep working on his skill, try to diversify his game a little bit more. Because you can bully some guys at (the collegiate level), but it’s not gonna fly at the next level. If you can’t exploit your physical advantage at the NBA level, you’re gonna be a mismatch at the other end.”

Scout #1: “He needs Danny, he needs development. He needs another year, for sure.”