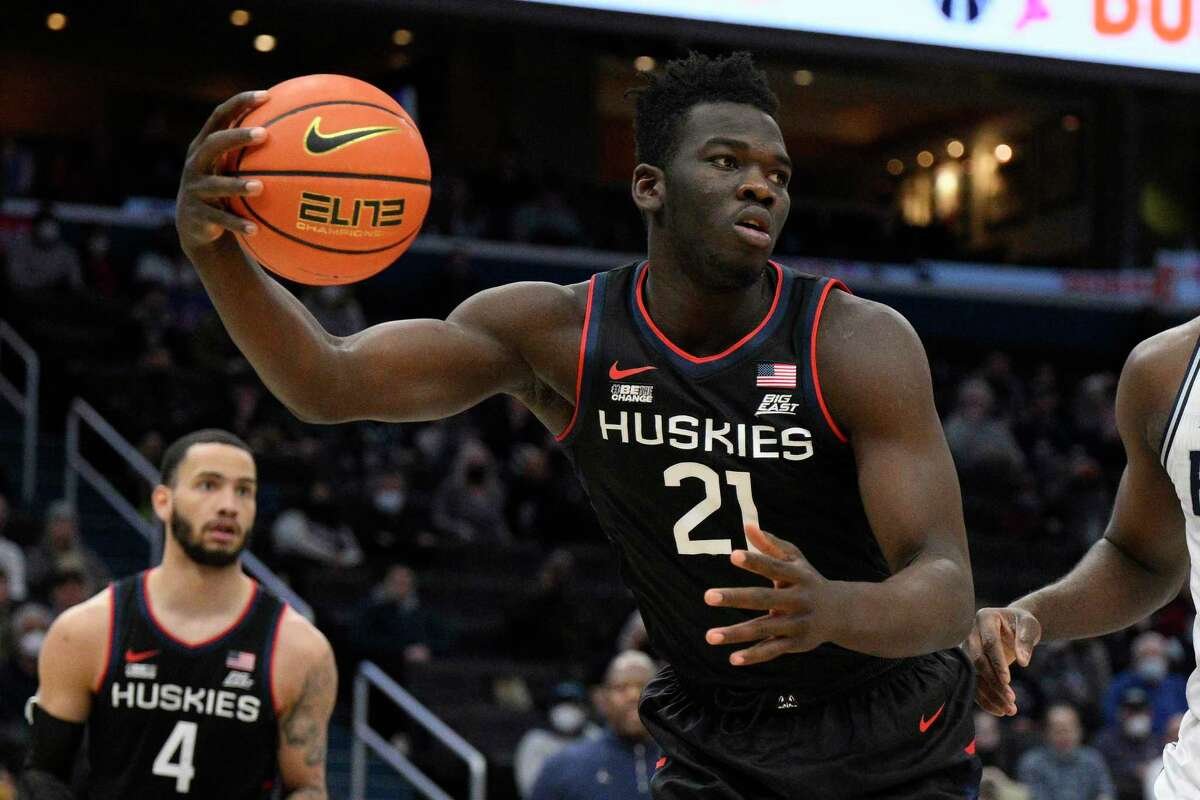 Adama Sanogo is considered one of the top five players at perhaps the most competitive position in college basketball this season.

Sanogo, the UConn men’s basketball team’s 6-foot-9 sophomore, has been named one of the five finalists for the 2022 Kareem Abdul Jabbar Center Award, presented annually to the top center in men’s college basketball

Sanogo is averaging 14.8 points and a team-leading 8.5 rebounds per game. In Big East games only, he leads the conference in rebounding at 9.2 per game and is 10th in scoring with a 14.6 average. He also leads the Big East in field goal percentage (51.0%), ranks fourth in blocked shots (2.1) and second in offensive rebounding (3.8).

A national committee of top college basketball personnel determined the watch list of 20 candidates in November, which was narrowed to 10 candidates in late January and now just five finalists. This month, the finalists will be presented to Abdul-Jabbar and the Hall of Fame’s selection committee.

The winner of the 2022 Kareem Abdul-Jabbar Center of the Year Award will be determined by a combination of fan votes and input from the Basketball Hall of Fame’s selection committee. Naismith Starting Five Fan Voting presented by Dell Technologies will go live on March 4 on www.hoophallawards.com.