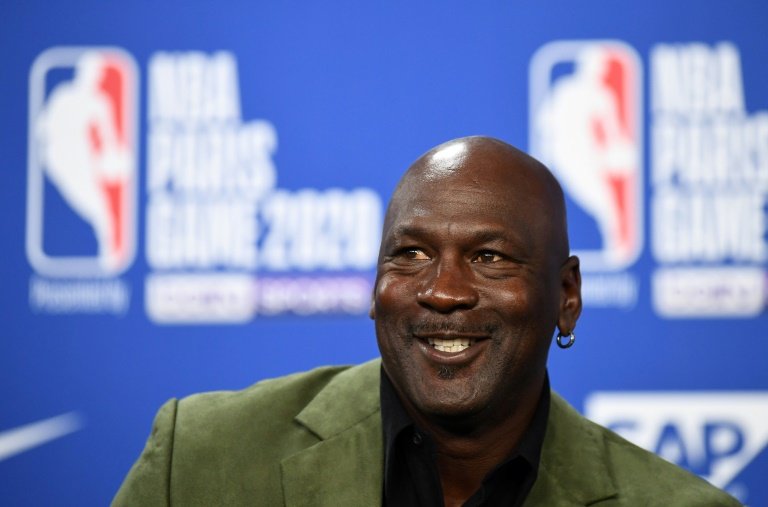 “These were the best two hours of containment”: like the Philadelphia 76ers player Tobias Harris, the NBA planet, forced to stop due to coronavirus, is racing for the exciting documentary series “The Last Dance “, on the epic of Michael Jordan’s Chicago Bulls.

The NBA, whose season has been suspended since March 11, has struggled to keep fans waiting for a hypothetical recovery, with video game and shoot (HORSE) tournaments involving notably Kevin Durant and Chris Paul, the best remedy for boredom began to air Sunday evening on ESPN in the United States, on Netflix in the rest of the world.

And after its first two episodes, which attracted an average of 6.1 million American viewers, a record for a documentary by the sports channel, “The Last Dance” did more than satisfy fans of the orange ball. Worthy of a Proust madeleine, it gave heart balm to the whole “Jordan generation”.

“The Last Dance” takes its title from that of a memo prepared just before the 1997-1998 season by coach Phil Jackson for his players, knowing that it would be whatever happened his last at the head of the team. The end of the story – a third title in a row, the sixth in eight years – is known, but the way it is written remains to be told.

Michael Jordan, then with the Chicago Bulls, carrying his Maurice Podoloff trophy for best player in the 1997-98 regular season, in Northbrook, a suburb of Chicago, May 24, 1998/ AFP/Archives / JEFF HAYNES

Rarely, Jordan, Jackson and their leaders, owner Jerry Reinsdorf and general manager Jerry Krause, agreed to open the locker room for a team to film the epilogue of one of the greatest dynasties in the world on a daily basis. history of sport.

But unlike “Eyes in the Blues”, which retraced at the same time the victorious epic of the French football team at the 1998 World Cup and was broadcast just after, these “eyes in the Bulls” will take 22 years to to unveil. With considerable added value, the posteriori intervention of all the actors and witnesses of the time.

“The Last Dance was fantastic, I loved everything !! The kids who never got to see Michael play now understand why he is the greatest basketball player of all time!” Tweeted one of the most famous d between them, Magic Johnson.

In its wake and that of former Miami star Dwyane Wade – “I’m going crazy” – current players hastened to express emotion and joy on this same social network, discovering only a fifth of this series .

“I could have watched the ten episodes now,” said Chicago point guard Zach LaVine. “When the credits started, I shed a tear,” was the back of the Brooklyn Nets Spencer Dinwiddie.

These two were 3 and 5 years old at the time of the facts, but they know the thrills brought by the legendary entries of the Bulls, at the Chicago Stadium then at the United Center, on the “Sirius” of Alan Parsons Project, and each imagined these scenes dreaming of living such great evenings.

But where “The Last Dance” is precious it is in the image that it returns the protagonists, followed step by step, without make-up. Jordan has also confided to the director Jason Hehir his fear of “passing for a horrible guy”.

“When people see these images, I’m not sure they can understand why I was so intense, why I did what I did, why I acted the way I acted and why I said what I said, “still feared” His Airness “whose harshness towards some of his teammates has not yet been revealed at this stage.

On the other hand, we see him laughing dryly at the obesity of Jerry Krause, the man who no longer wanted Phil Jackson and had therefore planned the dismantling of the team. We also hear him recounting, hilarious, his first steps in the NBA when he discovered that some team members were indulging in “cocaine, marijuana, girls” evenings in pre-season training.

The second episode is more focused on his “lieutenant”, Scottie Pippen, recalling, as if to do him justice, that despite his contribution so important, it was long only the sixth salary of the Bulls. What particularly reacted the French Rudy Gobert (Utah): “The impact of Pippen on the team remains undervalued”.

That of “The Last Dance” on the NBA and its fans is immense.