Back Djénéba Ndiaye passed by Djoliba AC and several times champion of Mali, signed with Spar Gran Canaria for the rest of the 2019-2020 season.

The Malian international, 22 years old, 1m72, finds her compatriot Sika Koné for the second part of the season. She signed up for a club renowned for giving young players the chance for their development. As proof, the pivotal international Mariam Alou COulibaly made his debut in the club before joining the Liga Endeza (upper league) and later in the Women’s League of France (LFB). Without doubt the most famous player trained at Spart Gran Canaria, is the Spanish international of Senegalese origin Astou Ndour who plays in WNBA.

The trainer of CB SPAR Gran Canaria was very happy with the incorporation of Djénéba N’Diaye and Marta Hermida in his team, at the microphone of the Ser Las Palmas chain. For him the signature of Djénéba N’Diaye, from AMI Basketball of the Moroccan league, will bring different things to the team:

“She is a player who stands out a lot on the Mali team. It’s different from what we had. She is very intense defensively and does not stop running in attack. She will be in rotation with Maria Spain and Sparkle Taylor, it’s great for us, “he said.

Ndiaye delivered his first match on Monday January 13th on the 13th day of the championship. Leaving the bench, she played 16 minutes with a shy start of 2 points, 2 rebounds and 1 assist. 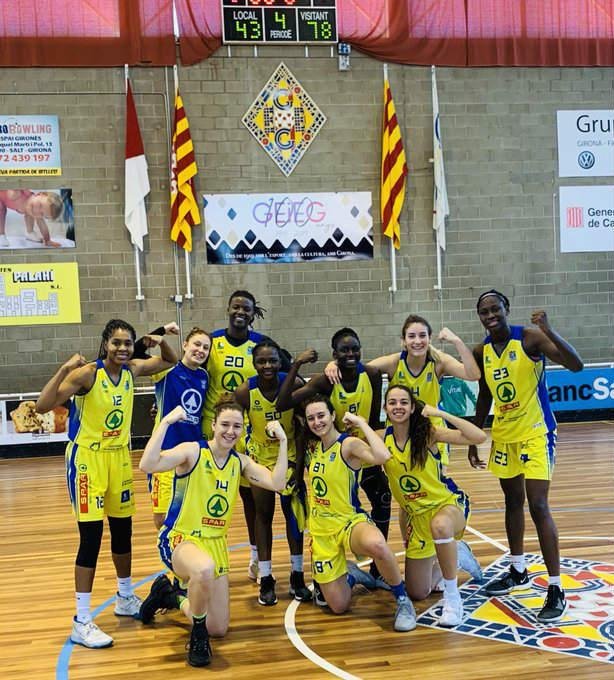 Djénéba NDiaye, standing 4th standing on the left with the number 50 I Courtesy Spar Gran Canaria