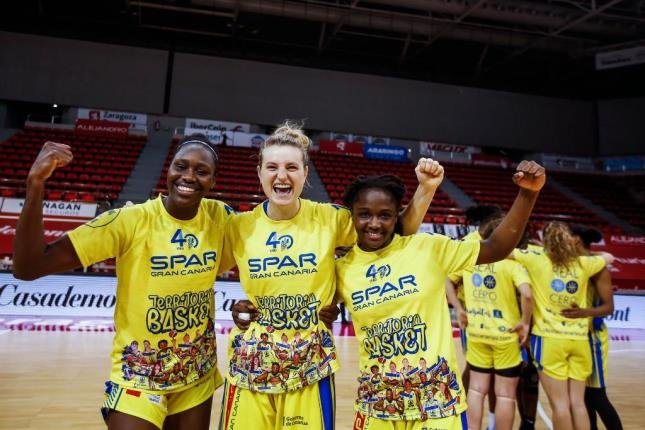 The first qualifying rounds for the title are already defined. The last team to qualify was SPAR Gran Canaria, which will face Perfumerías Avenida in the quarter-finals. The rest of the qualifiers are Valencia BC vs Durán M. Ensino; Spar Girona against Ciudad de La Laguna and Lointek Gernika against Movistar Estudiantes.

A record of 8 wins and just one loss in the last nine days of the Regular League has led SPAR Gran Canaria to fight for permanence to secure the eighth passport to the playoffs. The victory at Principe Felipe twins him with Perfumerías Avenida in the quarter-finals.

The remainder of the qualifying rounds consist of Valencia BC (second-seeded in the Regular League with just one loss in 30 days) against Durán Maquinaria Ensino, who returns in the qualifying round for the League title 17 years later. Spar Girona will defend the league title won in the 2018/19 season against Ciudad de La Laguna, while Lointek Gernika will play his fourth qualifying round before the revelation of the season: Movistar Estudiantes.

This season, the competition system has changed and the quarter-finals and semi-finals will be a knockout round-trip, with the second game on the field of the top-ranked team. The final will have the traditional three-game playoff with a home ground advantage for the top-ranked team in the Regular League. The calendar of the semi-finals and the final will depend on the progress of the European competitions.