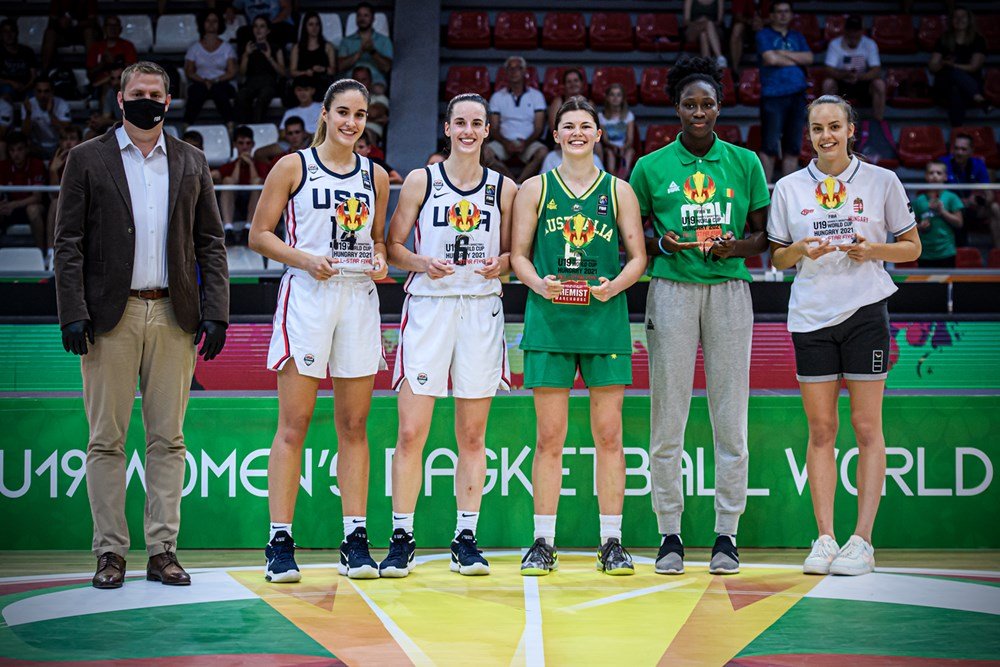 Mali were on fire for much of the competition and were able to advance to a historic ranking among the top four teams, largely fueled by the exceptional Sika Koné.

The powerful winger was strong for every opposing defense and finished the tournament’s top scorer and rebounder with 19.7 points and 14.8 rebounds per game.

Caitlin Cark of the United States was crowned MVP TISSOT and was joined in the All-Star Five by teammate Sonia Citron, who was also instrumental in securing the title for her country. Jade Melbourne was recognized for her work with Australia taking them to second place, while Julia Boros secured the All-Star title for guiding Hungary to bronze. Sika Kone of Mali secured her spot with a spectacular tournament double-double, leading the competition in both scoring and rebounding.