BANGKOK (Thailand) – She is one of the most exciting prospects to emerge from Africa in some time and for Aminata Sangare, the sky is the limit when it comes to the action in Bangkok and her future career.

Make no mistake, Mali basketball is on a seriously upward trajectory as they show more than ever that Africa has got game.

Sangare is part of a special generation of Mali players who have big ambitions both collectively and individually as they look to close the longstanding gap in comparison with other continents in the global game.

The forward is part of a heavy and potentially devastating three-pronged punch for Mali at the FIBA U19 Women’s Basketball World Cup in Bangkok. She will operate alongside her powerhouse colleague in the paint Sika Kone and the dynamic FIBA U18 Women’s African Championship MVP, Assetou Sissoko. 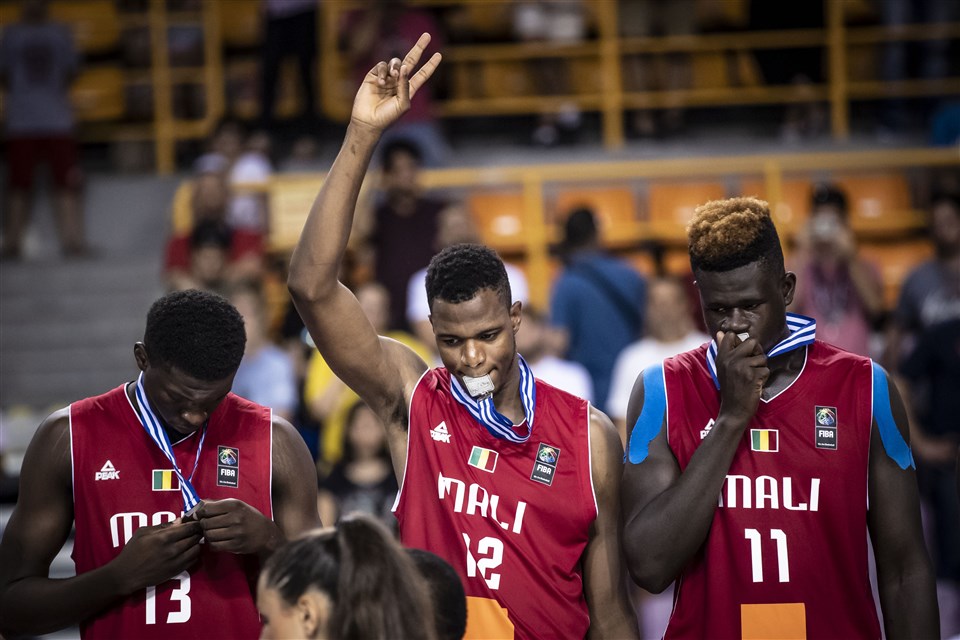 It gives Mali the platform to continue their momentum. At the last edition of this event, they became the first nation from Africa to win two games. And, they can take further motivation from the staggering run by their compatriots earlier this month at the FIBA U19 Basketball World Cup when the men reached the Final and pushed eventual champions USA hard.

“What the boys did has given us confidence and we want to replicate it,” said Sangare.

“We were happy to see it because they were the first team from Africa to ever make a Final. It was very good and I think they had the whole of Africa behind them.

“In my opinion, for Mali to have a successful campaign here in Bangkok, we will need a great synergy between our team staff and our players.

“We’re lucky that several of us have been playing together, so with this fact and with a clear respect of coaching instructions, we should fare well.”

That continuity and familiarity is certainly a big asset and it’s true that this is not a first global movie for Sangare. She stepped out last year at the FIBA U17 Women’s Basketball World Cup in Belarus and turned heads with her skills and production; as Mali collected wins against Argentina and New Zealand – as well as causing big problems for Italy and Canada. 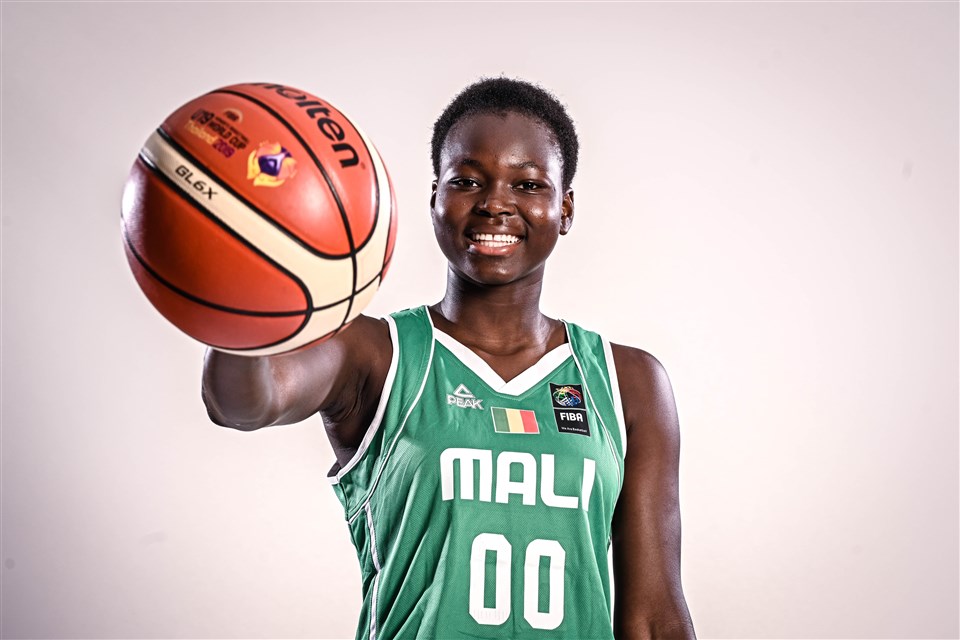 “Yes, when I played at the FIBA U17 Worlds last year in Minsk, it was the biggest competition in my life up until now,” smiled the forward.

“I really liked the environment and it was an opportunity to encounter some great basketball nations. I really enjoyed playing my basketball there.”

The smile on her face was not a surprise, since she racked up an amazing tournament double-double of 12.6 points and 13.1 boards per game, with her impact likely to be maintained in the Thai capital – even if facing many older players.

Much of that is due to the fact that she has opted to turbo-boost her basketball education by moving to Spain. She already had a solid grounding at a sports school in her homeland, but her move to Europe has given a fresh impetus and speed to her development. 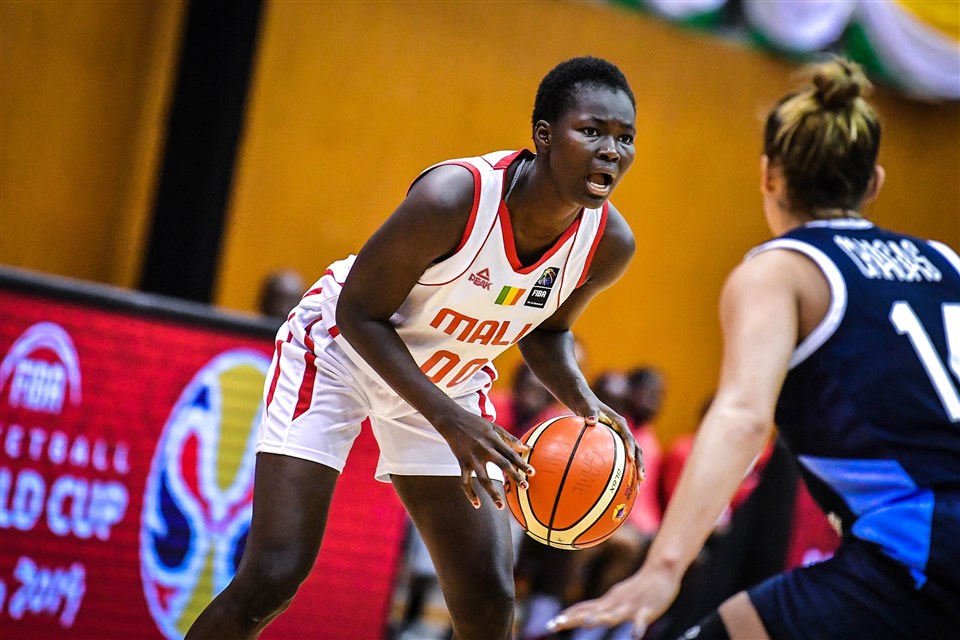 She revealed: “Before coming to Spain, I was playing more as an individual, but since then, it has changed a lot. I had started basketball at a young age and in rather difficult conditions since we lacked a lot of stuff, including balls, but we had to do the best with what we had.

One big help for her settling into the new surroundings has been the presence of another Mali baller on the men’s side of the club.

She stated: “The arrival of Fallou Diop has helped me a lot. Before leaving for Spain, I was really stressed, but at the same time confident. When I got there, I was ready to go on with this new chapter of my career full of dedication, focus and motivation.”

Smart and always backing herself to achieve because of her ability, the immense promise and potential of Sangare has already been recognized via her participation in the Basketball Without Borders (BWB) Global Camp. Indeed not only her presence at the event earlier this year, but the fact that she was an All-Star player in Charlotte. 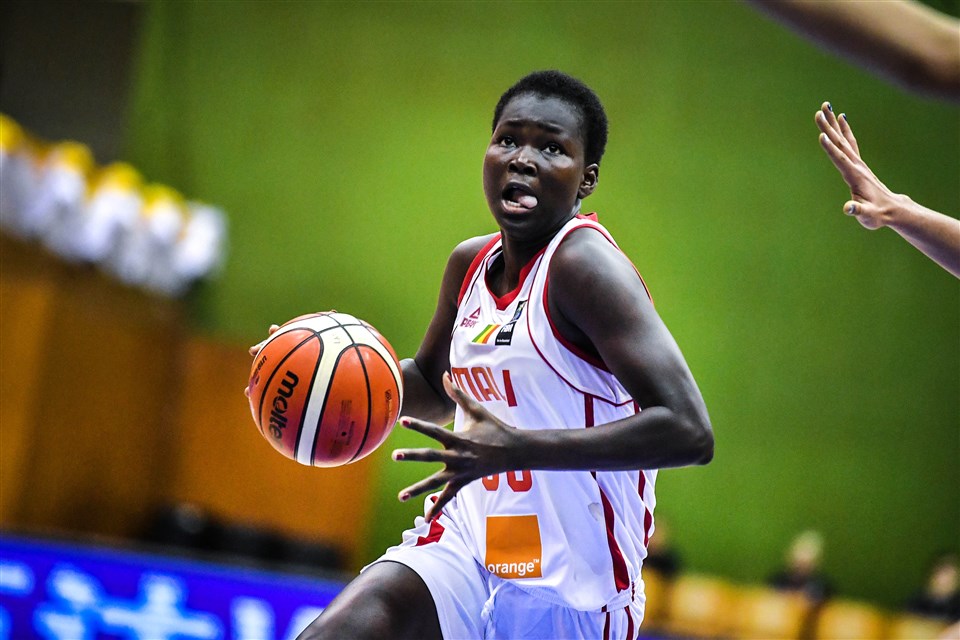 So what is the next stage for her and where does she see herself when assessing her journey?

“Well, I don’t come from a sports family and my motivation comes from my mother, while my confidence comes from my basketball academy back in Mali as well as from my teammates in Torrelodones in Spain,” she mused.

“In the long run, my goal is to become a professional basketball player, and why not play one day in the WNBA?

“Additionally, I would like to be able to help children in difficulty in my country and all over the world,” added Sangare.

And, perhaps her best chance of doing both will be to continue in this impressive vein. Because, on this current path, she is likely to become just the kind of role model that Mali needs and other young people will look up to and respect.