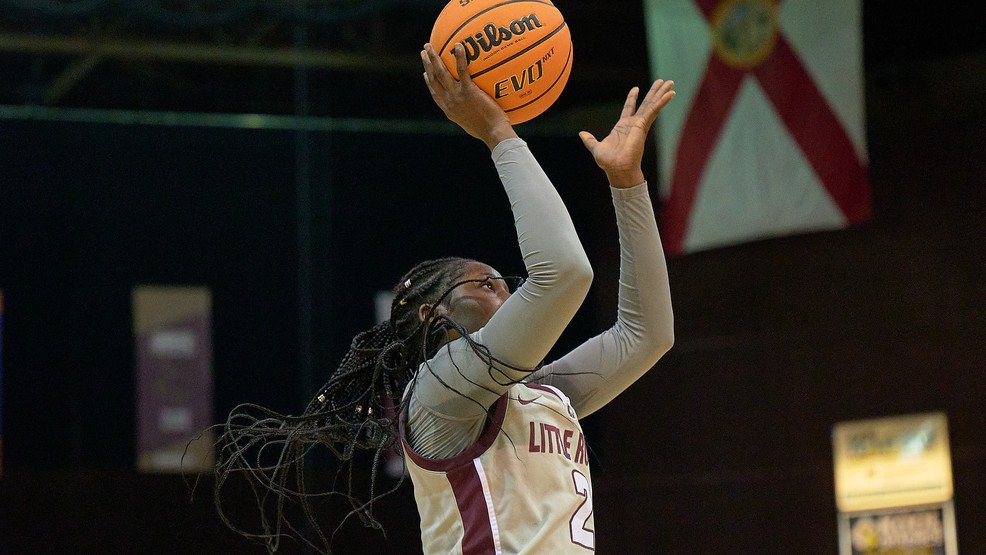 Raziya Potter and Mayra Caicedo combined to hit five free throws over the final 33 seconds as Little Rock escaped an upset with a 61-56 win over ULM in the opening round of the Sun Belt Tournament in Pensacola Wednesday afternoon.

Sali Kourouma led the Trojans with 21 points and hit seven of eight free throw attempts but it was Potter and Caicedo’s efforts at the charity stripe that gave Little Rock (16-9) its final push to withstand the Warhawks (4-25).

The win, which marked the 16th straight Sun Belt Tournament opening victory for Joe Foley’s Trojans, started fast and then turned tense after halftime. Little Rock limited ULM to just four points off one made field goal and a couple of free throws in the second quarter, outscoring the Warhawks 17-4 in that frame.

But in a reversal of the norm, Little Rock came out flat in the second half, shooting just 21% in the third quarter while ULM surged with 50% shooting in the period. The 16-point lead was trimmed to single digits after the first 10 minutes of the second half and then cut down to a 49-49 tie after ULM’s Amaya Ford made a pair of free throws with 2:49 remaining.

That’s when Caicedo and Potter combined to hit 6 of 7 free throws in the final 33 seconds, thwarting ULM’s desperation attempt to grasp its hands on an upset bid.