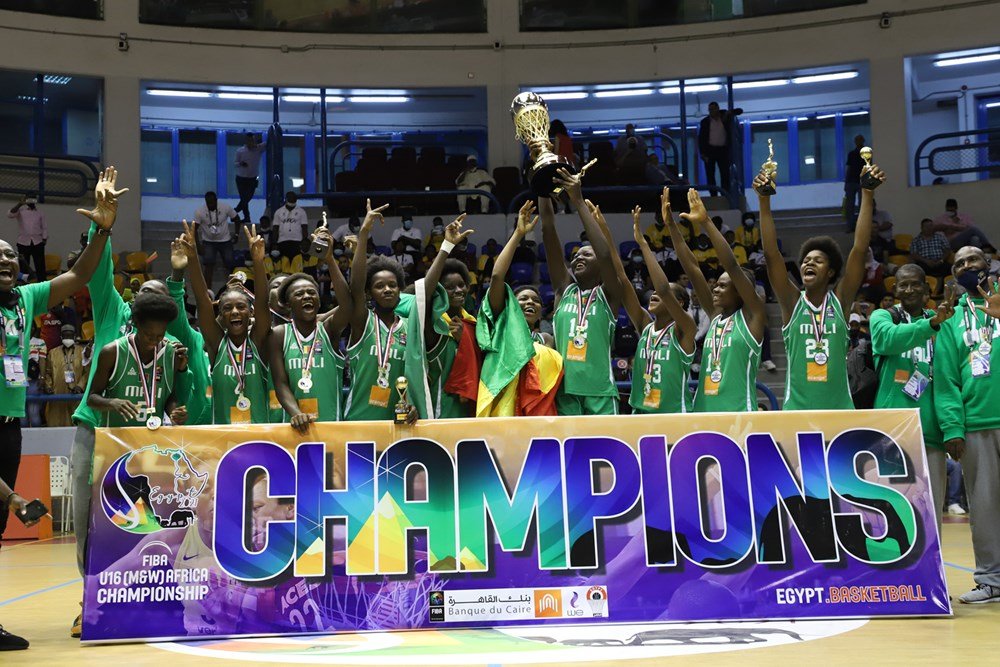 Egypt, who beat Mali in the Group Phase, looked on the way to change the course of history, but the Malians reigned supreme again, finishing with a 6-1 mark, while Egypt recorded their first defeat in seven games.

No other team – other than Mali – has won the biennial tournament since 2009, making it their seventh straight title in the history of the competition.

The victory for Mali made it the second time they would stop Egypt in the final as was the case in 2011 when Egypt hosted the championship in the city of Alexandria.

With scores at 49-46 at the start of the last quarter in favor of Egypt, there was the hope of a new champion emerging but that was not to be as the rave of the moment Rokiatou Berthe led the charge of the resurgence of Mali scoring a game-high of 28 points to lead the floor.

Rokiatou Berthe Mali forced Egypt into turnovers that cost the host several baskets as they wasted no chances in securing the game.

Egypt did put up a strong fight through the efforts of Maya Ahmed (17 points), Jana Elalfy (16 points) and Sarah Metwally (10 points) but their efforts were not enough.

Egypt’s Jana Elalfy reacted this way to the loss: “We were leading in most part of the game but luck was with Mali side but we thank God overall.”

Coach Oumarou Sidiya of Mali expressed satisfaction with his team’s win. He told FIBA.basketball that he always knew that Mali would win at the end of the day.”I’m very happy to win the trophy and I was never afraid of Egypt because we are better.”

The Fair Play Award went to Gabon while the individual awards for Playmaker went to Metwaly Sarah of Egypt, Best Forward went to Rokiatou Berthe of Mali and Jana Elalfy and best guards went to the duo of Alimata Coulibaly of Mali and Hana Abdelal.

Final Standing of the FIBA U16 African Championship 2021: