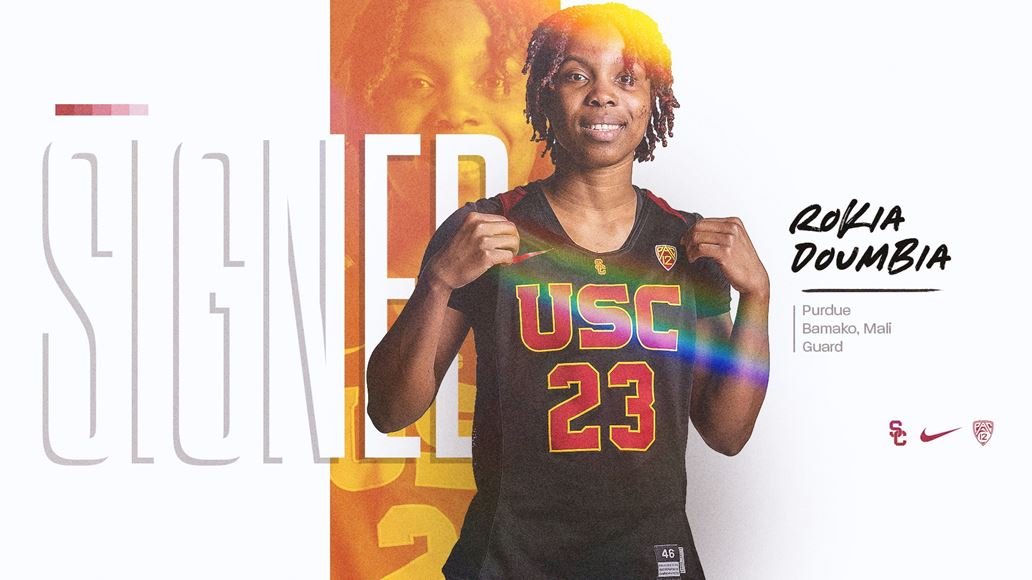 LOS ANGELES — USC women’s basketball’s backcourt will receive an experienced boost with the addition of transfer Rokia Doumbia, head coach Lindsay Gottlieb has announced. A 5-9 guard, the native of Mali comes to Troy by way of Purdue and Arkansas, and will join USC as a grad transfer for the 2022-23 season.

“First and foremost, Rokia is an amazing young woman with an inspiring story,” Gottlieb said of Doumbia. “She has been courageous in venturing far from her home country to pursue her basketball and academic goals, and we are thrilled that her final collegiate year will be in a USC uniform. She immediately becomes an athletic force in our conference, and has an ability to put a ton of pressure on opponents on both ends of the floor. Her skill set, mentality and experience will certainly be an exciting addition in the Galen Center.”

Welcome to the #TrojanFamily, Rokia Doumbia!

The talented guard brings international experience playing for Mali and comes to USC via the Big Ten. pic.twitter.com/fd2Dr5uzP0

Representing Mali, Doumbia competed at the 2021 AfroBasket Women, the 2017 FIBA U19 Women’s World Cup and the 2016 U17 World Championship. She played in 55 games in two seasons at Arkansas and 28 games in two seasons at Purdue. In her senior season with the Boilermakers, she shot 51.2 percent from the field while averaging 3.9 points and 3.8 rebounds per game. During Purdue’s 2022 WNIT competition, she averaged 8.5 points and 7.5 rebounds per game in those two postseason games.

Prior to her collegiate career, Doumbia earned international honors as MVP of the 2015 FIBA U16 Africa Championship, leading Mali to the title there. She attended IMG Academy in Bradenton, Fla., and also played high school basketball at Hamilton Heights Christian Academy in Chattanooga, Tenn.