LUANDA (Angola) – Angola head coach Apolinario Paquete has unveiled his 12-player roster for the FIBA Women’s Olympic Pre-Qualifying Tournament Africa including seven players from the team that competed at the FIBA Women’s AfroBasket 2019 in August.

Angola, who are looking to return to the Summer Olympics for the first time since London 2012, have their work cut out after finishing outside the medal brackets in fifth place at the FIBA Women’s AfroBasket in Senegal three months ago.

Paquete will be hoping that newcomers Joana Domingos Antonio, Eduarda Inacio Gabriel, Angelina Paulo Golome, Jessica Malagi and Juda Quindanda who have proved their worth in the national league all year round find their feet and help the team attain their objective of finishing among the top two sides. 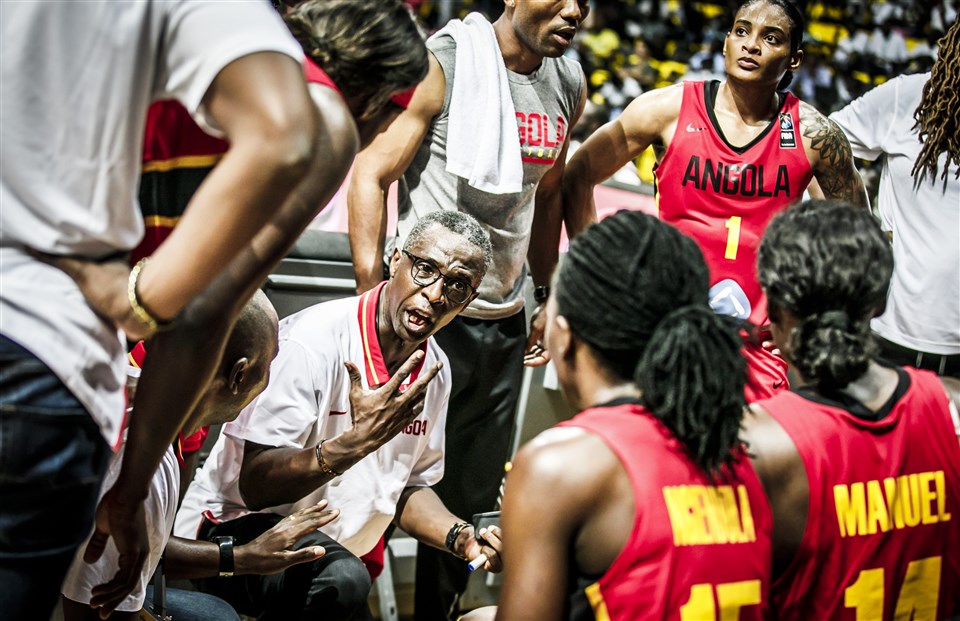 Paquete is giving a chance to younger players

This will be a stepping stone for them and an opportunity to face the best players from the continent as Angola continues their policy of introducing young players to the squad.

Angola were drawn in a tough Group B that also has two West African giants in Senegal and Mali. The latter finished second and third in that order at the [FIBA Women’s] AfroBasket in Dakar and will be hoping to progress.

Facing their biggest opponent in the opener, Angola will be up against Senegal on November 14 before facing Mali the next day.

Swiss-based youngster Alexia Dizeko was also not included in the roster that will feature in Mozambique – a country where she led Angola to second place at the FIBA U16 Women’s African Championship two years ago.

The two winners in the Semi-Finals will automatically book their tickets to the 16-nation WOQT.

The two African teams will play in the WOQTs with the top three teams from each of the three WOQTs qualifying for the 2020 Tokyo Olympics.