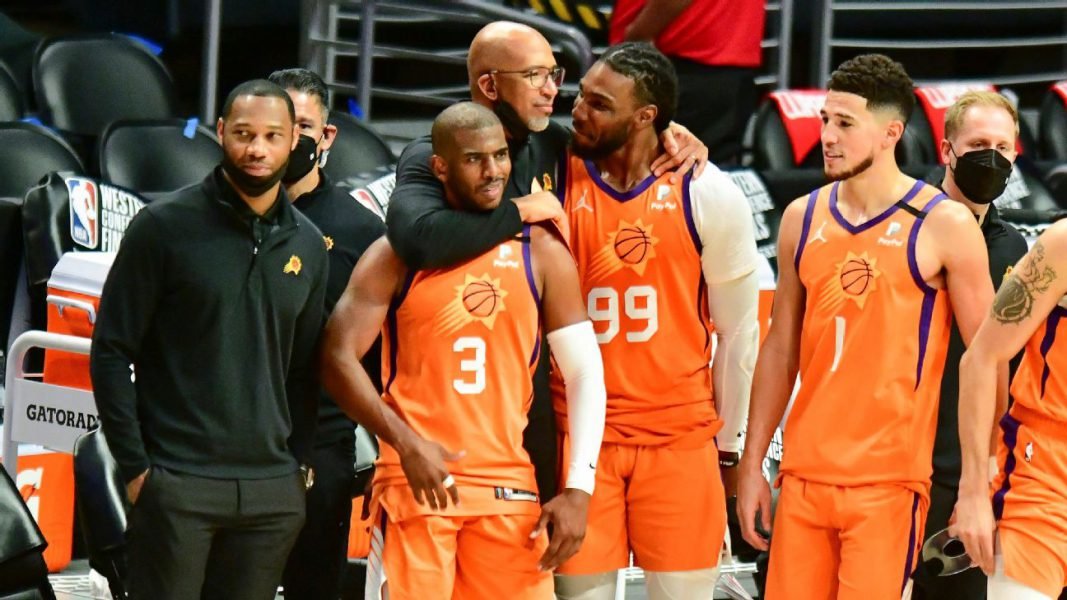 The Phoenix Suns are headed to the NBA finals for the first time since 1993. A remarkable feat, since they have missed the playoffs for 10 consecutive seasons.

With a 130-103 road out of the Kawhi Leonard-less Los Angeles Clippers on Wednesday night, Phoenix won the Western Conference finals by four games to two and secured a berth in the finals, starting July 6 or July 8.

The Suns failed to close out the series at home on Monday night when they had the chance, but Chris Paul, the former Clipper, made sure they didn’t squander another opportunity — clinching his first career trip to the finals in the process. Paul scored a career playoff high-tying 41 points, including 14 of his team’s 16 points in a game-breaking span bridging the third and fourth quarters, to turn the game into a runaway and provide a fitting capper to the Suns’ surge through the West.

Paul made 7 of 8 attempts from 3-point range after converting just 2 of 16 from long range in the previous three games of the series. Devin Booker (22 points), Jae Crowder (19) and Deandre Ayton (16 points and 17 rebounds) also made notable contributions as the short-handed Clippers, playing their 20th game in 41 days, finally faded down the stretch.

The Suns were one of just two teams during a shortened 72-game regular season, along with Utah, to win 50 games. They validated that success, in many respects, by eliminating the defending champion Los Angeles Lakers in six games in the first round, and followed that with a four-game sweep of the Denver Nuggets. Phoenix had carried the league’s second-longest playoff drought into the season, dating to the Suns’ trip to the conference finals in 2010. Only Sacramento’s drought, now 15 seasons and counting, was longer.