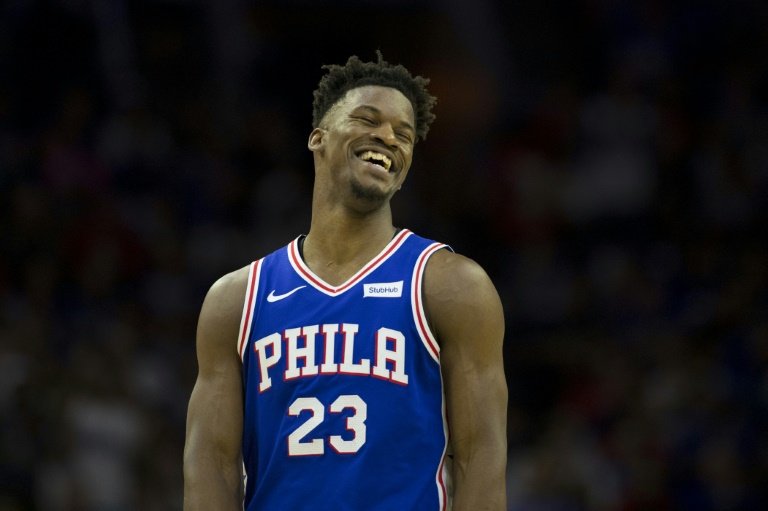 Beaten 108-95 by the Raptors, the Sixers muzzled their opponents to prevent them this time to return in the second period earning a first success in Toronto since November 2012.

Aside from his 30 points, Butler took 11 rebounds and made five assists for Philadelphia, well ahead at halftime 51-38.

Philadelphia led a decisive Jimmy Butler, scorer of 30 points, returned Monday to Toronto in the semifinals of the NBA Playoffs Eastern Conference thanks to a win over the floor of the Canadian franchise 94-89 erasing the same blow his initial setback.

Toronto, led by up to 19 points in the first period, was able to return to 1 point at the end of the 3rd quarter 61-60. But in the last quarter, the Raptors missed 6 of their first 7 free throws.

And the performance of his trio of shock proved insufficient with a bench less powerful: Kawhi Leonard (35 pts), Pascal Siakam (21) and Kyle Lowry (20 pts).

Butler scored 12 of his 30 points in the final quarter, including a 3-point basket on an inside service Joel Embiid to put his team at 88-81 at 2:14 of the end.

“My team really trusted me tonight,” said Butler, who had just 10 points in Game 1. “I told them I had to show myself and redeem myself.”

“We have been vigilant and when we let our defense dictate our attack, we are a great team,” added the man of the match.

Sixers coach Brett Brown recognized his player to whom he paid homage with a simple “it was James Butler” and “it was the adult in the room”.

In the other match of the day, just forty eight hours after his heroic qualification against San Antonio in the first round (4-3), Denver made his debut in the semifinal against Portland by winning at home (121-113) .

Denver’s STOCKMANNikola Jokic tries a basket against Meyers Leonard of Portland in Game 1 of the Western Conference semifinals of the NBA Playoffs on April 29, 2019 in Denver I Getty / AFP / MATTHEW

The Serbian Nuggets’ interior, Nikola Jokic, came out with 37 points, 9 rebounds and 6 assists.

Both teams remained neck-to-elbow until half-time (58-55 for Denver). The Trail Blazers have been able to stay in touch for a long time thanks to their 39-point star, Damian Lillard, who has been trying to get back from a deficit of 12 to 5 points 8 minutes from time.

But Denver has controlled the last minutes to contain Portland.

“We got into the game a bit slowly, we did not defend a lot,” said Jokic.

For Denver coach Karl Malone, “we won and when you know you did not play your best basketball it’s a good feeling”.