NEWCASTLE (Paul Nilsen’s Women’s Basketball Worldwide) – As we prepare to find out if we’ll get to see a global women’s youth tournament this year, we can at least console ourselves with some truly great memories down the years.

So, in no particular order, here are some truly remarkable and impressive victories that will not be forgotten.

The scene was Udine, Italy at the 2017 edition of the FIBA U19 Women’s Basketball World Cup and probably my favorite ever youth game to date and the fact that it was the actual Final of the competition made it taste even sweeter for the neutral like myself. Maria Vadeeva and Raisa Musina provided Russia with a one-two punch of epic proportions as they took their country to a first gold in 28 years and ended the six in a row title run of the USA with an 86-82 victory. It was relentless and I have seen few more compelling games at any level. The atmosphere was also stunning and it was just a truly famous night!

There was a major slice of history for Mali at the 2012 edition of the FIBA U17 Women’s Basketball World Cup when they became the first African nation to win a game in the competition. They did it in style too, beating Brazil 58-51 to shock everyone as an excellent 18 points from Mariam Maiga catapulted them to a famous victory.

The Sapphires secured their first ever title at the FIBA U17 Women’s Basketball World Cup back during 2016 in Zaragaoza, Spain. The key to their win was beating three-time defending champions USA in the Semi-Finals. They not only took a super win, they did it in such convincing fashion by overcoming the favorites by double-digits in an outstanding 73-60 success. Jaz Shelley weighed in with 23 points, 8 rebounds and 5 assists which no doubt helped her eventual transition to the NCAA where she plays with the prestigious Oregon Ducks.

It was the standout story last year at the FIBA U19 Women’s Basketball World Cup in Bangkok, Thailand as first-timers Columbia completed a 67-60 victory against the reigning U18 European Champions. While Germany didn’t have their leader Nyara Sabally, they were still expected to see off Columbia with the likes of 2020 WNBA Draft picks Luisa Geiselsoder and Leonie Fiebich, but the South Americans put in a rugged and gutsy display to take a superb triumph, founded on Mayra Caicedo who  showed out with 19 points, 5 steals, 4 assists and 3 boards.

It was one thing Mali beating Brazil two years earlier at the FIBA U17 Women’s Basketball World Cup in 2012, but overcoming a European nation like Italy in Pilsen, Czech Republic during 2014 was something else altogether. It sent shock waves through the world and was a sign of things to come as Mali went on to win three games in 2016. The memorable 46-44 success against Italy was down to an epic 25 points from Djeneba N’Diaye and it is worth noting that the Italian team had some big talents such as Lorela Cubaj and Jasmine Keys for example. 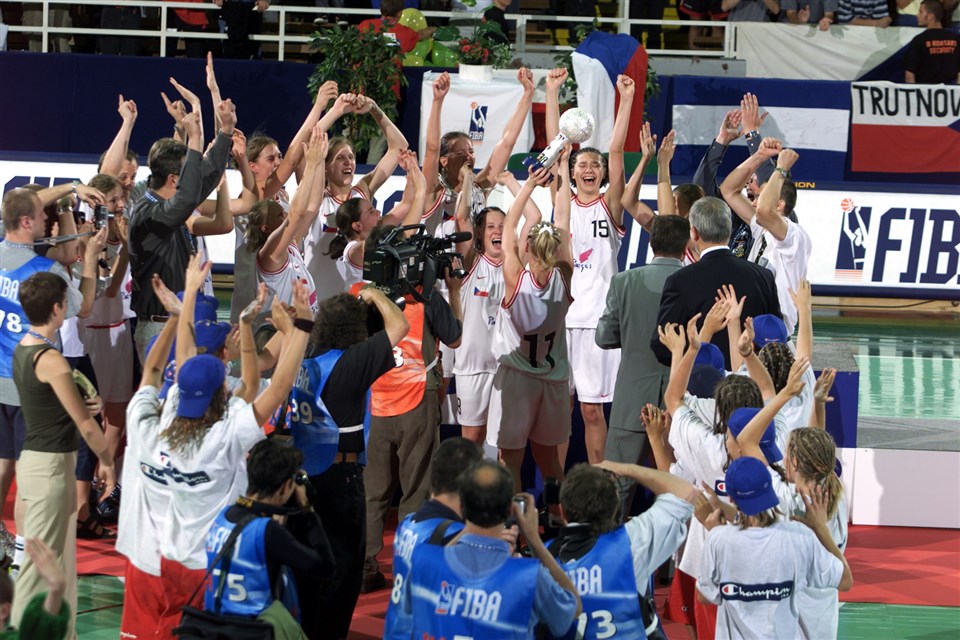 The event that morphed into the FIBA U19 Women’s Basketball World Cup, the last edition of the FIBA World Championship for Junior Women was a sensational one as host nation Czech Republic climbed to the top step of the podium. The main reason they were able to do it was because they beat a USA side that had Diana Taurasi in it, as well as Alana Beard. Despite a typically dazzling 25 points from Taurasi, the Czech side beat USA in the Semi-Finals 92-88 in front of a crowd of almost 5,000 triumphant locals. Eva Viteckova and Jana Vesela combined for 50 points to get the job done. Czech Republic then went on to win gold by beating Russia in the title game 82-80 in another thriller.