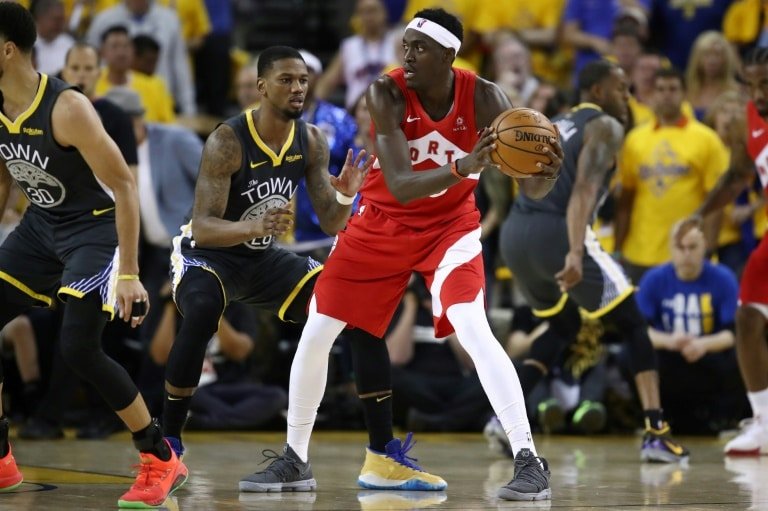 Pascal Siakam wasted no time: he became Thursday after just two full seasons in the NBA the first Cameroonian to win the most coveted and prestigious title of basketball.

At 25, Siakam has entered the history of Cameroon and has made a place alongside local football stars, the sport-king in his country.

The native of Douala had made a great impression in the first game of the 2019 final where he disgusted Stephen Curry and his teammates with 32 points and an impressive 14 of 17 shooting.

He mostly scored the basket that made Golden State fold 18 seconds of the siren. He gave his team three points ahead, which he had put in a bad position a few seconds earlier, losing a balloon important.

“When I was a kid, I could not dream that I could ever live that and I think a lot of kids would say the same thing, but I tell them: + Look at me, I was a little gaunt kid of Cameroon and now I am a champion, “he said in a press conference.

“I want to tell them that it is possible, if you believe in something and that you work.This may seem cliché, but it is the truth, I am the proof,” continued the one who should receive end of June the player’s trophy having progressed the most.

“I continue to learn”

If he is not the first African NBA champion (Nigerians Hakeem Olajuwon, with Houston in 1994 and 1995, and Festus Ezeli with Golden State in 2015 have preceded), this title is the apotheosis of an incredible course where nothing predestined him to such a scenario.

Raised in a practicing Catholic family, he was destined to become a priest and experienced the rigors of the seminary.

Passionate about football, he reluctantly starts basketball to follow his older brothers. He is immediately spotted during an internship organized in 2011 in Cameroon by his compatriot Luc Mbah a Moute, who plays in the NBA since 2008.

He left Cameroon in 2013, first for a high school in Texas, before joining the University of New Mexico.

It is there that he learns of the death of his father and that he must give up to return to Cameroon to attend the funeral so as not to compromise his career and his visa.

Drafted in 2016 by Toronto, he first had to prove himself in the G-League, the reserve team championship of NBA franchises, before picking up playing time last season and explode this season.

“It’s just because I play more often and longer, because I started playing basketball late, there’s still so much I’m still learning,” he said before the first one. match of the final.

And what he showed during the final, he learns quickly.