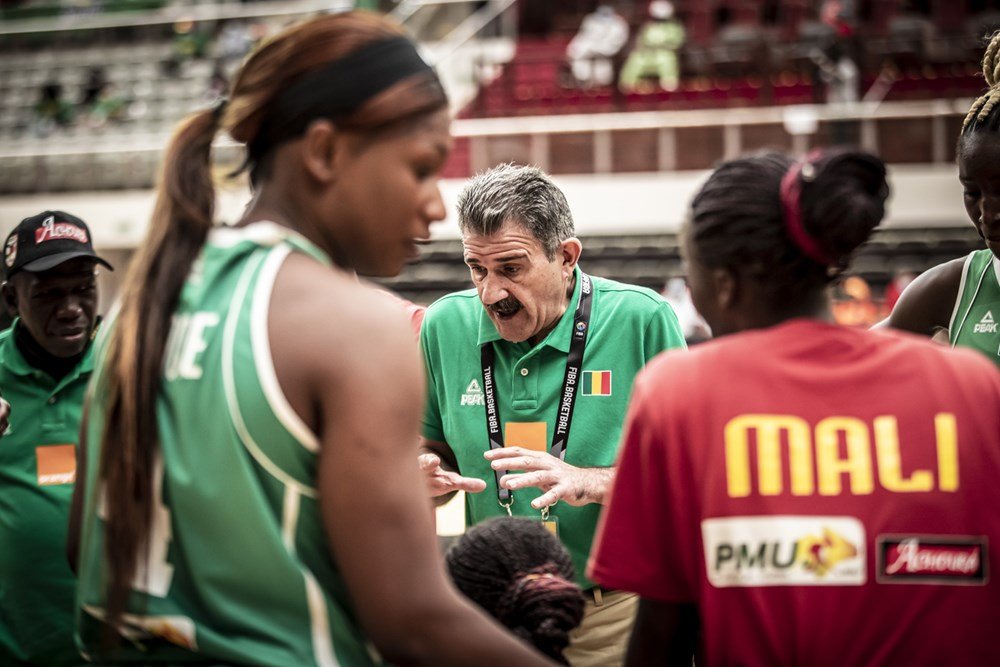 YAOUNDE (Cameroon) – The first four Quarter-Finalists of the FIBA Women’s AfroBasket 2021 were determined on Monday. The remaining eight teams will play a qualification round for the Last Eight.

Eleven-time FIBA Women’s AfroBasket victors Senegal on Monday eased past a resilient Egyptian side 78-63 to book their spot in the Quarter-Finals of the 2021 edition of the tournament in Yaounde.

Senegal, who last won the Women’s AfroBasket in 2015, cruised to an easy start with a 21-15 lead, extending that to 39-25 when the second quarter closed.

25-year old forward Yacine Diop picked things up from where she left them against Guinea scoring an incredible 19 points for the second consecutive game while Lena Niang matched her performance with 19 points as well.

There was a semblance of a resurgence from Egypt in the third quarter who closed it on 19-18 with Soraya Degheidy chipping in 16 points, sinking four of her five two point attempts.

But Senegal were too hot to handle, consolidating a 21-19 domination in the final quarter to ensure their second straight win the tournament while Egypt dropped to a 1-1 mark.

Mali grabbed the bragging rights in the West African clash against Cote d’Ivoire with a 76-63 domination.

The game full of intensity was a pure display of basketball wizardry.

Mali had shot to prominence with a comfortable 24-20 domination but Cote d’ivoire edged their West African counterparts 17-12 in the second quarter to cut the point to just one at 37-36 as both sides headed to the locker rooms.

The tale of back and forth wasn’t over just yet.

21-year old forward Laetitia Sahie was on a class of her own thundering home 24 points, eight rebounds and three assists to grant the Ivorians a 54-51 advantage at the close of the third quarter.

But there was to be more drama in the fourth quarter.

The Malian guard was in red hot form hitting an incredible 12 points with 6 points from beyond the arc, picking up three rebounds.

Mariam Coulibaly aided the side’s cause with 6 points and 5 rebounds to ensure that the 2007 champions worm their way to their eighth consecutive quarterfinal.

In the third game of the day, host Cameroon discarded any threats from Cape Verde to book their spot on the final eight via a 71-40 victory.

Rookie Merveille Nkoyock fired an unrivalled 17 points, with an 83.3 percent accuracy in the paint.

Margueritte Effa chipped in 12 points with five rebounds while Marina Ewodo supported with 11 points to ensure that 2015 finalists maintain a clean slate.

Cameroon’s help came from the bench that provided 30 points as the “Lionesses” out-rebounded Cape Verde 46-34.

In the highly-anticipated game between defending champions Nigeria and former champions Angola, the former became the last side to book a spot in the Quarter-Finals and they did so in the most enthralling of manners.

The 2017 and 2019 champions annihilated any hopes of an upset with the MVP of the last Women’s AfroBasket Ezinne Kalu hitting 10 points by half time as “D’Tigress” cruised to a 52-28 lead.

Nigeria, Senegal, Mali and Cameroon all worm their way to the quarterfinals and will have to wait for the end of the Round 16 to know their opponents in the final 8.