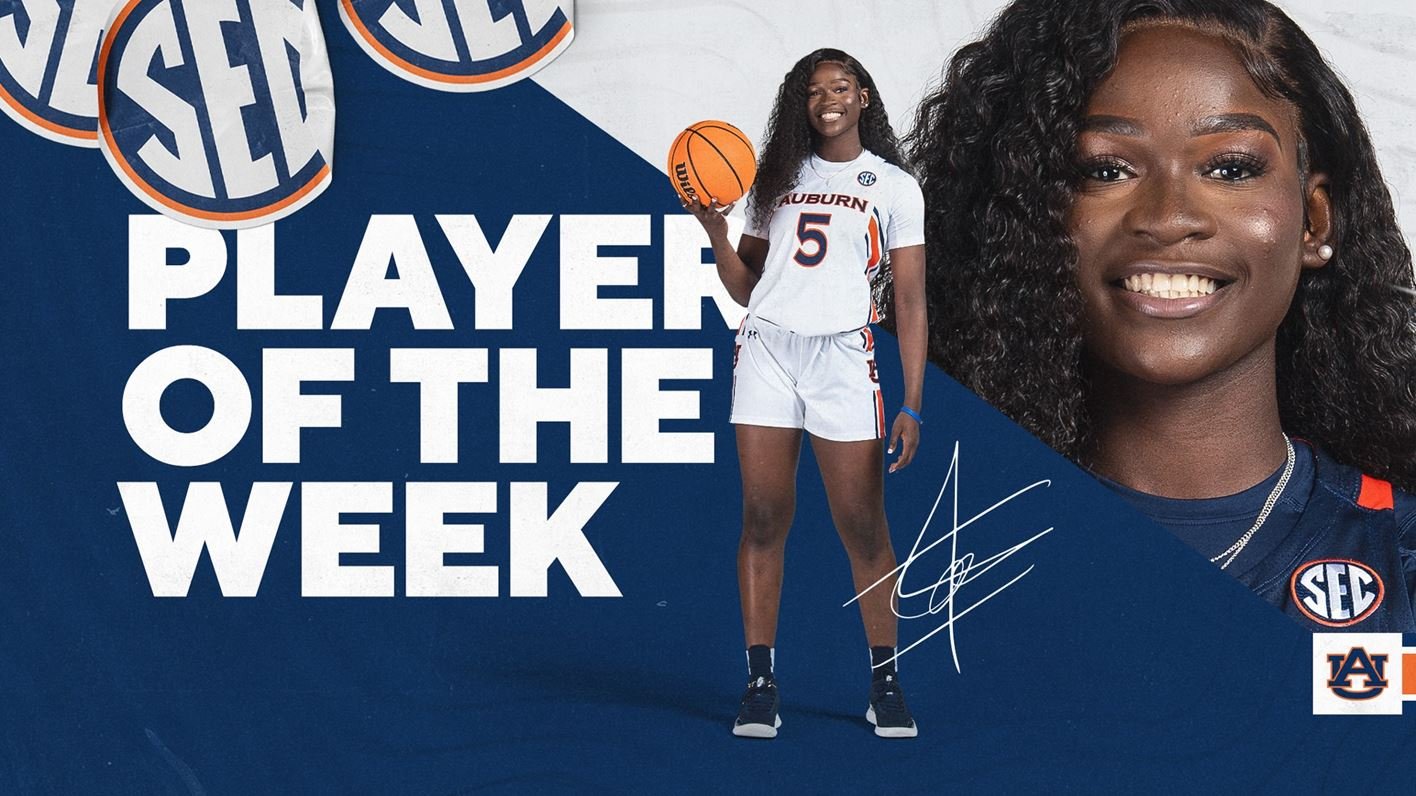 AUBURN, Ala. – After leading the Tigers to three straight wins, Auburn sophomore Aicha Coulibaly has been named the SEC Player of the Week for women’s basketball, the league office announced Tuesday.

Coulibaly is playing the best basketball of her career to this point, topping the 20-point mark in three straight games as she has led Auburn to three straight wins. Last week, coming off a career-high 27 points in a win over Charleston Southern, she led Auburn with 23 points and 8 rebounds in a come-from-behind win over North Florida on Tuesday.

The sophomore from Mali followed up that performance with another stellar night against Oklahoma State, leading the Tigers with 25 points on 9-of-10 shooting (8-8 2FG) and 6-of-8 at the free-throw line as Auburn clinched the SEC/Big 12 Championship for the SEC with a 77-66 win.

After a three-game stretch where she has averaged 25.0 points, she is averaging 17.1 points/game for the season and is the SEC’s fifth-leading scorer.

This is the first SEC honor for Coulibaly and the first for an Auburn player since Unique Thompson earned Player of the Week honors on Dec. 30, 2019.

Coulibaly shared this week’s honor with Missouri’s Aijha Blackwell. Tennessee’s Sara Puckett was named the conference freshman of the week.

The Tigers are back in action Sunday, Dec. 12, as they host New Orleans. Game time is 2 p.m. CT at Auburn Arena.