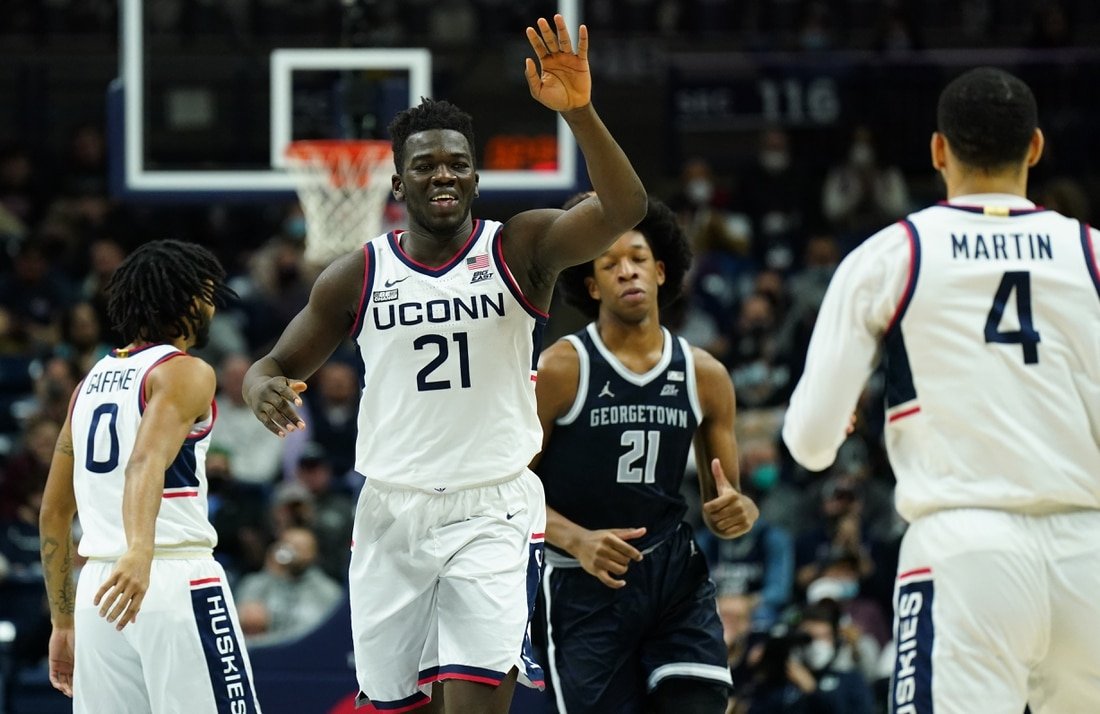 Adama Sanogo was not pleased with his recent performance, and the UConn center decided to take out his frustrations on DePaul.

Sanogo scored 26 points as No. 18 UConn beat DePaul 75-68 Saturday in the regular-season finale for both teams.

“An angry Adama is hard to deal with,” UConn coach Dan Hurley said. “His track record coming off a sub-par game is pretty good. He responds very, very well to not being at his best.”

Sanogo also had 11 rebounds, giving him his eighth double-double of the season. He admitted that he was playing a bit mad against the Blue Demons.

“After the Creighton game we came back and we were watching the film. I didn’t like the way I played,” Sanogo said. “Coming into this game, I was mad at myself.”