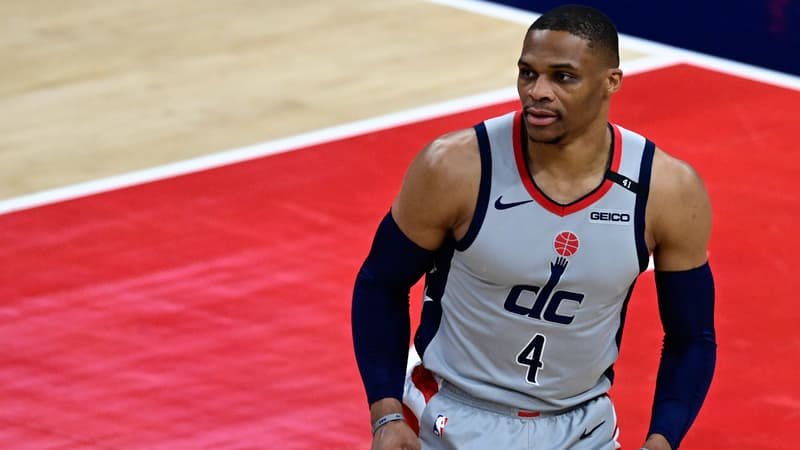 Thunderbolt in the NBA, before the traditional Draft: according to ESPN and The Athletic, Russell Westbrook is very close to joining the Los Angeles Lakers of LeBron James.

A trio of Californian hell facing a New York fire trident: a hypothetical playoff final between the Lakers and the Nets that has something to make salivate. Because the bomb of the evening in the NBA concerns the possible arrival of Russell Westbrook from Washington, in an XXL deal.

According to ESPN and The Athletic, the Los Angeles franchise and the Wizards have entered into negotiations to move the 32-year-old point guard, who could therefore join LeBron James and Anthony Davies. Serious competition for Brooklyn trio Kevin Durant-Kyrie Irving-James Harden.

A signal sent to Beal?

The operation is not yet settled but that could see Kyle Kuzma, Montrezl Harrell and Kentavious Caldwell-Pope make the opposite way towards Washington, which would recover in addition to a pick of Draft.

If the operation makes sense – and prestige – for the Lakers, annoyed by their elimination in the first round of the playoffs by the Suns and who would therefore afford one more star to launch a new ring mission, what interest for the Wizards? It could strongly sound like a signal addressed to Bradley Beal, so the name was circulating in recent days on the Warriors side. The player could take the opportunity to take a max contract and his franchise to try to surround him as best as possible.