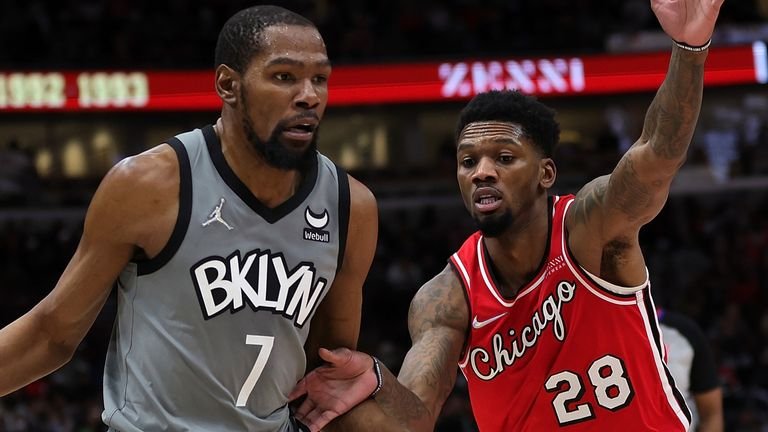 Carried by their duo Kevin Durant – James Harden, the Nets cooled the Bulls (138-112), at home, thanks in particular to a one-sided second half.

In the tantalizing clash of the Eastern Conference between the leader, the Chicago Bulls, and the dolphin, the Brooklyn Nets, the tussle will have finally lasted only one half at the United Center, on the night of Wednesday to Thursday . At 8’29” from the end of the third quarter, the score was still tied (71-71), the suspense maintained, but from there, the New Yorkers put their heads under the water of the Bulls to keep them asphyxiated until the end on their ground (victory of the Nets 138-112) and to cool the enthusiasm born of their excellent current series (10 victories in 11 meetings before this debacle).

Kyrie Irving more discreet In this recital of the second act, and in particular thanks to a 22-0 imposed between the 3rd and 4th quarters, Brooklyn will have been carried by Kevin Durant (27 points, 9 assists) and James Harden, from return after a game of absence for a knee problem, author of 25 points and 16 assists, including a jewel between the legs for Day’Ron Sharpe. For his third match since his return, Kyrie Irving, not vaccinated but authorized to play outside, was solid in the lead, even if more discreet at the mark (9 points) than his two friends, well helped on the other hand by Patty Mills off the bench (21 points and 6/8 from 3 points).

Chicago thus records one of its heaviest defeats of the season – they had never conceded more than 130 points since the beginning of the exercise -, in the wake of Zach LaVine (22 points) and DeMar DeRozan (19 points) rather shy. The Bulls retain the lead in the Eastern Conference (27 v.-12 d. against 26 v.-14 d.), but the Nets, after losing their first two confrontations of the season, sent them a reminder at the order.