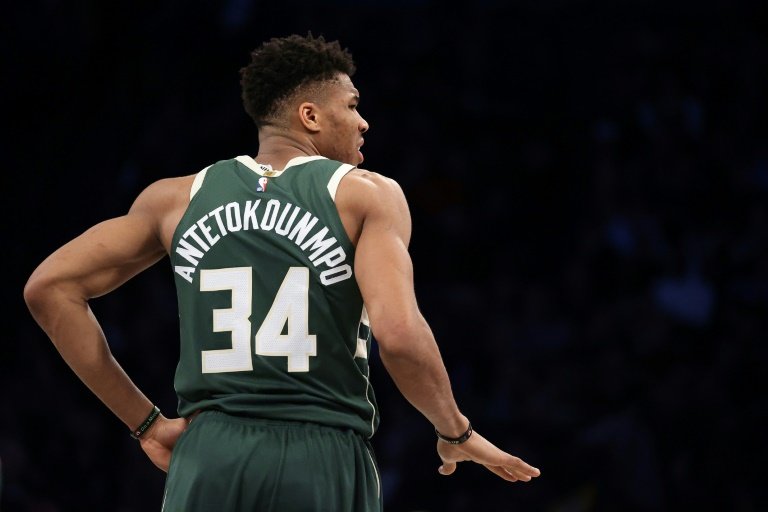 NBA Paris Game: Antetokounmpo, from the galley in Athens to the glory in NBA

From the streets of Athens to the parquet floors, the story of Giannis Antetokounmpo, the Greek of Milwaukee who will be the star of the first NBA match ever organized in France, Friday (9:00 p.m.) at Paris-Bercy between the Bucks and the Charlotte Hornets, seems to have been invented to excite kid’s dreams.

As a teenager, the future MVP (2019) roamed the Greek capital to sell trinkets to help his family survive. Coming from Nigeria in the early 1990s, some time before Giannis was born, the Antetokounmpo lived on odd jobs with four of their children, the eldest having remained in Africa, and without official documents.

Today, the “Greek Freak”, a 2.11 m giant with hands over 30 cm, has become one of the most admired basketball players on the planet. Tuesday, he crossed the 10,000 mark in the NBA in the last game before the “NBA Paris Game”, signing a new triple double (28 points, 14 rebounds, 10 assists) against Chicago. At 25 years and 45 days old, he is the sixth youngest player in history to pass this milestone.

Since his contract extension for $ 100 million in four years in 2016, he has also been an immensely wealthy man. “A crazy story no!” He had once confessed to the American magazine Sports Illustrated.

Of course Antetokounmpo is also an idol in Greece, a country to which he dreams of one day giving an international medal, alongside his elder Thanasis, a confirmed player who joined him this summer at Milwaukee, and perhaps his cadets Kostas and Alex, basketball players too. However, he had to wait until 2013, the year of his 18th birthday, to obtain a Hellenic passport just before his departure for the “draft”. His father’s name, Adetokunbo, changed spelling due to a hazardous transcription from Cyrillic to the Latin alphabet.

The young Giannis was lucky to be spotted by NBA scouts while wearing the jersey of a Greek second division club, Filathlitikos, and that many experts deemed him too frail. The Bucks thus recruited him to a modest 15th place in the “draft”, which means that 14 teams could have stolen their nugget, including the Cleveland Cavaliers, affluent of the first choice and seduced by a certain Anthony Bennett, who even plays more in the NBA to date.

Those who did not believe in him bite their fingers when they see the dominant player he has become. Its great strength is to possess the agility and speed normally found in much smaller men. His athleticism is breathtaking. With his gigantic stride, he can snap a dunk from the middle of the field by dribbling only once. Significantly developed in muscle since his arrival in the United States, he has transformed into an ultra-complete player capable of playing in several positions. His first American coach, Jason Kidd, even wanted to make him a playmaker!

“He is dazzling, so young and so talented! It is an incredible chance to have him in Milwaukee. He does much more than score for us: he makes passes, he rebounds, he defends. He is special” , said his current coach Mike Budenholzer after the Bucks’ first training at Levallois.

Last year, Antetokounmpo won the prestigious MVP (best player) title and this season his statistics are still improving: 30 points average, 12.9 rebounds and 5.6 assists. Wisconsin’s modest franchise in the Great Lakes region, whose only title dates back to 1971, in the time of Kareem Abdul-Jabbar, changed dimension and reached the Eastern Conference final against future champions, the Toronto Raptors. This season, she arrives in Paris with the best record in the League, 39 wins in 45 games, ahead of the Los Angeles Lakers.

Facebook Comments
NBA Paris Game: Antetokounmpo, from the galley in Athens to the glory in NBA