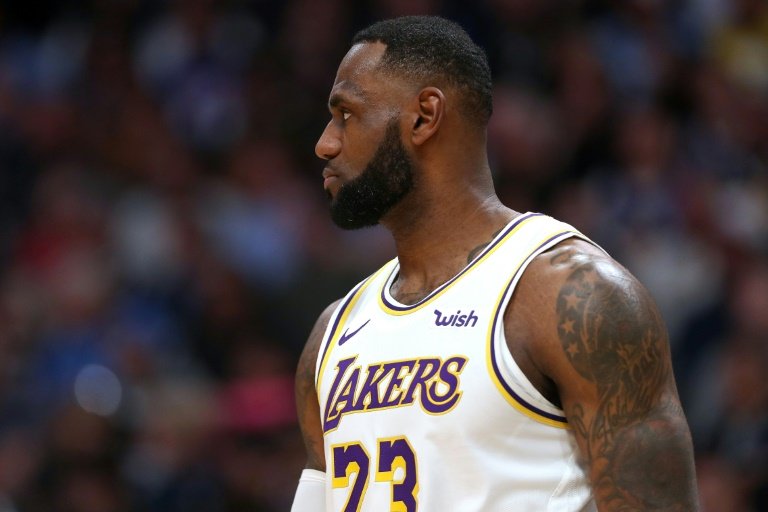 NBA: Lakers take off with the Rockets, the Bucks stay in orbit

LeBron James of the Los Angeles Lakers face the Denver Nuggets, in the NBA, on December 3, 2019 in Denver.

The Lakers and LeBron James resumed the bosses of victory on the floor of Houston on Saturday, during an NBA party which again saw Milwaukee crush competition in the East.

As at home: the leader of the Western conference felt at home at the Toyota Center with these “Let’s Go Lakers” chanted by their many fans in an end of the match where the victory was assured (124-115). Anthony Davis (sacrum), forfeited for the fifth consecutive game, but in plain clothes on the bench, could beat time with his fingers.

He saw “King James” lead his troops like a boss with 31 points and 12 assists to his credit (5 rbds), he saw Kyle Kuzma his replacement in the starting five assume this new status (23 points, 8 rbds) , he saw JaVale McGee stick two huge back to back shots to PJ Tucker and Clint Capela, enhanced by two baskets in transition from James in the third quarter.

A sequence from which the Rockets never really recovered, despite the very good match by Russell Westbrook (35 pts, 9 rbds, 7 assists) and 34 points by James Harden (8/20 on penalties). Houston has not responded for three games more and slipped to 6th place, overtaken by Dallas without playing.

. The insolent Bucks of ease

Another quiet evening for Milwaukee, who won his sixth victory in a row in Brooklyn (117-97), relying on Giannis Antetokounmpo author of 29 points, 12 rebounds and … 8 ball losses, the only black spot of the evening of the Greek Freak which spent only 25 minutes on the floor.

Because his Bucks folded the match just before the break by scoring fifteen points ahead, thanks to three baskets in a row at three points from Khris Middelton, and to a defense that limited the Nets by Kyrie Irving (17 pts) and Frenchman Thimoté Luwawu-Cabarrot (10 pts, 4 rbds in 20 min) with only 33.3% success in shots.

The undisputed leader in the East, who largely retains the best record in the League (38-6), beats his opponents with a gap of 12.4 points on average. If he maintains this pace, it will be a historic record for a regular season.

. Clippers or the art of finishing

It took another big offensive performance from Kawhi Leonard (39 pts, 6 assists, rbds) and Lou Williams in “clutch” mode with 14 points scored out of 32 in the money-time for the Clippers to snatch a third success in a row (133-130) at the home of Pelicans who mistreated them for three quarters.

It still took a breath for JJ Redick (19 pts) to equalize three points to the buzzer, after reducing the gap 26 seconds earlier, already behind the arc.

Without Paul George (hamstring), L.A. now has 30 victories (13 losses) but remains 3rd just ahead of the Jazz, which defeated Sacramento (123-101), thanks in particular to 28 Rudy Gobert points. The best brand of the French this season, which also captured 15 rebounds and inflicted 3 blocks.

The results of the North American Basketball Championship (NBA) after the matches played on Saturday:

AFP
Facebook Comments
NBA: Lakers take off with the Rockets, the Bucks stay in orbit