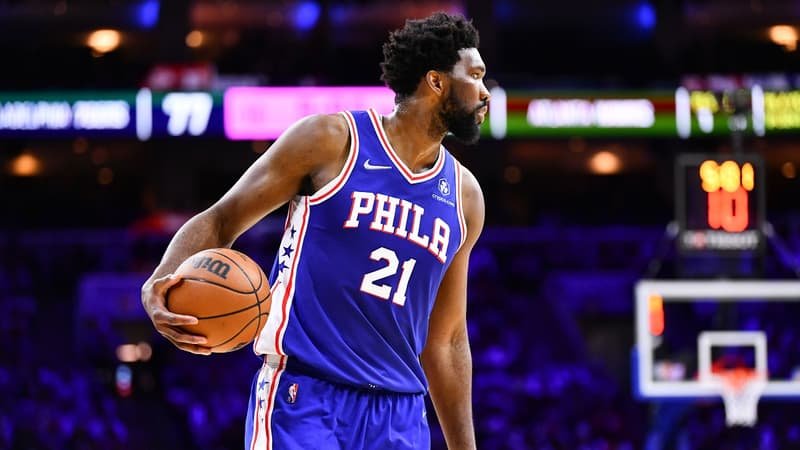 Joel Embiid scored more than 30 points against Orlando (116-106) while Kevin Porter Jr (Houston) scored a superb buzzer beater against Washington (114-111). Against Boston, Gregg Popovich coached his 2,000th game at the head of the Spurs (99-97). The team: Philadelphia The year 2022 is off to a great start for the 76ers. The franchise of Philly notched against Orlando a fifth success in a row (116-106), led by Seth Curry (20 points, 12 assists), Tobias Harris (22 points) and especially Joel Embiid, recently named player of the month in NBA and which continues its momentum. The Cameroonian pivot, author of 31 points, has exceeded the 30 units mark in seven of his last eight outings. Philadelphia is now fifth in the East.

The shoot: Kevin Porter Jr The Rockets, who remained on eight straight defeats, ended their series thanks to a superb “game winner” from Kevin Porter Jr on the Washington floor (114- 111). Suspended a game because of his behavior two days earlier against Denver (furious with his coach, he had left the room at half-time), the American full-back took his responsibilities when he was 2/12 in the shooting the match!

The coach: Gregg Popovich The Spurs celebrated the 2000th game of Gregg Popovich on the Texan bench by beating the Celtics (99-97) on the wire in Boston. If Jaylen Brown (30 points) still managed a superb match in attack, the back missed the lay-up of the equalizer at the buzzer, after having intercepted an opposing throw-in. Dejounte Murray (22 points, 9 rebounds, 12 assists) came close to the triple-double.

The performance: Kelly Oubre Jr If Charlotte has crushed Detroit (140-111), it is largely thanks to the completely crazy fourth quarter of Kelly Oubre Jr, who scored eight three-pointers! The winger has thus equaled the performance of Michael Redd (2002) in the final period, even if the record for long distance shots in a quarter-time still belongs to Klay Thompson (nine shots, 2015).

Without Giannis Antetokounmpo (ill), the Bucks bowed to the Raptors (117-111) of an excellent Pascal Siakam (33 points) … On the other hand, Miami made forget the absence of Jimmy Butler (ankle) by dismissing Portland (115-109) … Despite the enormous triple double of Nikola Jokic (26 points, 21 rebounds, 11 assists), Denver fell against the Jazz (115-109), deprived of Rudy Gobert (ill) but not Bojan Bogdanovic (36 points).