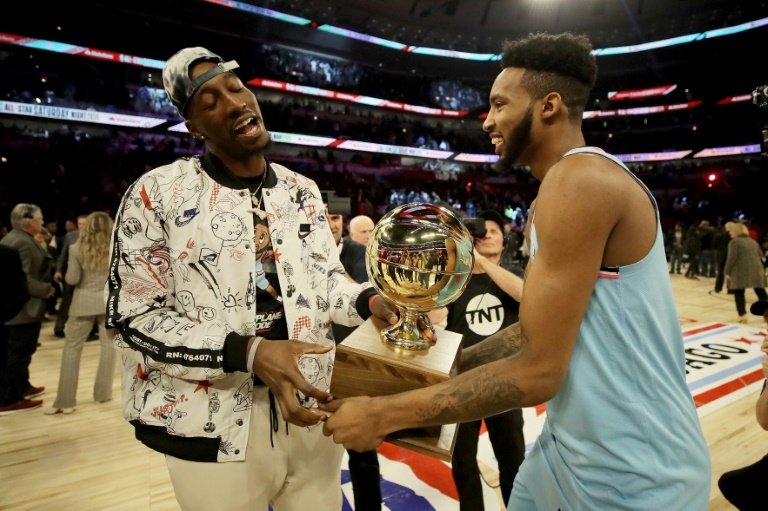 Miami Heat winger Derrick Jones Jr won on Saturday what could remain the best dunk competition in NBA history, beating Aaron Gordon in the final after a much-criticized vote.

From the first round, the competition, organized on the occasion of the All-Star Game weekend, reached a very high level, driven by the two future finalists, who made dunks never seen before in this context.

From his first dunk, the winger of the Magic carried out a 180 ° inverted Rider (U-turn on himself and passage of the ball between the legs from back to front), which earned him a 50, the maximum score.

In total, Aaron Gordon has chained five 50s, including three in the final, unheard of in the history of the competition.

Not intimidated, Derrick Jones Jr replied to him with an inverted Rider on 360 ° inverted (turn on himself on the side of his weak arm and inverted Rider), which allowed him to also win a 50.

The result was a mano a mano of exceptional density, which only the major contests in history could approach, mainly 1988, 2000 and 2016.

Rider above two people (Jones), jump over the artist Chance the Rapper with 180 ° behind (Gordon), Rider above an accomplice after bounce on the board (Jones), nothing seemed to be able to decide between the two men, who hovered at an unprecedented altitude.

After two 50 each in the final, they had to resort to two additional dunks for the jury to choose a winner.

To everyone’s surprise, despite a last dunk above the Celtics giant Tacko Fall (2.26 m), Aaron Gordon lost by one point, Derrick Jones Jr winning over a mill with appeal just after the line of throws.

“It’s theft!” Launched Kenny Smith, one of the consultants of the TNT cable channel, which broadcast the event in the United States, recalling that Aaron Gordon had already failed in the final on a very controversial decision , in 2016.

The dunks competition closed an evening which also included the three-point shooting competition and the Skills Challenge, a skills and speed competition.

In the spirit of the weekend, it was a number 24, like that of Kobe Bryant tragically deceased three weeks ago, who won the three-point shooting contest earlier today.

In the final, the back of Sacramento Buddy Hield took the lead on his latest shoot and passed the 2018 winner, the back of the Phoenix Suns Devin Booker.

A few minutes earlier, it was inside the Miami Heat Bam Adebayo that had triumphed during the Skills Challenge.