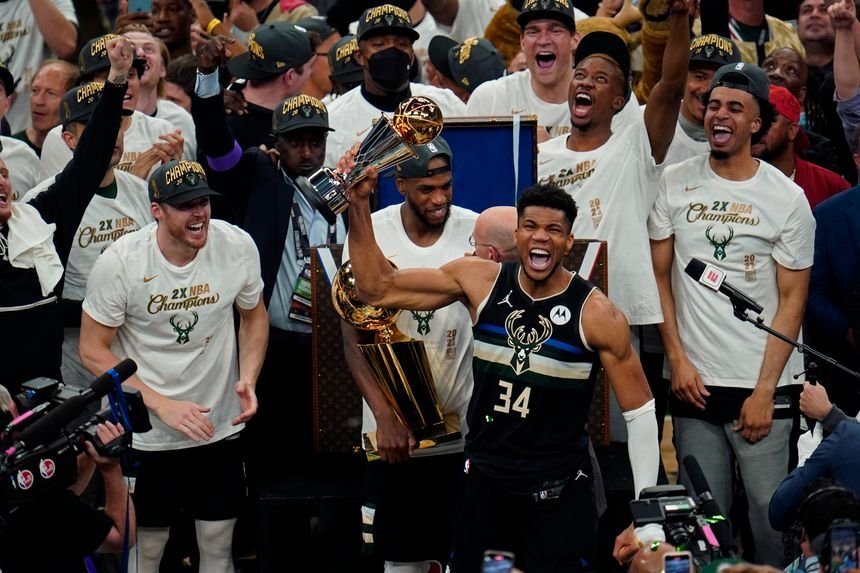 Giannis Antetokounmpo has led the Milwaukee Bucks to their first NBA championship in 50 years, closing out the Phoenix Suns in the Finals on Tuesday night, 105-98.

Antetokounmpo scored 50 points, grabbed 14 rebounds, recorded five blocks, and dished out two assists in the win. He is the first player since Shaquille O’Neal to record 40 points, 10 rebounds, and five blocks in any playoff game.

He’s also the first player to have a 50-10-5 stat line since blocks were first tracked in the 1973-74 season. He was awarded the NBA Finals MVP.

Only five Bucks players contributed to the scoring. Each of those five players was in double figures.

Khris Middleton had 17 points, including a fadeaway dagger toward the end of the fourth quarter. He added five rebounds, five assists, and four steals.

Jrue Holiday had 12 points in 46 minutes. He had 11 assists and nine rebounds as well as four assists. Brook Lopez added 10 points. Bobby Portis had 16 points and three rebounds off the bench.