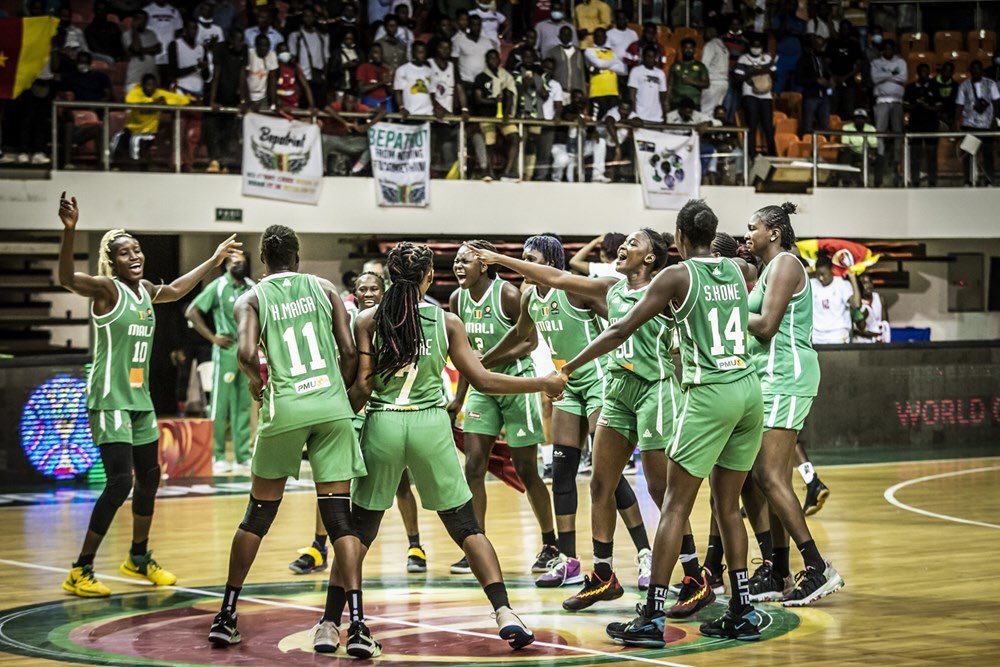 YAOUNDE (Cameroon) – Friday’s FIBA Women’s AfroBasket action saw two exciting Semi-Final matchups go down to the wire in Yaounde where Mali broke the jinx by booking their first Grand Finale since 2007 and Nigeria reached the Final for third straight time.

In the first Semi-Final of the day,  Mali outscored host Cameroon 52-51 while Nigeria proved too much for Senegal winning 73-63.

Mali stepped on the court against the host, who scooped ten points in the opening minutes of the game with Mali yet to record any point, but Joaquin Luis Brizuela’ Mali fought back to gain some respect.

Though the Malian lost the first quarter (19-12), they closed the the deficit to three points at the end of the first half, trailing Cameroon 26-23.

The introduction of swingman Kadidia Maiga by Brizuela was all Mali needed to turn things around as she recorded two quick shots from behind the arch as the 2007 champion gained three points into the last quarter.

And efforts by Coach Ahmed Mbombo Njoya and his Lioness to fight back was rebuffed by the determined Malian side, not even a double-double show by Cameroon forward Dulcy Fankam 12 points and 12 rebounds could deter Mali from going ahead.

Mali Djeneba N’Diaye led her team with 12 points, two rebounds, four assists and two steals with efficiency rating of 19 while youthful Maiga added 11 points with nine of such points being nailed from behind the arch.

Cameroon showed more strength on the board with 42-35 advantage but all that is now history.

Nigeria, on the other hand, did not leave anyone in doubt as to their readiness to wade off any opposition to their quest in reaching her third straight Final, thus justifying their rating as the highest-ranked African team.

Coach Otis Hughley’s side finished up the job in the first three quarters and raced to a sixteen-point lead going into the final quarter.

Senegal indeed fought back like a Lioness in the last quarter which they won (19-13) but such effort did not yield positive result for them as Nigeria booked her place in the final with Mali in mind come Sunday.

Senegal thus move out of her comfort zone of having reached the FIBA Women’s AfroBasket Final in the last three editions (2015, 2017, 2019) to drop to the bronze medal game against Cameroon in the battle of two Lioness on Sunday.