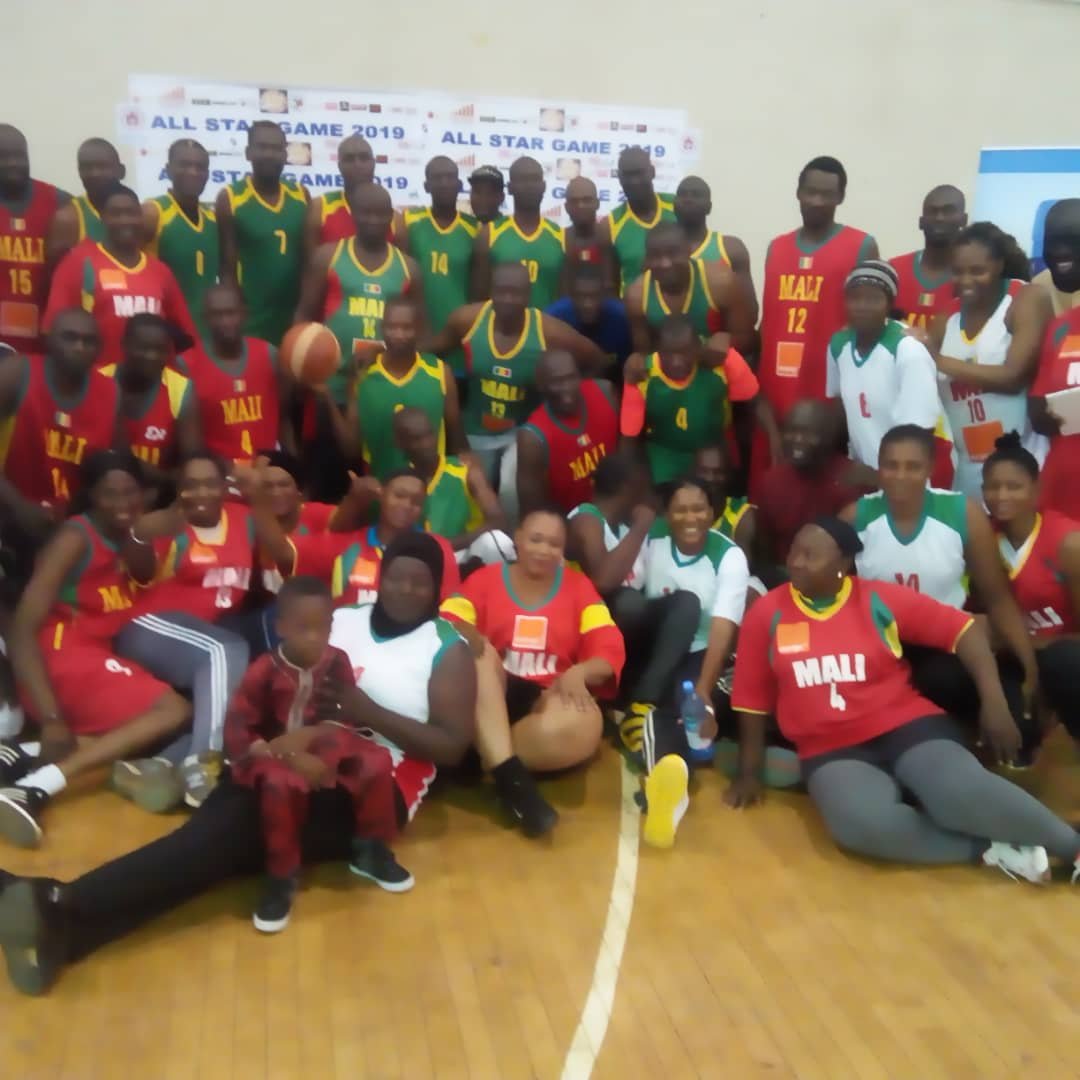 The Basketball Association of Mali organized the very first edition of the All Star Game. The first attempt is transformed into master stroke. This first edition was chaired by Abdoulaye Obanga, president of the As Police, with the presence of the president of the Malian basketball federation, Harouna B Maiga and several members of Fiba Africa.

In total more than 200 people took part in this innovative tournament, organized by the Association of basketball players of Mali (ABM) and very appreciated by the lovers of the ball to the basket which were marveledq by the organization and also by the quality of the show produced by the athletes.

The evening program was composed as follows: two matches of the old glories of Malian basketball in ladies and gentlemen, the 3 points contest (Ladies and Men), Dunks competition and matches All Star (Men – Women) to conclude.

The opposition of the former glories (Men) saw the team of Balla dominated that of Soul by the score (48-29). In the ladies, La Pantha took over Salamatou (14-12).

For the contests of 3 points men and women, it is Safiatou Mariko of the Malian Stadium of Bamako and Moussa Koné of As Police who won. The Dunk contest was won by Chérif Haidara.

All Star matches on the men’s side put team Pélé and team Sogoré in the fight. At the end of this duel, it was the players of coach Pélé who won (53-37). As for the ladies, Soul’s team won against Amara’s.

He continues that their goal is to defend the interests of players (es), develop Malian basketball and create sports events of national dimension in a friendly and festive environment.

The evening was enhanced by the performance of musical artists. Highly the next edition!