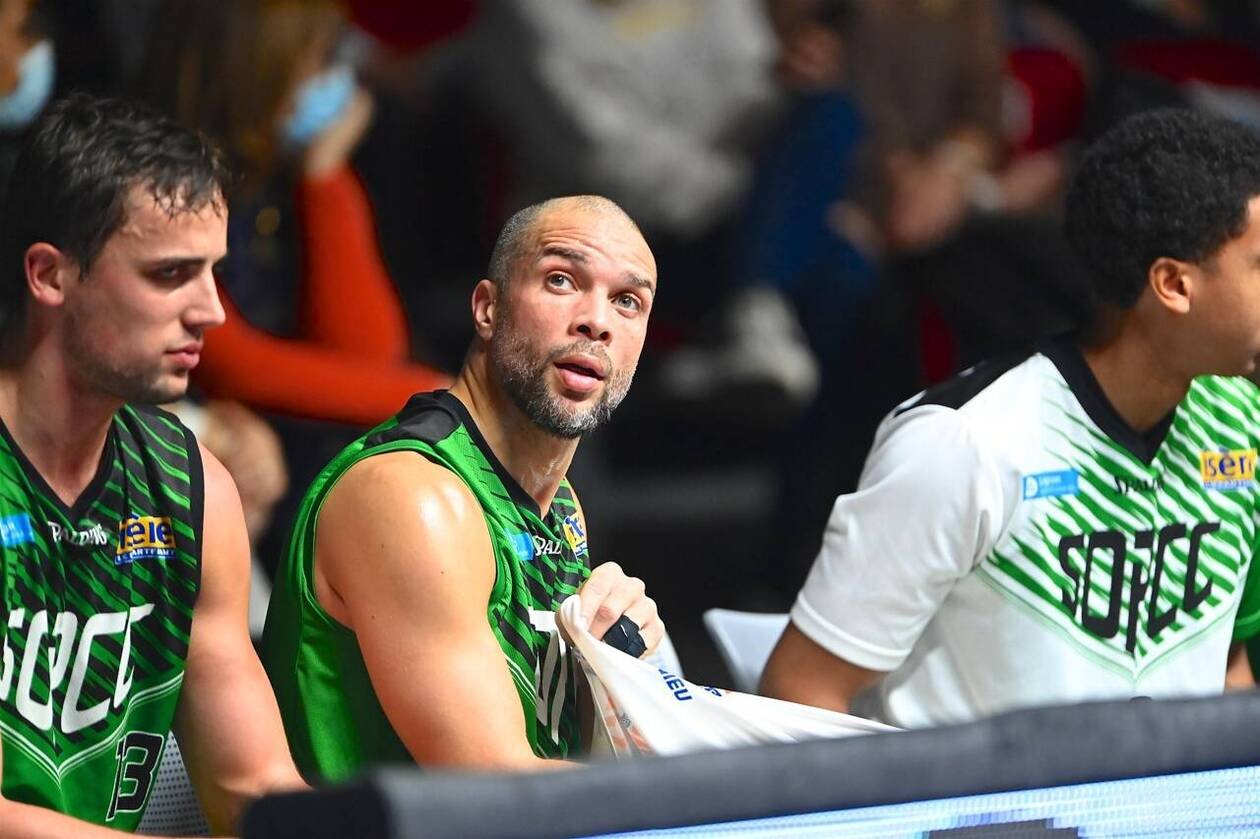 Ludovic Chelle, who celebrated his 40th birthday on January 3, is still performing in National 1 in Pont-de-Chéruy, as part of a team visiting Caen BC on Friday evening (8 p.m.). A formidable shooter, madly in love with his sport, the fullback played his first professional match in May 2001… Without any nostalgia, he looks back on his career, talks about his longevity, the players who marked him and his time at Caen BC in a rich and fascinating interview.

Ludovic, instinctively, the names of Jim Bilba, Yann Bonato and Laurent Sciarra, what does that mean to you?

Laurent Sciarra was my teammate in Paris… (He thinks). Apart from the fact that they are great players, legends, that does not mean much to me.

On May 9, 2001, you played your first professional match with Antibes. Opposite, there is Asvel de Bilba, Bonato, Sciarra…

Was it in Villeurbanne? Oh yes, I remember that. I had played 2 or 3 minutes (2 minutes, 3 points, 1 assist). As I was training with some great players in Antibes, I was not more impressed than that. I was especially impressed with my own teammates. I was in awe, I hoped one day to reach their level. It is today, with hindsight, that I realize the privilege I had to rub shoulders with such exceptional players.

That is pride. And I didn’t see the time pass. There is a phrase that often comes to mind: “Choose a job you love, and you will never have to work a day in your life”. I worked to get there and to last so long, but deep down, I never felt like I was working. I have had difficult times, injuries, but I have always enjoyed myself. Basketball has always been fun, nice and it still is today. Very regularly, I tell my teammates to give their all because you only have to blink to be 20 years older and close to the end of your career. A season passes quickly, a career too. I lived all that at a hundred miles an hour and I loved every moment. If I had to do it again, I would do everything the same.

Growing up in basketball alongside Michael Ray Richardson or Stéphane Ostrowski, is it a privilege?

I learned a lot from them. I was young and I didn’t really realize that Micheal Ray Richardson was 46 and still going strong. I did not realize the monument that was Stéphane Ostrowski. It is today, after having taken a path that resembles theirs, all things considered of course because I am light years away from their level, the quality and the longevity of these players. Ray Richardson was feared by Michael Jordan and Magic Johnson when he defended on them. In the history of basketball, above him, there are not a thousand players. It is an honor, a pride to have evolved with these monuments.

Which teammate impressed you the most?

There have been many. In Roanne, Dewarick Spencer and Aaron Harper were impressive. In Bourg-en-Bresse, I played with Kareem Reid, a magician. Laurent Sciarra, Eric Micoud in Paris… I…