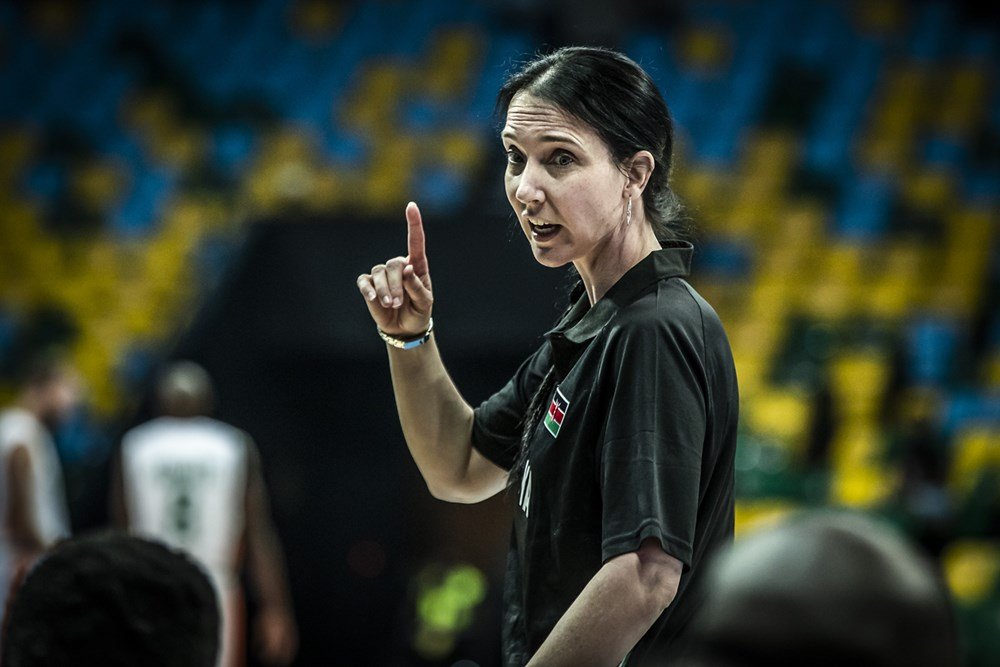 KIGALI (Rwanda) – She came, she saw and she “shattered the glass ceiling”.

Liz Mills of Australia became the first woman to coach a team at a men’s continental championship when she led Kenya at AfroBasket 2021, which is currently underway in Kigali, Rwanda.

Mills guided the Morans to victory over Mali and into the Qualification for the Quarter-Finals where they came up a basket short of reaching the last eight, losing 60-58 to South Sudan.

No, Kenya, No. 111 in the FIBA World Ranking Men, Presented by Nike, didn’t reach the podium. Yet they did gain the respect and admiration of everyone in Africa with their never-say-die spirit which was evident after they battled back from a 20-point deficit and nearly stunned the South Sudanese at the buzzer.

Mills struck a blow for equality, too, proving that a woman can lead a man’s team in the toughest tournament on the African continent.

“I have had a lot of young girls and women reach out and say, ‘You are the role model that we need,'” she said.

So Mills has not just coached Kenya, but also championed a cause for women. It’s been demanding.

“I’m trying to be as visible as possible, even though I don’t like social media,” Mills said. “I’m trying to get myself out there and be as visible for women and girls to say, ‘If Liz can do it, I can do it’ and especially in an environment like this. The AfroBasket is heavily male-dominated, so I want them to see another woman doing it. They can do it. The glass ceiling has been shattered.”

Mills hopes her experience will help other women receive fair consideration when they try to get top jobs in men’s sports.

“There is no excuse now,” she said. “I’m holding the door open and I want more women to come through it.”

What is obvious at the AfroBasket is that Mills garners a lot of respect from her coaching peers.

“I’ve been on the African continent for 10 years and been embraced by African players and coaches,” she said. “It’s the rest of the world that is more shocked about the whole situation.

“When I arrived at the hotel the other night (before the AfroBasket), the Egyptian coach and a Tunisian coach welcomed me. And being north Africans, I thought I would have the biggest problem with them but they came up and said, ‘Wow, it’s so amazing to have you.'”

“And I’ve coached against a lot of the other coaches and they’re like, ‘She’s Liz. Nothing special.'”

In other words, Liz Mills is just a coach like them.

“I’ve been 100 percent embraced by players and coaches alike,” she said.

Mills served as an assistant coach with both Zambia, when they came up short of reaching AfroBasket 2017, and Cameroon in the African Qualifiers for the FIBA Basketball World Cup 2019.

She took the helm of Kenya earlier this year and led the Morans to their first AfroBasket qualification in 28 years. They punched their ticket to the tournament with a 74-73 victory over 11-time AfroBasket champions Angola in the African Qualifiers on February 20. That qualification also ensured Kenya would play in the African Qualifiers for the FIBA Basketball World Cup 2023.

“That’s when it dawned on me, that this is serious,” she said of the qualification for beating Angola. “And I’ve been carrying a heavy weight. All I can ask for is that people respect what we, the Kenyan national team, are doing, regardless of the result, and that women can coach, and that we are here, that we’re going to keep pushing through that imaginary barrier that’s there, that Kenya deserve to be here and I, as a female coach, deserve to be here.

“I said back in 2012 I wanted to be the first woman to coach at AfroBasket. It was my first club championships in zone six, and I saw the Angolans and I was like, ‘I’m going to take them.’

“It took me nine years, but we got that win over them in the Qualifiers and had a dream come true to be here as the first woman. I’d had all these years to prepare for it, so it was a bit surreal, but I’m proud.”

Mills has lived and breathed Kenya basketball all year, including this summer while preparing the team for the AfroBasket.

She dedicated the achievement of becoming the first woman to coach a men’s team at a continental championship to her twin sister, Victoria, who was with her at the AfroBasket.

“I wouldn’t be here where I am today without my sister,” she said. “But also to my parents, my family and my friends who always kept pushing me. Especially when I failed to qualify with Zambia in 2017 and thought I wasn’t going to coach anymore, they were the people that picked me up.”