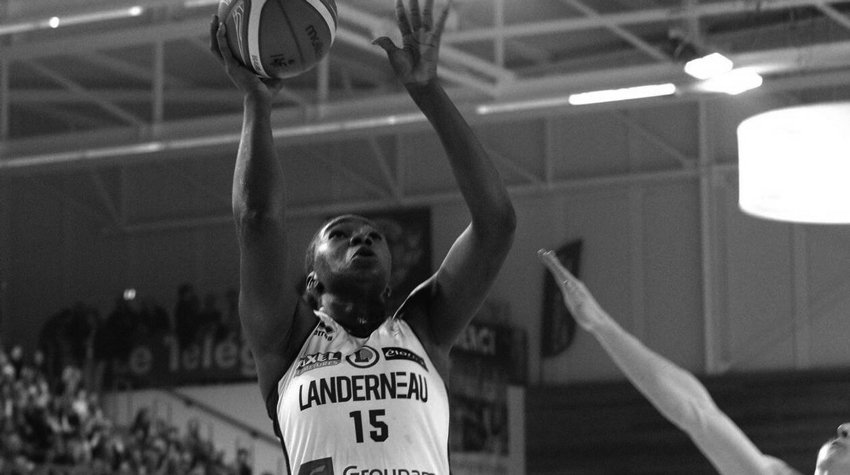 Stéphane Leite was waiting for a “match against a big guy who rocked the season, to cross a course”. The Finistère coach is holding it. Yesterday, the LBB overthrew Lattes Montpellier, 3rd in the ranking who had lost only twice in the league so far.

The Héraultaises, finalists of the Eurocoupe last year and about to qualify for the next round of the Euroleague, however seemed to have the match in hand. But Landerneau, in the wake of his good match against the Carolo Flames last weekend, never gave up and ended up winning yesterday in a Cement Plant stocked with more than 2,000 inexhaustible supporters.

Kalu in all the right moves

The start of the match was fairly balanced with two successful teams scoring almost each of their offensives (10-10, 5 ‘). Unable to take the shoot before the siren, the LBB conceded the first gap of the match (10-18, 7 ‘). Not enough to panic however the Finistériennes who relied on the long distance address of Naigre and an interception of Brémont to get back on track (17-21, 9 ‘). Never really left behind on the bulletin board, Stéphane Leite’s protégés harassed the Montpellier players in defense, like Kalu, untenable again last night with 21 points and at 58%.

A high-flying performance greeted by his coach. “She was very strong, very sharp in pick and roll. I am very happy for her and for the whole team. There have been questions, so today (yesterday), we are satisfied. ”

Led at the break, Landerneau remained in contact (36-41, 20 ‘). Before transcending. Coulibaly, precious in painting with 14 points, allowed hers to regain the advantage (42-41 ‘, 22′). If the LBB became more efficient, Bernies’ partners would miss more. Wurtz, very little in sight because surrounded very closely, took advantage of a tiny space to take in an award-winning shot and give 5 points ahead (53-48, 27 ‘).

Often sent on the line by unruly and overwhelmed Hérault women, the Finistériennes began to see the feat at the end of the third quarter (61-55, 30 ‘). “Before the match, I was wondering if we could adapt to their pace. I knew our group could do it, but the question was whether they could do it over 40 minutes, “said Stéphane Leite after the match.

A question that deserved to be asked. Because the LBB almost did not go the distance and return to its doubts when it conceded a 10-0 entry in the fourth quarter. The suspense became whole again (67-68, 37 ‘), Landerneau could rest on his shock trio, Kalu-Naigre-Bruner, to secure the victory. Obviously satisfied, Leite preferred to wait before talking about the benchmark match. “I am happy with the evolution, the patience. We don’t look the same as we did four months ago. We have a big game to come. If we confirm this success in Tarbes next week, we can speak of a milestone. ” There’s just.