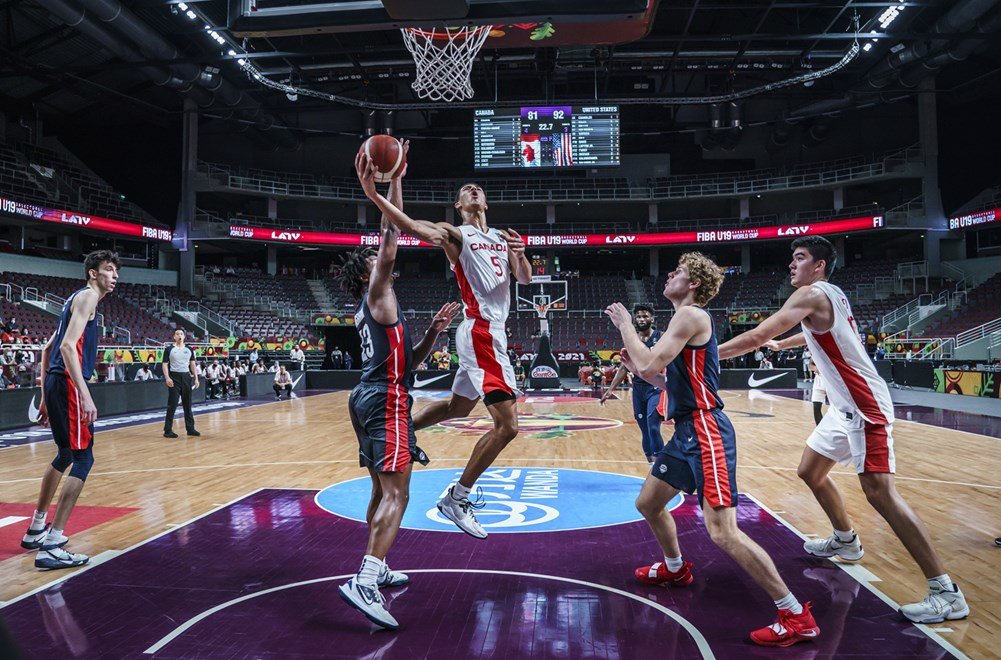 RIGA / DAUGAVPILS (Latvia) – Reigning champions United States moved to within one victory of the FIBA U19 Basketball World Cup 2021 title as they downed continental rivals Canada 92-86 to reach the Final.

In a repeat of the 2017 Semi-Finals, which Canada won en route to their only world title, United States took over in the fourth quarter and will go for their eighth U19 crown. Their opponent in Sunday’s Final will be either France or Serbia.

Through to the FINAL! 👏@usabjnt 🇺🇸 came and conquered with a 92-86 win over Canada! 🇨🇦 pic.twitter.com/9tqvvfoElr

Stats don’t lie: Canada were held to just 35.3% from the field and also made just 64.0% of their free throws. United States did a good job handling the ball with just 11 turnovers while also hitting 88.2% percent from the foul stripe. United States also showed their depth with a 39-1 advantage in points off the bench.

They said: “We just had to increase our energy. We were turning the ball over and not boxing out and giving up rebounds. We went on a run and went up 20 and kept going.” – USA guard Michael Miles

“I thought on offense we moved the ball more. Our defensive pressure, our ball screen defense kept the ball out of the lane. I think we made some adjustments. I say adjustments but I think we just got better at understanding what we’re trying to do. And we seemed to get the rebounding going in our direction. They kept battling, give them credit. We lost some energy and they hit a couple of threes but I was really impressed with the run that we had. We’ve had some pretty good runs in this tournament.” – USA head coach Jamie Dixon