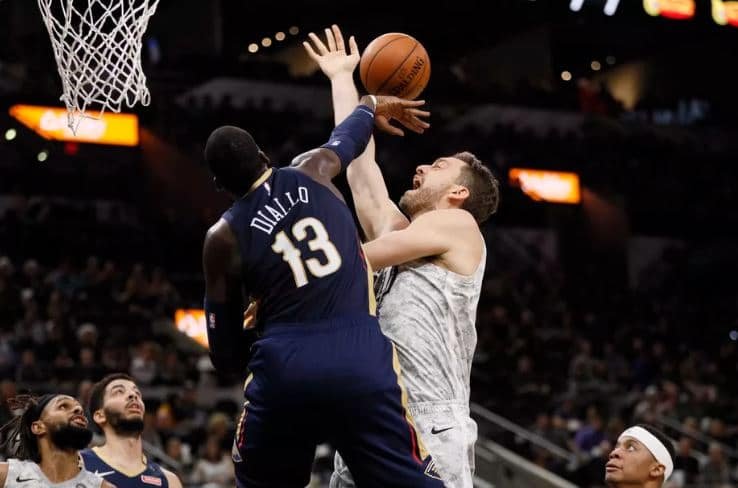 The Phoenix Suns have been scouring the second and third-tier free agent market looking for bigs with contrasting styles to Dario Saric and Frank Kaminsky. Athleticism turned into a key need for the Suns’ frontcourt, which has now been resolved according to ESPN’s Adrian Wojnarowski.

Diallo is physical specimen at 6’9” with a 7’4.5” wingspan, but other parts of his game still need major refinement. Last season in New Orleans, the 21-year old Diallo put together his best season yet averaging 6 points, 5.2 rebounds, and 0.5 blocks in 14 minutes per game.

With their latest addition, not only is Phoenix’s frontcourt now set to go — Ayton, Saric, Baynes, Kaminsky, Diallo — but so is the full 15-man roster. At the moment, there appears to be an overabundance of ball handlers with seven (!!!) and too few wings. Maybe trading Elie Okobo, which has been rumored for weeks, for cheap depth on the wing is how the roster ends up balancing out:

Don’t expect Diallo to play much of a role next season for the Suns, but he certainly helps check off the ongoing needs list. If Saric, Kaminsky or Baynes sustain an injury, Diallo will be the one called upon as next up.

Diallo’s two-year contract with the Suns has a team option for 2020-21, per The Athletic’s Michael Scotto.

Richaun Holmes helped prove this notion last season, but Diallo’s bouncy defense-first archetype has the chance to pop with more development and opportunity. Will it happen with the Suns under Monty Williams’s guidance? That’s at least what both sides are hoping for here as the No. 33 overall pick from the 2016 draft receives another chance.

bright side of the sun