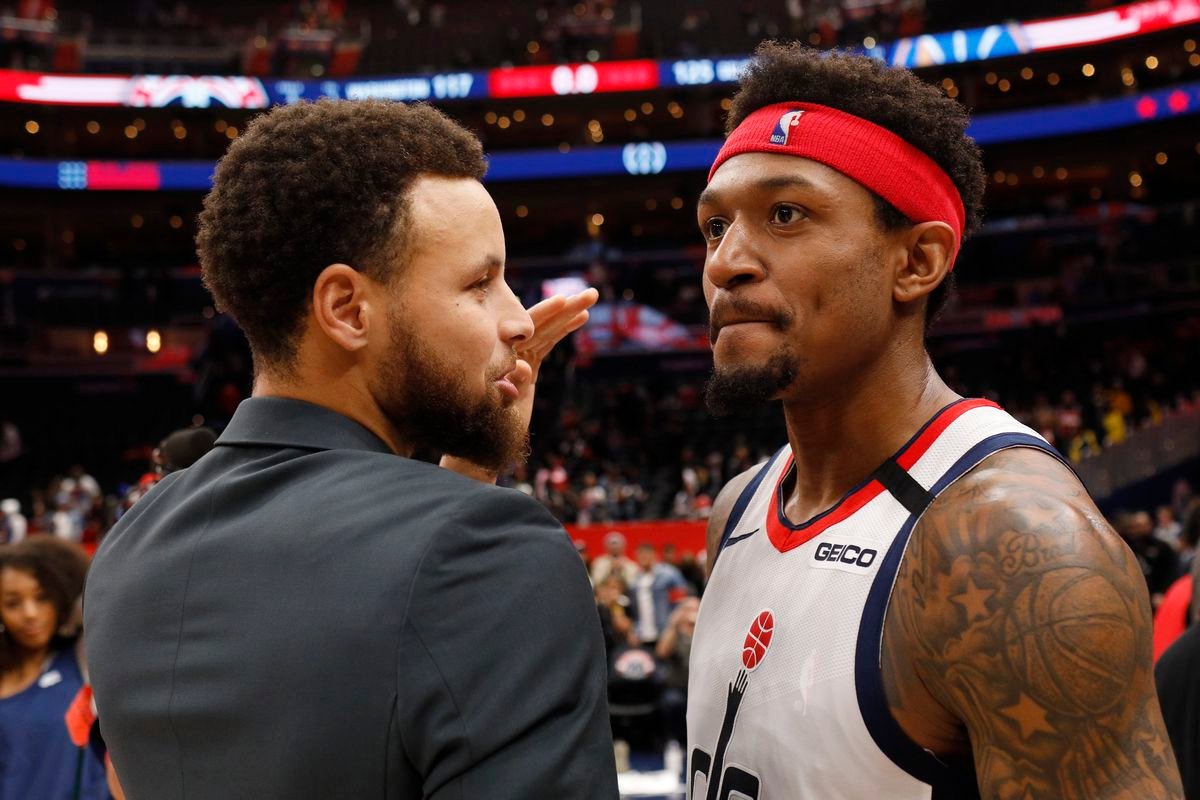 The Golden State Warriors dominated the NBA over the last few seasons. In fact, they went to five straight NBA Finals series from 2015 through 2019.

During that stretch, the Warriors won three championships, including back-to-back titles in 2017 and 2018. However, the tide has taken a turn for the worst.

After losing to the Toronto Raptors in 2019, the Warriors won just 15 games in 2019-20. And they followed that up by missing the playoffs for the second straight season.

But with Klay Thompson expected to return next season, the Warriors are expected to contend for a playoff spot. With that being said, it is being reported that the veteran players want the front office to produce a roster capable of competing for a title.

One name that was on the Warriors wishlist was Damian Lillard. However, it is not certain if the All-Star guard actually wants to leave Portland.

Another name that was recently linked to the Warriors is Wizards shooting guard Bradley Beal. This would be a good fit on multiple fronts.

Why Bradley Beal would be a good fit with the Warriors

It is no secret that the Golden State Warriors are a ball-movement-oriented team on offense. Beal would be a good fit here as well, as he posted 4.4 assists per contest.

Another element that Beal would add to the Warriors roster is 3-point shooting. Although he shot 34.9 percent from a distance last season, he is shooting 37.7 percent from beyond the arc for his career.

Given those factors and that Beal will be 28 years of age, he and the Warriors would be a good match. The question is, does Beal want out of Washington?

If that comes to fruition, the next question is will the seventh and 14th picks be enough to acquire his services? Because if Beal does request a trade, the Warriors won’t be the only team interested in acquiring his services.