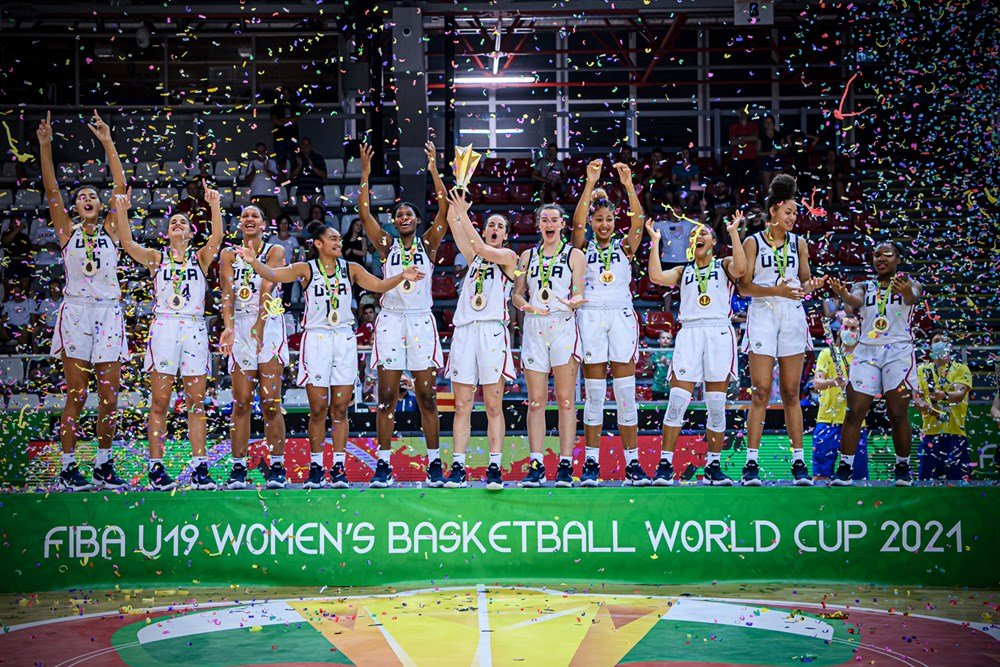 DEBRECEN (Hungary) – The United States show no signs of ending their dominance of the FIBA U19 Women’s Basketball World Cup as they landed their ninth title and successfully defended the crown they recaptured in 2019 in Bangkok.

The Americans repeated their Final success of two years ago by taking down Australia in the title game again, this time with a 70-52 victory.

It was a team effort from the USA in the Final as Diamond Johnson led the way with 15 points, while Caitlin Clark added 9 points, 8 rebounds and 8 assists, and center Lauren Betts pulled down 14 rebounds.

Earlier in the day, host nation Hungary made history as they took their first-ever podium finish. They secured third place with a commanding 88-67 win against Mali, who also attained their highest-ever finish in the competition.

Caitlin Cark of USA was crowned TISSOT MVP and was joined in the All-Star Five by teammate Sonia Citron, who also played a big role in taking her country to the title. Jade Melbourne was rewarded for her work with Australia in leading them to the second spot, while Julia Boros got the All-Star nod for guiding Hungary to bronze.  Sika Kone of Mali earned her spot by posting a spectacular tournament double-double, leading the competition in both scoring and rebounding.