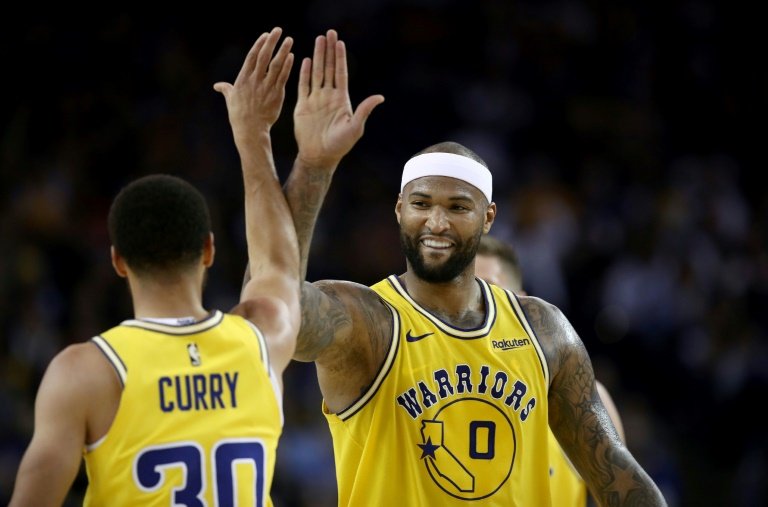 After the warm-up of the regular season, the two-time defending champion Golden State will get down to business with the start of the NBA play-offs on Saturday.

For the fourth time in five years, the Warriors finished the regular season at the top of the hot West conference. But the Oakland franchise totaled “only” 57 wins, its lowest total since the start of his hegemony in 2015, far from his 2015-16 record of 73 wins for nine losses.

Stephen Curry and his teammates have even gone through several turbulence zones this season, such as this series of four straight defeats in November, the first since March 2013.

There is also the altercation in the middle of the match between Draymond Green and Kevin Durant in November, the slow integration of the pivot DeMarcus Cousins, back from a long absence on injury, or the lack of success against Klay Thompson’s opponent basket .

Still, Golden State remains the big favorite in its own succession and can become the first team to achieve the “three-peat”, the pass of three, since the Los Angeles Lakers between 2000 and 2002.

The company SportsLine specialized in the analysis of the NBA statistics estimated at 61.6% the probability for the Warriors to be sacred again.

This included a win in the first round against the Los Angeles Clippers who finished the regular season in 8th place at the Western Conference.

“They surprised a lot of people, when we see how they played them months, we will have to play well and fight, “warned the Warriors coach.

The big rival of Golden State, Houston, fell on an opponent even more complicated, Utah.

The clash between top scorer 2018-19 James Harden and top defenseman Rudy Gobert, between the NBA’s second-best attack and second-best defense, promises to be exciting.

The two teams had already played each other in the 2018 play-offs and the Rockets had won their conference semifinal four wins to one.

“It’s going to be hard, but we’re in a good configuration. All Star Game, we play really well, “said Mike d’Antoni, coach of the Texas franchise.

While their record was still negative mid-December (13 v-14 d), the Rockets have won 40 of their last 55 games!

In the East, the Milwaukee surprise

In the East, the regular season has given rise to some big surprises.

Boston, who was to take advantage of LeBron James’ move to Cleveland to take power, had to settle for a modest 4th place.

The Celtics, who will be opposed to the Indiana Pacers in the first round, have often given the impression of being on the verge of implosion, amidst misunderstanding between players.

And it’s Milwaukee that has done well. Driven by the phenomenon Giannis Antetokounmpo, the Bucks have achieved, with 60 wins, their best regular season since the golden period in the early 1970s with Kareem Abdul-Jabbar.

“You can beat any team in these play-offs”, a insured Antetokounmpo, the only one to deprive Harden of a second consecutive MVP trophy.

Milwaukee should have a relatively easy start against Detroit, who snatched his ticket for the play-offs on the final day of the regular season.

The other team coming off East is Philadelphia, opposed to the first round in Brooklyn. But the Sixers could be private for the first game of their star player Joel Embiid, touched at one knee.

Finally, the big missing in this final phase is LeBron James who had played with Miami and Cleveland the last eight finals. His Lakers finished 11th in the Western Conference and are in crisis after Tuesday’s resignation of the legendary Magic Johnson, and the dismissal three days later of coach Luke Walton.