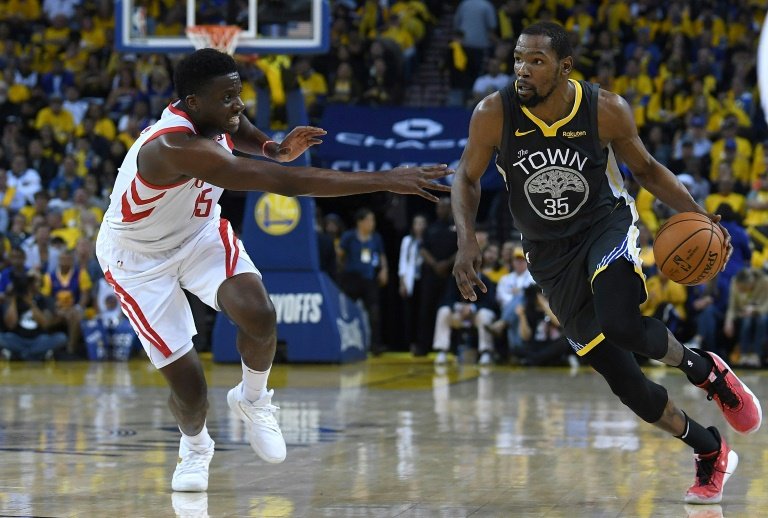 In the West, nothing new so. The Warriors, the two-time defending champion, lead two wins to none in their series against the Texas franchise. Despite 29 new Harden points, the holder took the break on his floor.

“It’s still a little blurry now,” said Harden, who was caught in a duel with Draymond Green in the first quarter and still uncertain for Sunday’s game.

“I could barely see on the field, I tried to help my teammates, I can not see where I’m going, I hope it’ll be better before the next game,” he added.

In the end, the Rockets never really worried the Warriors, who have mastered the game from start to finish, taking advantage of the losses of their opponents’ ball (five balls on their first seven possessions!) To take off.

And, a new, time, the Warriors have made speak their defense to set the tone with Andre Iguadala (16 pts).

On the Rockets side, Clint Capela caught up with Sunday’s ghostly performance with a double-double (14 pts, 10 rebounds) insufficient.

Giannis Antetokounmpo (D) of the Bucks against the Boston Celtics in match 2 of the second round of play-offs, Milwaukee, April 30, 2019 I GETTY IMAGES NORTH AMERICA / AFP / JONATHAN DANIEL

In the East, Giannis Antetokounmpo (29 points, 10 rebounds) and the Bucks set the record straight by leveling at 1-1 against the Celtics completely overwhelmed, the duo Irving-Tatum in the lead (6/28 at shoot).

“They kicked us (Boston win 112-90, NDLR) in the first game so we needed the match 2,” said Antetokounmpo. “It’s always complicated when a team comes to you and wins both games, we had that in mind, we went out, we played hard, we turned the ball, we were confident and that’s how it is we won. “

The Bucks have mostly shot 20 of their shots, setting a record for the play-off franchise with a Khris Middleton on fire (28 points including 7/10 at three points).

A success combined with the clumsiness of the Celtics that allows Milwaukee to equalize before the two rounds in Boston.

At TD Garden, Brad Stevens’ men will have an interest in setting the sights, starting with point guard Kyrie Irving (only 9 points and 22% success).

What to reassure the ‘Greek Freak’ Antetokounmpo: “We just have to resume where we left off”.