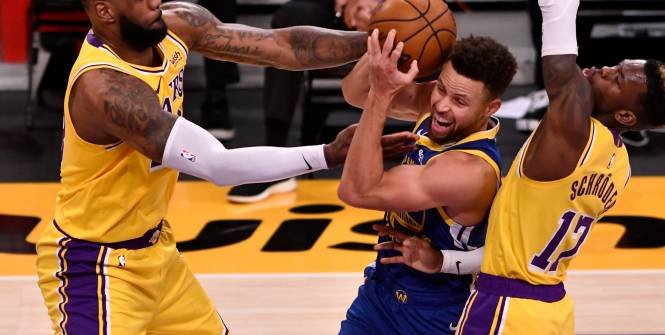 LeBron James believes that Stephen Curry, whom he will face in play-in, is the best player of the season and deserves the title of MVP.

LeBron James (Los Angeles Lakers), before facing the Golden State Warriors in play-in on the night of Wednesday to Thursday: “That our paths continue to cross (with Stephen Curry) in our careers is quite unique and rather cool. We were both born in Northeast Ohio, Akron. I know he spent a lot of time in Charlotte, but he was born in Akron, like me. So we have this same DNA. Our paths crossed again.

I have always had respect for Steph that goes beyond even basketball, it’s great. Look what he’s been up to this year. Everyone wondered if with Klay Thompson’s injury Steph could lead a team on his own, and if he was able to carry a team beyond the regular season, if he could keep a team afloat. Well he did all of that and more. If you are looking for an MVP … […] Sometimes we focus too much on the results of the teams rather than wondering who qualitatively had the best season. And in my opinion, this year, Steph had the best season. He may not be named MVP but he has played the best basketball this season. ”