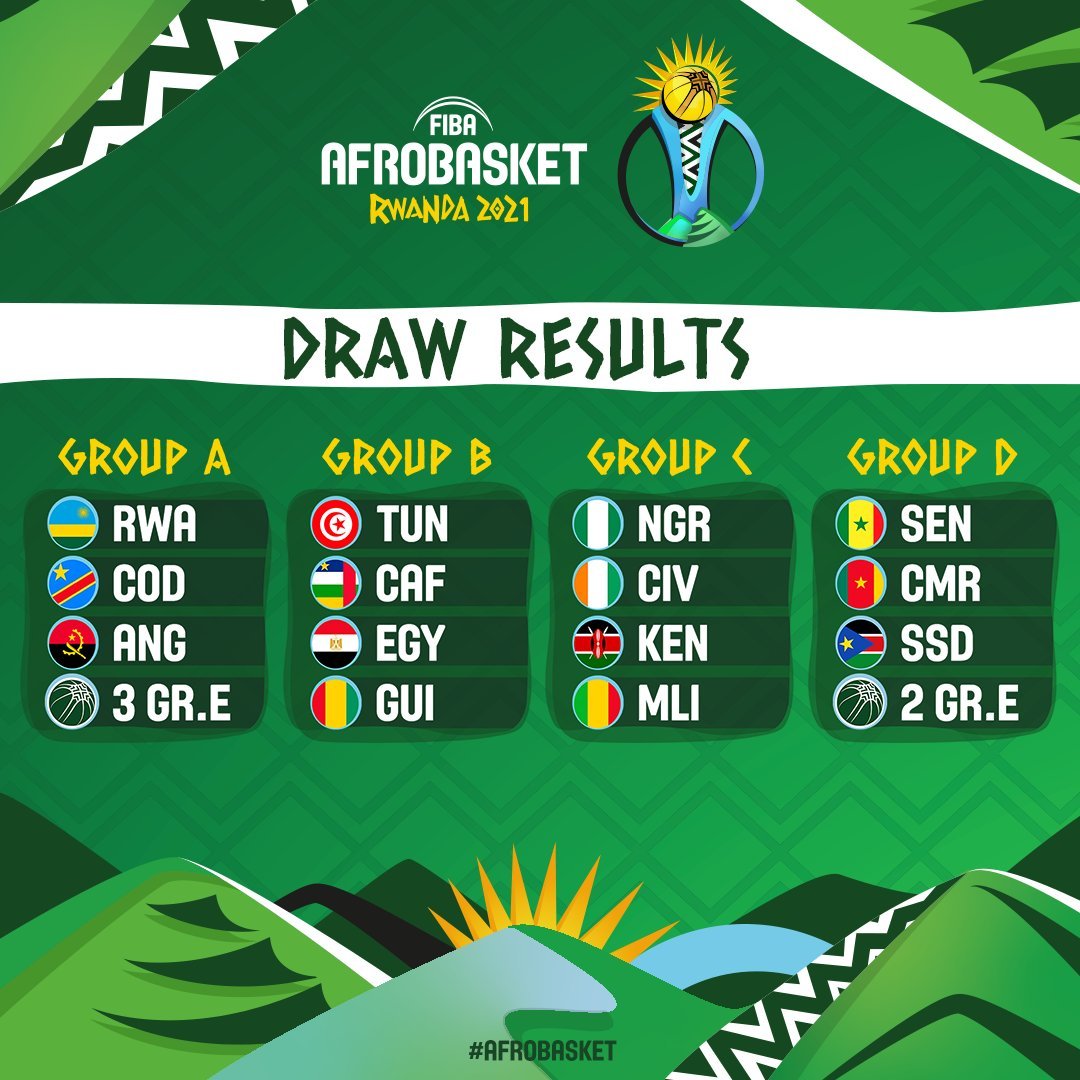 KIGALI (Rwanda) – The field for FIBA AfroBasket 2021 is almost set after Friday’s draw in Kigali, Rwanda, placed 14 of the 16 national teams into four groups of four.

Africa’s flagship basketball tournament will take place in the Rwandan capital from August 25 to September 4.

The draw distributed the 14 qualified teams into four groups of four teams each, as per the seedings, which were assigned based on the FIBA World Ranking Men, presented by Nike.

Two more national teams will be added to the 16-team 2021 FIBA AfroBasket line-up after the completion of Group E, which was suspended due to health concerns. With Egypt already qualified, Cape Verde, Morocco and Uganda will compete for the last two spots still available for this year’s AfroBasket.

The groups for the 2021 FIBA AfroBasket are as follows:

The draw was livestreamed on the FIBA YouTube channel and the official FIBA AfroBasket social media platforms.

The 16 participating teams will compete into four groups of four teams each in the Group Phase, which will take place from August 24-26.

The top two teams from each group will advance to the Knock-Out Phase (Quarter-Finals, Semi-Finals and Finals).

The Third-Place Game and the Final will be played on September 5.