Senegal trailed 26-8 midway the second quarter and under immense pressure found themselves between a rock and a hard place as everything they threw at the basket found its way off the mark contrastingly to what Mozambique converted on every other possession.

A true test of Senegal’s character that saw the fans drop their jaws at every turnover in absolute shock as their super stars showed signs of weakness in the face of their biggest test at home during this competition.

Senegal head coach Cheikh Sarr said in the post-match press conference that, “I had to shout out a little bit in the locker room at the half time break and bring the team together to play better defence and that helped us a lot.”

A full court press strategy on defence and the high tension of the game, Senegal found themselves in foul trouble with their forwards Mame-Marie Sy-Diop and Maimouna Diarra registering four fouls each in the opening two minutes of the game meant that Sarr had to introduce his namesake Oumoul Khairy Sarr.

She did the dirty work in the paint against an unstoppable Leia Dongue who ultimately posted a double double 18 points and 10 rebounds as well as Tamara Seda who picked an incredible 14 rebounds and scored 11 points.

Senegal took their first lead in the game midway the last quarter 52-51 but in a game where the lead changed 12 times in the last five minutes does not even begin to describe the tension in the fully packed 15,000 seater Dakar Arena.

In the end, the hosts won the war to qualify for the Final but the battle awaits them on Sunday as they seek a record 13th African trophy.

Astou Traore as captain once again led from the front registering 16 points and grabing nine rebounds while Bintou Dieme and Sy-Diop added 10 and nine points in that order. 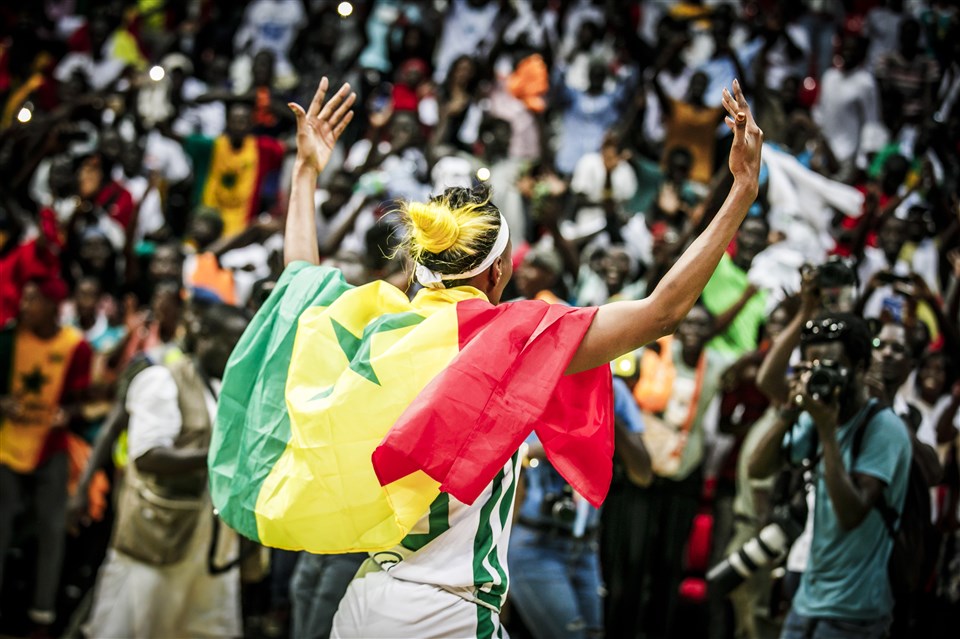 Traore has been key for Senegal at this tournament

Fatou Babou Diagne continued on a shining run for a debutant recording nine rebounds and seven points to bring her average at the tournament to 11.3 rebounds and 9.3 points.

Meanwhile, Nigeria booked their slot in the Final and a chance to defend their title when they defeated Mali 79-58 in a one-sided match that saw D’Tigress maintain their unbeaten run at the biennial competition bringing their win ratio to 4-0. 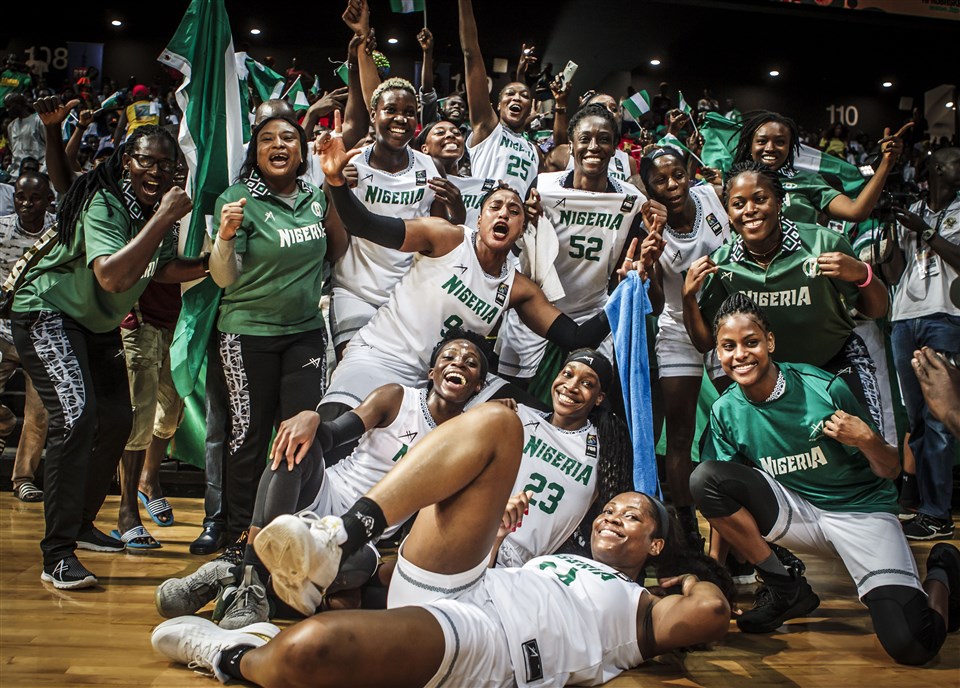 Nigeria, who have looked flawless all tournament, will be playing in their fifth FIBA Women’s AfroBasket Final and hoping to win a fourth African title on Sunday.

Against Mali in their Semi-Final match, Ezinne Kalu for the second day in a row top scored for her side as she amassed 19 points, made five assists and two rebounds to star for Nigeria while playing solid defence on Malian super star Touty Gandega and limiting her to just one assist and a rebound.

Her big minutes were backed by good performances from captain Adaora Elonu, Evelyn Akhator and Atonye Nyingifa who added 13, 12 and 10 points for Nigeria. Akhator’s 13 rebounds for a double double stood out tall as she dealt with the Malian duo of Meiya Tirera and Mariam Coulibaly to the core.

Tirera and Coulibaly themselves scored 14 and 10 points respectively while Djeneba N’Diaye scored 11 points for Mali but the Nigerians were too strong for them and indeed they ended their dream of winning yet another title in Dakar as they did in 2007.

All the Semi-Finalists including Senegal, Nigeria, Mozambique and Mali as well as today’s winners Angola and Democratic Republic of Congo in the Classification games to determine positions 5-8 have automatically made it to the Tokyo 2020 Olympics pre-qualification tournament to be played from November 14-17.