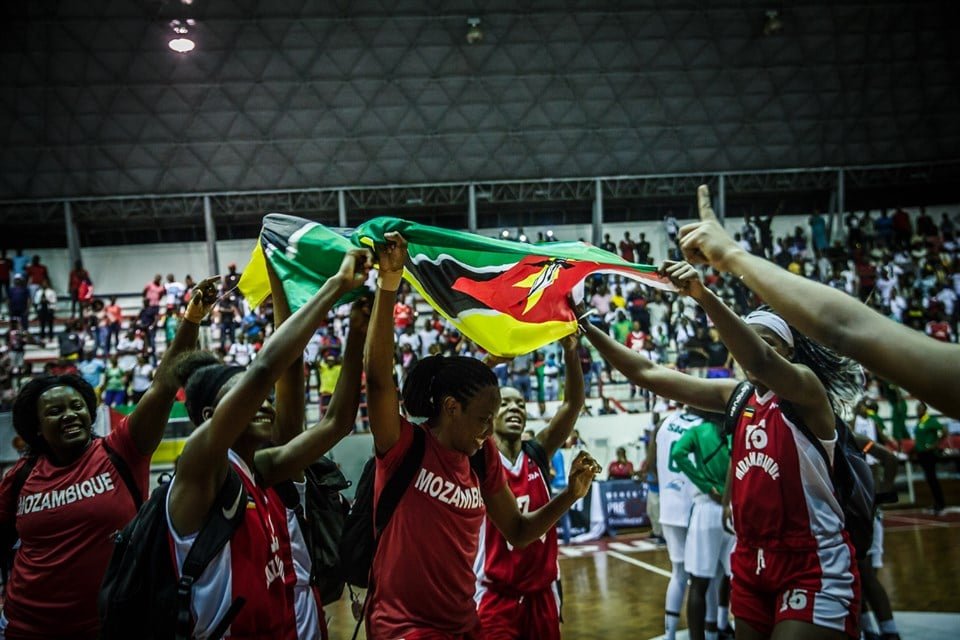 MAPUTO (Mozambique) – Tears of joy and sorrow in equal measure describe the mood inside the Maxaquene Indoor Stadium as the FIBA Women’s Olympic Pre-Qualifying Tournament Africa came to an end on Sunday evening.

African champions Nigeria and hosts Mozambique booked the two available quota tickets for the African region to proceed to the final competition that will be held in February 2020.

Nigeria dismissed Mali 74-59 in yet another showing of dominance to improve their unbeaten record to 16-0 in the past four years in Africa.

Five players recorded double digits including AfroBasket MVP Ezinne Kalu with 15 points and seven rebounds while Ify Ibekwe and Atonye Nyingifa each added 14 and 13 points in that order.

D’Tigress took charge of the game from the onset leading 14-11 at the end of the first quarter and pulled away in the second period 34-25.

Their tenacity and ability to execute with effectiveness on both ends of the court provided them with an avenue to explore their strengths while also punishing the Malians for their mistakes.

A spirited performance in the third quarter that saw them drop 25 points while limiting Mali to just 14 saw them establish a 20-point lead going into the last quarter. The rest is history.

There was no turning back even though the Malians kept fighting to have a stake in the game. The Nigerians were too strong for them on the night. 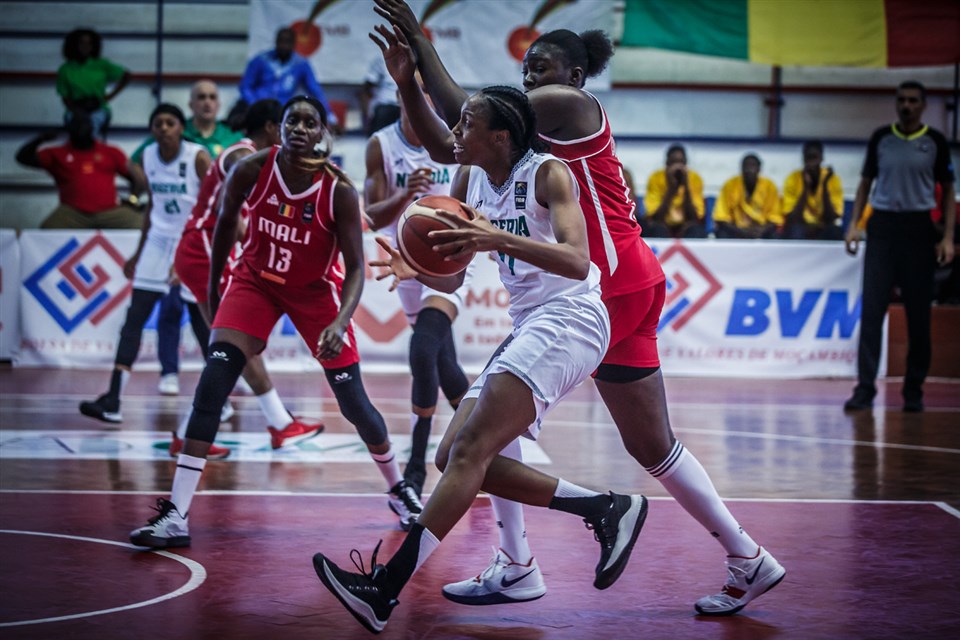 Hosts Mozambique shocked Senegal 56-49 in a very closely contested game that saw the home crowd cheer every basket, steal and rebound to give their players the resounding energy they needed to emerge victorious.

The fans deserved this result. They devised all means of supporting all week – from using drums to customized clapping formations, their task and eventual  reward was to be part of history. 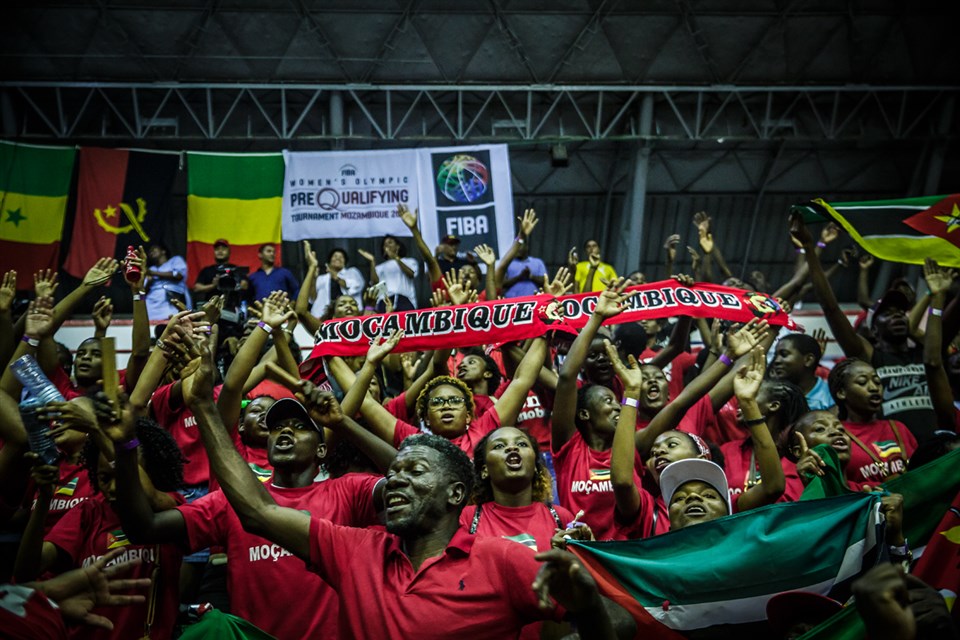 Mozambican fans gave the team their all

They painted their faces and wore the national colors and gave their team the kind of support that they so much craved and the players did not disappoint them.

Shooting guard Ingvild Macauro put in a good shift with 12 points, seven rebounds and five steals to inspire Mozambique to a well-deserved victory that places them in a position of command on the continent but most importantly an opportunity to fight for a place at the Tokyo 2020 Olympics.

Senegal misses out on a chance to qualify for a second consecutive Olympics edition and a third overall after they debuted at Sydney 2000. 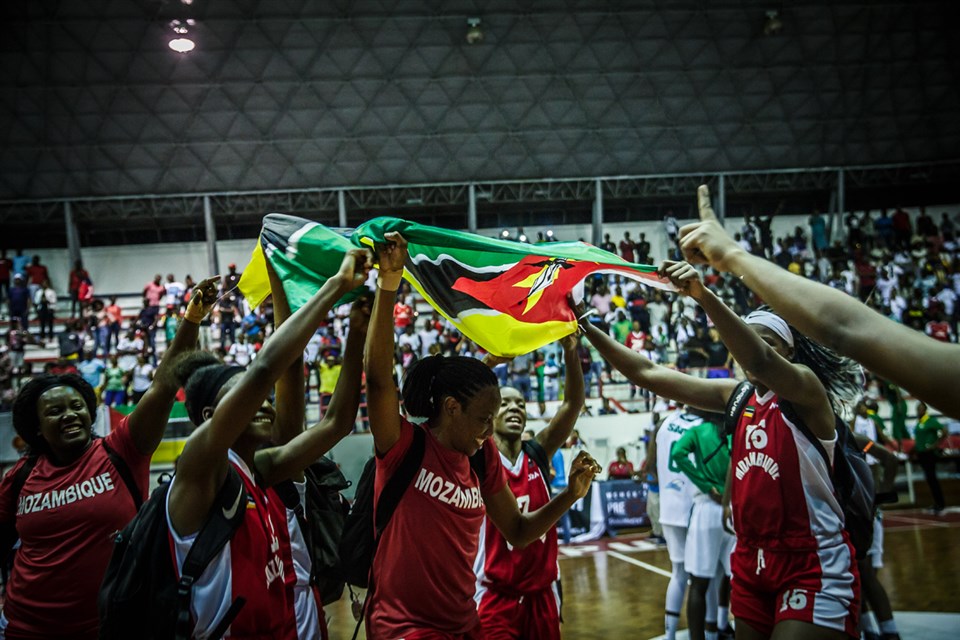 Mozambique are vying for a debut appearance at the Olympics

The National Federations of Belgium (Ostend), China (Foshan), France (Bourges) and Serbia (Belgrade) have been awarded the hosting rights of the four WOQT from February 6-9, 2020.

The 16 WOQT teams will be split into four groups that will then battle for spots at the Tokyo 2020 Olympic Games.