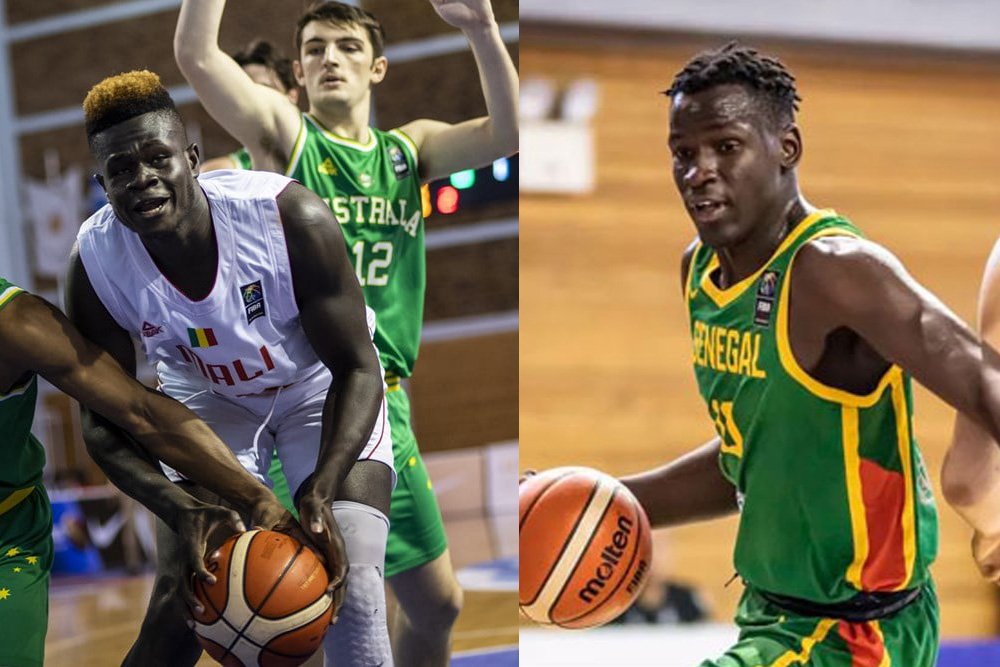 MIES (Switzerland) – The best young players in the world are converging on Latvia from July 3-11 for the FIBA U19 Basketball World Cup 2021, ready to show the globe what they can do. Here are 10 players you definitely do not want to miss – one from each team to spread the love.

Badji is an athletic powerhouse who has been with Spanish powers Barcelona since December 2018. Despite being in Europe, Badji has remained committed to playing for Senegal, competing at the FIBA U19 Basketball World Cup 2019 as a 16-year-old and then helping Senegal finish second at the FIBA U18 African Championship 2020. Badji is a force around the basket, especially defensively as his length, power and agility make him a legitimate threat for a triple-double with blocks. Offensively, his game isn’t quite as polished but he’s deadly rolling to the basket for alley-oops and cleaning the offensive glass.

Ballo will probably never need to buy a drink or meal in Mali for the rest of his life after leading his country to the fairytale run to the FIBA U19 Basketball World Cup 2019 Final – Africa’s biggest accomplishment in global basketball, either youth or senior teams. Ballo is a mountain of a man and his play earned him a spot on the All-Star Five two years ago. Ballo remains just as big and dominant but also has the experience and maturity of having led a team to major heights. He is a force around the basket on offense, armed with an array of moves that can get Mali points in the paint is their offense is stalled. Defensively, he is rock solid though not a premier shot-blocker. But Ballo is a premier rebounder, averaging 11.8 rebounds at the U19 World Cup in 2019. He also earned a spot on the All-Star Five at the FIBA U17 Basketball World Cup 2018 despite Mali finishing 12th as he averaged 20.6 points and a tournament-best 16.9 rebounds including shattering the U17 World Cup record with 32 rebounds in a single game – a triple-overtime loss.

One thing is certain about Bona, there is no questioning his commitment to play for his adopted home of Turkey on the international stage. The native of Nigeria played at the FIBA U16 European Championship in 2018 and 2019 as well as the FIBA U17 Basketball World Cup 2018 and the FIBA U18 European Championship 2019. In addition to playing in Latvia, Bona is on Turkey’s preliminary roster for the FIBA U20 European Challengers 2021 later this summer. Bona is an athletic big man full of energy who played last season at a high school in the United States. He is still refining his offensive game, which mainly features highlight dunks and scores right around the basket. But Bona is an intimidator at the basket on defense with his excellent shot-blocking skills.

Daniels is a do-it-all combo guard who can help his team consistently all game with a passion for defense. Daniels played for the NBA Global Academy in Australia and will be playing with the G-League Ignite team next season. His size gives him an advantage when he takes over the point guard spot and he has good athleticism and a quick first step while also being a good leader on the court. Daniels played for Australia’s senior national team at the Asia Cup 2021 Qualifiers against New Zealand and he picked up 23 points, 4 assists and 6 steals in the February 2021 window. That was actually his debut for his country as the 2003-born player missed a chance to play at the FIBA U17 Basketball World Cup 2020, which was cancelled due to the COVID-19 pandemic. He will be one of Australia’s major leaders similar to what Dante Exum was for the Emus back in 2013 when they took fourth place.

Holmgren is the frontrunner for the No. 1 pick in the 2022 NBA Draft as the big man from the state of Minnesota will be heading to Gonzaga University before assuredly making his way to the NBA. The athletic forward can do it all, including knock down the three-pointer to accompany his array of moves around the basket and his ability to drive as well. He dominates on the glass because of his height and length, which also makes him an elite shot-blocker. Holgrem is still growing into his body as he remains slender. This will be the first time that he is playing a FIBA competition.

Houstan will be playing for the second time on the youth global stage as he played two years younger at the FIBA U17 Basketball World Cup 2018. He also was a force at the FIBA U16 Americas Championship 2019, where Canada finished second. The 2003-born wing is an absolutely deadly sniper who helped Monteverde Academy to the United States high school title this past season (along with Canada U19 teammate Ryan Nembhard). Houstan is projected to be a lottery pick in next year’s draft with his good size on the wing, which gives him the strength to rebound while he can also drive and also use his knack for space to get to loose balls. He uses athleticism to defend well and can finish above the rim. Houstan might be a year younger than the rest of the competition, but he will likely be a leader for a Canada team that has the aim of winning the country’s second U19 crown following 2017.

Jovic is the Serbian equivalent of a Swiss Army knife that can punish you in so many ways, especially with his versatility on offense. Jovic, who was actually born in England and moved to Serbia when he was 9 years old, will be playing in a FIBA competition for the first time. He has already debuted in the Adriatic ABA League as a 17-year-old playing for Mega Belgrade. Jovic has the size of a center but can handle the ball on the wing with excellent passing skills as well. He can drive to the basket and finish above the rim but he also isn’t afraid to fight for offensive rebounds. His outside shot is not reliable though he takes it with confidence. Defensively, Jovic is an excellent help defender with his rim protection and also does a strong job swiping passes. He is definitely one of the next stars of Serbian basketball.

Nunez was a last-minute addition to the team as he was not included in the preliminary roster for Spain, but the Iberians will be that much better with one of the best young point guards on the continent. Nunez has already earned minutes in two playoff games with Real Madrid’s senior team this season. The 2004-born playmaker is mature beyond his years with his patience and game understanding and knowledge of going for a basket when he team needs a score. Nunez has a killer instinct – especially on the offensive side of the ball, also possessing the outside shooting ability to drain important three-pointers. Defensively he is solid, especially because of his excellent anticipation that leads to many steals. Nunez also has been around winners. He helped Real Madrid twice win qualifying events for the Adidas Next Generation Tournament and he was named to the All-Star Five after helping Spain win the FIBA U16 European Championship 2019 – despite being two years younger than the competition. His late arrival with the team might slow his integration but his team play on offense should quicken that process.

Tubelis is a regular for Lithuania’s youth ranks as he played at the FIBA U16 European Championship in 2017 and 2018 and the FIBA U18 European Championship in 2019. It will be the first time on the global stage for the forward, who has a twin brother Tautvilas who has also played for Lithuania internationally. Azuolas played last season at the University of Arizona and showed his broad set of skills. He plays within himself and doesn’t try things he cannot do. Tubelis’ strong body allows him to finish around the basket with an array of moves but he can also play in the pick-and-roll game, flashing a jumpshot that extends out beyond the three-point line and is getting more consistent. The smooth lefty finishes above the rim and can get out in transition. Tubelis uses his athleticism and anticipation to block shots but he still hasn’t excelled with his passing game. He will need a big tournament for Lithuania to challenge for the podium.

Wembanyama is a once-in-a-generation talent – a player who really must be watched to have a full understanding of what he can do. Still two years younger than the rest of the competition, Wembanyama’s length never seems to end – but neither does the skill set he is putting together. Obviously he is an impenetrable wall as a shot-blocker and his length allows for a huge advantage rebounding wise. But Wembanyama also will catch you off guard when he is on offense, doing things you don’t expect someone of his size to be able to do. He can shoot out to beyond the three-point line and also has a nice turn-around baseline jumper. He is not afraid to put the ball on the floor and has a very good understanding of the game which gives him very good passing skills for a big man. This will be the second time Wembanyama plays for France after guiding the country to second place at the FIBA U16 European Championship 2019 where he earned a spot in the All-Star Five despite being a year younger.

Okay, those were 10 players to watch, let’s give you one more from each of the other six countries, so you have them for game time: Juan Francisco Fernandez Argentina; Lawrence Harper Jr, Japan; Kriss Helmanis, Latvia; Phillip Wheeler, Puerto Rico; Amirhossein Yazarloo, Iran; and Yeo JunSeok, Korea.