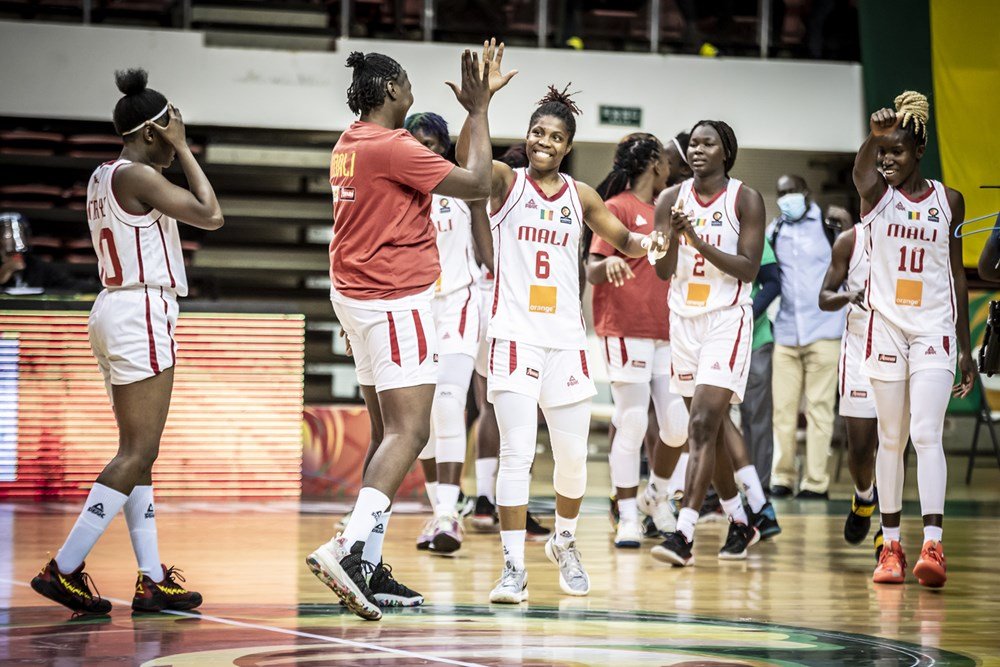 YAOUNDE (Cameroon) – All group leaders of the FIBA Women’s AfroBasket – Nigeria, Senegal, Cameroon and Mali – have showed reason why they were top seeded as they all book their places in the Semi-Finals on Thursday.

Nigeria began the race to the Last Four round when they dispatched Cote D’Ivoire by 72-56 in the first Quarter-Finals of the day.

The defending champion started the game on a fast pace to open a 24-8 lead in the first quarter but decided to slow down.

2019 MVP, Ezinne Kalu led the Nigerian charge with 17 points, four rebounds, six assists and finished as the most efficient player on court with 24 rating. Forward Amy Okonkwo and Oderah Chidom combine for 27 points.

Cote D’Ivoire duo of Salimata Berte and Djefarima Diawara made up 24 points of their side total points haul. Nigeria were the better side on the board with 49-38 and 16-11 assists.

In the second Quarter-Finals of the day, Senegal though lost the board to Mozambique (39-33), they were the better side as they improved their winning streak to 3-0 after beating Mozambique 74-46.

Mozambique point guard Anabela Cossa was the only player in double digits with 10 points, four rebounds and two assists with Tamara Seda proved the best on the board with 10 rebounds and eight points.

In Thursday’s third game, Cameroon’ strength was stretched to the limit by an enterprising and never say-die youthful Egyptian side in the third Quarter-Finals at the Palais Polyvalent des Sports arena.

The Lioness prevail by 67-61 to book their place in the semis.

Not even the combined 47 points recorded by Egypt trio of Raneem Elgedawy (19), Soraya Degheidy (16) and Nadine Mohammed Sayed (12) could stop Cameroon from going through.

Cameroon’s Dulcy Fankam was in superb form for her side with a double double figure of 16 points, 18 rebounds, three steal, three blocks and 31 efficiency rating, Marguerite Effa 19 points and eight rebounds with points from other players saw the host through.

Mali concluded proceeding in the first three quarters in their match up against former champion Angola to ease to a 74-53 victory as they picked the last Semi-Finals ticket.

Mali duo Sika Kone and Mariam Coulibaly knocked down double double of 14 points, 10 rebounds and 11 points and 14 rebounds respectively with Djeneba N’Diaye adding 14 points for their side well deserved win.

Though Angola could not match-up the Malian but four of their players -Cristina Matiquite – 15, Avelina Peso – 11, Ana Goncalves – 10 and Regina Pequeno – 10 – gave a good account of themselves as they combined for 46 points of their side total.