DAKAR (Senegal) – Reigning champions Nigeria got off to a perfect start at the FIBA Women’s AfroBasket 2019 with a 75-26 win over Tunisia at the magnificent Dakar Arena on Saturday to go top of Group B.

Power forward Evelyn Akhator dropped the tournament’s first double double with 13 points, 12 rebounds, three assists, two steals and one block to inspire D’Tigress to a resounding victory to send an early warning to all their opponents.

“WE STILL NEED TO GET BETTER BECAUSE THIS IS THE [WOMEN’S] AFROBASKET. THIS GAME WAS LIKE BREAD AND BUTTER BECAUSE THE MAIN MEAL IS YET TO COME SO WE HAVE TO KEEP FIGHTING AND PLAYING HARD,”– Akhator

A 14-6 lead at the end of the first quarter showed the gulf in class as Otis Hughley Jr’s outfit dominated the action on both ends of the court with absolute command showcased by Atonye Nyingifa who got right to the gist of the matter and eventually dropped a total of 12 points, picked four rebounds and one assist.

At half time, Nigeria led 40-10 much to the discomfort of the North Africans who were torn in between anger and disappointment for such a mediocre fight they put up against a much stronger side.

Hughley Jr used the opportunity to rotate his squad and give minutes to everyone while trying out different combinations on court and indeed as he said later, Nigeria are turning a new page from the FIBA Women’s Basketball World Cup 2018 showdown in Spain.

Akhator told FIBA.basketball exclusively after the game that, “We still need to get better because this is the [Women’s] AfroBasket. This game was like bread and butter because the main meal is yet to come so we have to keep fighting and play hard.”

None of the Tunisian players made it to double figures but Rania Laouini picked eight rebounds and made five points in a game that her and her teammates will want to forget for more reasons that one. 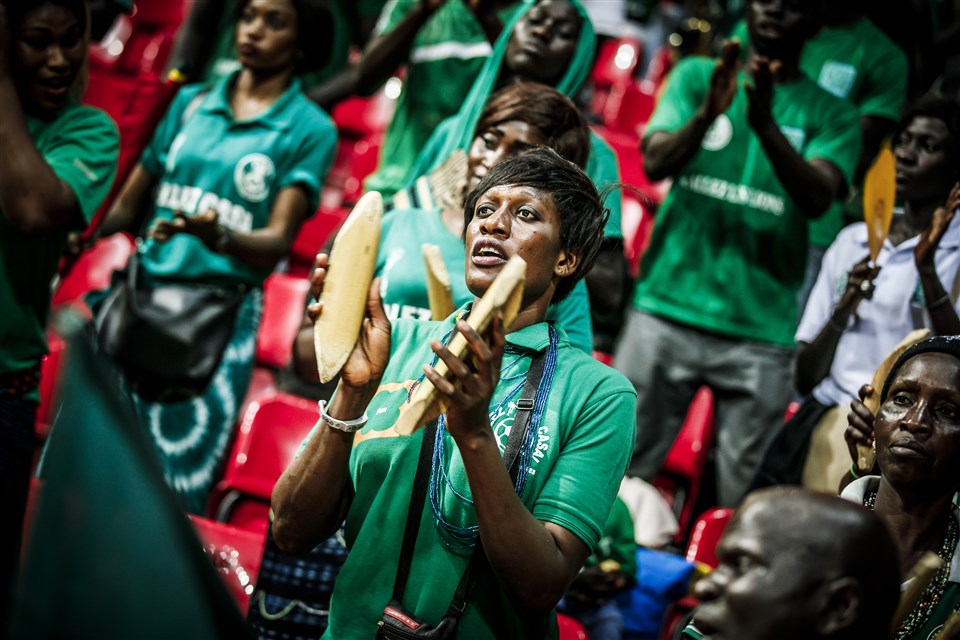 Meanwhile, hosts Senegal overcame a nervous start to eventually make light work of Cote d’Ivoire in a typical West African derby that brought out the best of the two sides in the first half.

In the presence of the Senegal Head of State Macky Sall, the Lionesses found themselves between a rock and a hard place when the Ivorians led 22-18 at the end of the first quarter.

A proper pep talk from Senegal head coach Cheikh Sarr at the break got the home side into beast mode and they were unstoppable scoring 22 points while playing a full court press to limit Cote d’Ivoire to just four points as they lead 37-22 at half time.

The rest as they say was history in the third quarter when Mame-Marie Sy scored a quick five points and picked a defensive rebound on the other end of the court to send the home crowd into celebration and Senegal did not look back from this powerful and result-defining moment.

Senegal won the third quarter 28-12 but Cote d’Ivoire had given up at this point and the hosts enjoyed the party and went for the kill limiting their opponents to just two points in the last quarter in a show of great defence.

Bintou Dieme, who was running point, made a strong case for Sarr’s confidence in starting her by posting impressive figures to cause a headache for Alpha Mane’s bewildered side. An impressive 14 points, seven assists, four rebounds and one steal showed that going forward, she will play a key role in Senegal’s offence.

Elsewhere, the 2017 bronze medalists Mali edged Angola 71-63 in the day’s most contested tie to cast the dice and renew an old rivalry.

Angola have themselves to blame as complacency and the lack of concentration in the last quarter replaced an earlier urge to win at all costs.

The first quarter was tied 16 up but Mali stepped up to hold a four point lead at the half time break 30-26 with point guard Touty Gandega doing everything in her means to stop Angola’s poster girl Italee Lucas.

A young side littered with veteran Meiya Tirera stepped up to the occasion with Kadidia Maiga dropping a trio of three-pointers and eventually 15 points that destroyed the Angolan spirit and they never recovered from her strength behind the arc. Tirera registered 16 points and picked 12 rebounds to dominate a paint that had the returning Nadir Manuel and veteran Filipe Ngiendula who picked 10 and eight rebounds in that order.

The latter added 16 points but it was [Women’s ] AfroBasket debutant Alexia Dizeko that had a field day dropping 17 points but their efforts were not enough to help Angola get their first victory. They will have to wait longer now.

Eleuteria Lhavanguane added 10 points while Leia Dongue picked seven rebounds and nine points in a not-so-convincing result but as Seda admitted they need to get better in their next game.