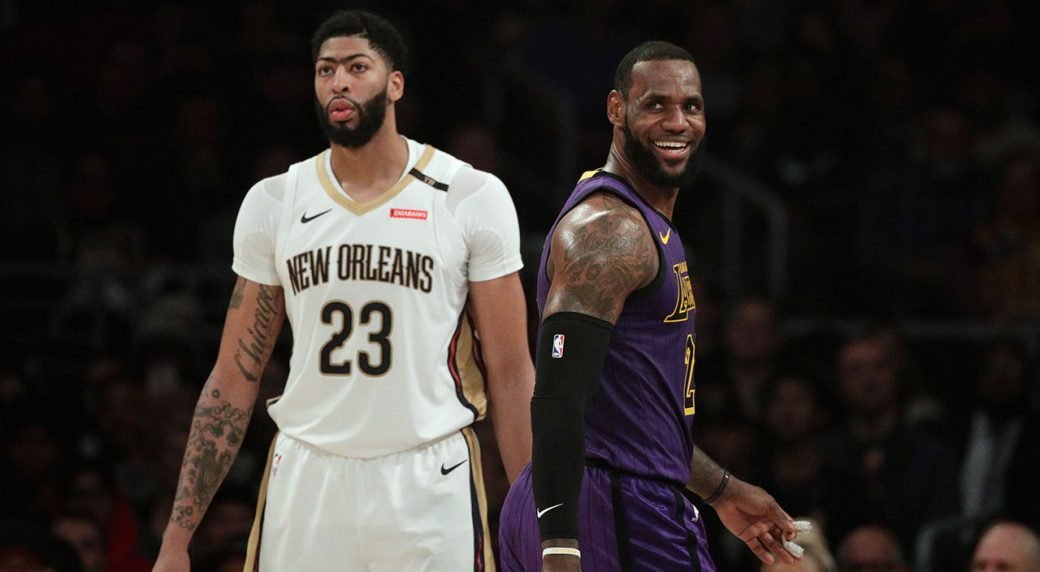 The Los Angeles Lakers and New Orleans Pelicans have agreed to a trade that will send centre Anthony Davis to the Lakers, according to ESPN’s Adrian Wojnarowski.

The Pelicans are set to acquire Lonzo Ball, Brandon Ingram, Josh Hart, and three first-round picks in return, including the fourth-overall selection in the 2019 draft.

The Pelicans have agreed to a deal to trade Anthony Davis to the Lakers for Lonzo Ball, Brandon Ingram, Josh Hart, and three first-round picks – including the No. 4 overall in 2019 Draft, league sources tell ESPN.133K10:27 PM – Jun 15, 2019Twitter Ads info and privacy88.5K people are talking about this

Davis had been the subject of trade speculation for much of the season after the six-time All-Star told the Pelicans he would not sign an extension with New Orleans.

Los Angeles emerged as a suitor leading up to the trade deadline, with reports surfacing suggesting they would be willing to part with a significant number of young assets to find a second superstar to pair with LeBron James.

In Davis, they certainly did just that. The 26-year-old averaged 25.9 points per game and 12 rebounds last season while shooting 51.7 per cent from the field, and has been named to three All-NBA teams during his career.

Davis is set to earn just over $27 million next season, with a player option for the year after.

At the moment, Davis still intends to opt out of that option and enter free agency next summer, according to Chris Haynes of Yahoo Sports.

Depending on if Davis chooses to waive his $4-million trade bonus, the Lakers will have either $27.8 million or $32.5 million to pursue another star in free agency, according to ESPN’s Bobby Marks.

Among their top targets is pending Charlotte Hornets free agent, Kemba Walker, according to Marc Stein.

For the Pelicans, Ball and Ingram offer an influx of young talent to pair with presumptive first-overall pick in this year’s draft, Zion Williamson.

Ball averaged 9.9 points, 5.3 rebounds and 5.4 assists last season but was limited to just 47 games due to an ankle injury.

Ingram also dealt with injuries last year, missing time with a shoulder injury that ultimately proved to be deep venous thrombosis in his right arm. In 52 appearances he averaged 18.3 points and 5.1 rebounds on 49.7 per cent shooting.