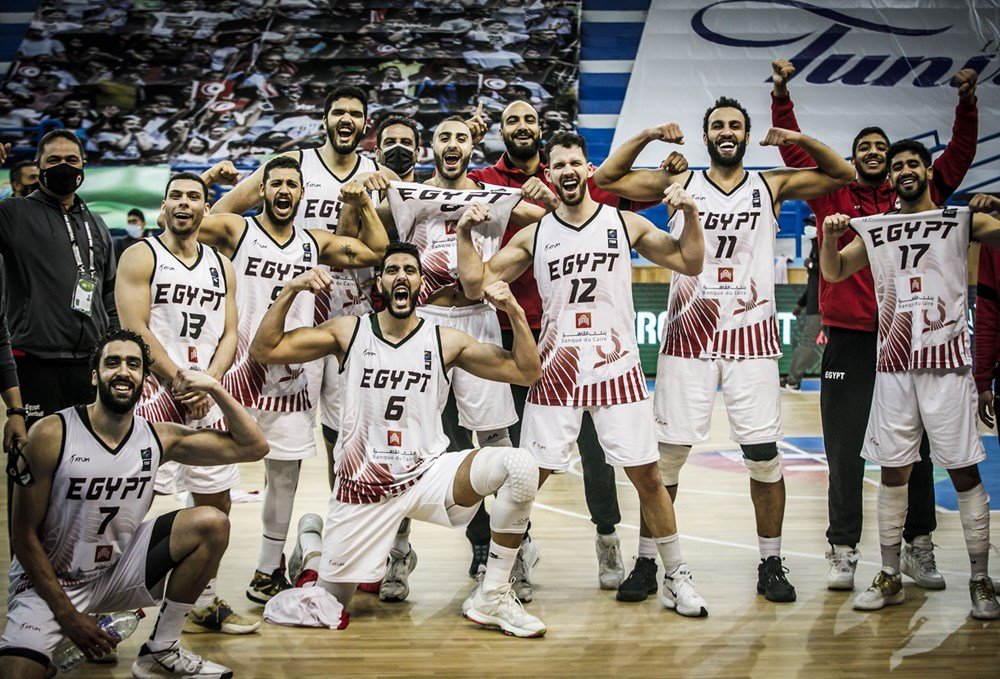 MONASTIR/YAOUNDE (Tunisia/Cameroon) – The 20-team FIBA AfroBasket 2021 Qualifiers came to a close with only four nations undefeated and there’s been some thrilling games on Sunday.

With the last window of the Qualifiers taking place across two African cities of Monastir and Yaounde over the last five days, we witnessed 42 games where teams battled it out for a chance to compete at this year’s African Championship, which will be staged in Kigali, Rwanda. from August 24 to September 5.

Playing in their coastal city of Monastir, Tunisia on Sunday needed to step up to overcome a stubborn Central African  Republic (CAF) 63-58 to maintain their Group A unbeaten run.

Tunisia qualified for the Final Round on the back of a 6-0 edge.

Trailing Tunisia in second place with nine points thanks to a 3-3 record, the Democratic Republic of Congo dispatched Madagascar 89-64 in Sunday’s Group A last action in Monastir.

In the first game of the day, Egypt maintained their Group E campaign unmatched after demolishing Morocco 84-59.

The former African champions advanced to the Kigali showdown with a perfect 5-0.

Nigeria who played their Group D’s Second Round of the Qualifiers from February 17-19, stayed perfect in three games as they too qualified for the Finals with a 6-0 mark.

There was drama and revenge in the Cameroonian capital city of Yaounde on Sunday.

After being stunned by Kenya on Saturday night, Angola bounced back, trouncing Senegal 82-51 to finish second in Group B behind Senegal.

Senegal defeated Angola 66-51 in the First Round of the Qualifiers last November.

The Senegalese won the group with 11 points thanks to a 5-1 winning ratio, Angola finished second (4-2) with 10 points.

And Mozambique’s Group B campaign finished with an encouraging 71-44 demolition over Kenya.

In Group C’s highly-anticipated game, Cote d’Ivoire, once again, proved too much for hosts Cameroon as they won 64-57.

It was the Ivorians’ second win over Cameroon in Yaounde, having beaten the Cameroonians 82-74 in the First Round in February 2020.