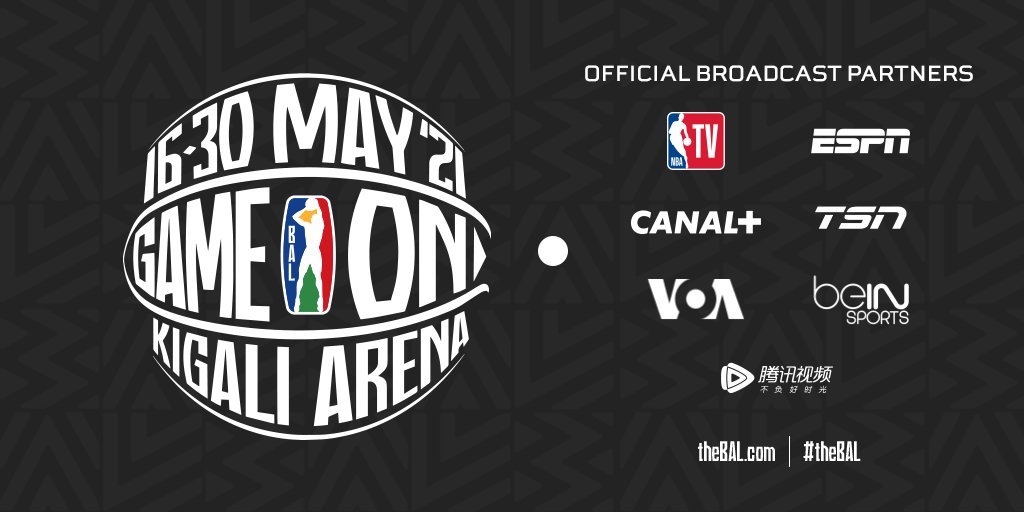 Canal+ and ESPN will air all 26 BAL games across Francophone and Anglophone countries and territories in sub-Saharan Africa. Canal+ will also produce and distribute original ancillary programming, including weekly magazine show “BAL Action.” VOA will broadcast 24 games, including select games in English, French, Portuguese, Kinyarwanda, Bambara and Wolof across its extensive radio network in Africa, with additional programming across its online and mobile platforms. beIN Media Group, the global sports and entertainment broadcaster, through its flagship channel beIN SPORTS, will air all 26 games in Arabic in the Middle East and North Africa, including the opening game, quarterfinals, semifinals and Finals.

In the U.S, all games will be available on ESPN+ while the opening game and Finals will also air on ESPNews. ESPN will air the opening game and Finals in select countries in Asia-Pacific, the Caribbean, Europe and Latin America, and all BAL games will air on ESPN’s digital platforms in those same regions. BAL games and programming will also be available in Canada on TSN and in China on Tencent Video. AFN, which is distributed in 168 countries and territories to American military bases and ships at seas, will air select games live and on delay throughout the season.

NBA TV will broadcast 12 live games and select games on delay in the U.S. and around the world across the group phase, quarterfinals, semifinals and Finals. All BAL games will livestream on the NBA App, the official NBA website NBA.com and the official BAL website, theBAL.com.

“We’re excited to work with this group of world-class distribution partners to broadcast our historic inaugural season,” said BAL President Amadou Gallo Fall. “I encourage basketball fans in Africa and around the world to tune in on May 16 and throughout the season to see the best talent in Africa and beyond compete for the right to be crowned the first BAL champion.”

BAL game broadcasts will utilize the NBA’s Global Statistical System (NGSS), which has been built and supported by NBA partner Genius Sports.

The BAL will tip off with an 18-game group phase with the 12 teams divided into three groups of four. During the group phase, each team will face the three other teams in its group once. The top eight teams from the group phase will qualify for the playoffs, which will be single elimination in all three rounds.

Additional details about the BAL will be announced in the coming days.  Below is the complete BAL game schedule: